Another divisional rivalry game, another fight in the stands between fans.

Two Mets fans wearing Jacob deGrom jerseys violently punched a fan in a Braves jersey in the face on Saturday during a doubleheader at Citi Field, video posted to Twitter shows.

One person in the video can be heard loudly egging the Mets fans on, telling them to “f–k him up.” 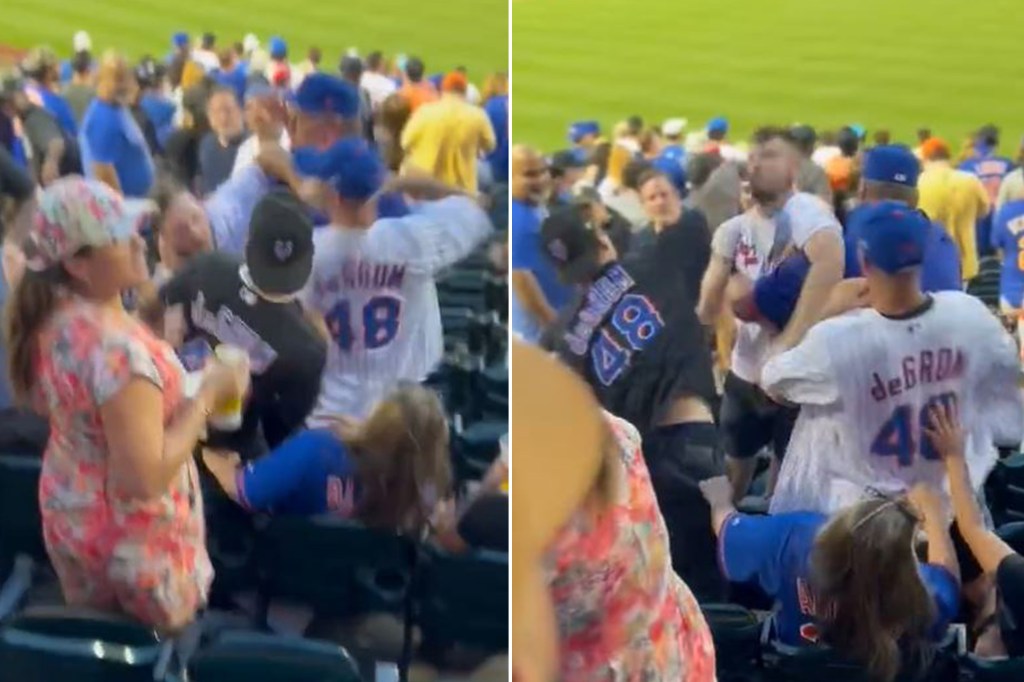 Mets fans in Jacob deGrom jerseys punched a fan in a Braves jersey in the face during a fight on Saturday.Twitter/@xluxcyx

It is unknown what happened to the fans after the fight, which appeared to take place in a section down the right-field line.

This isn’t the first time this season fans have brawled in the stands during a rivalry game. Last month, fans of the Yankees and Red Sox got into a violent altercation that resulted in ejections from the stadium.