Javier Baez the rental was palatable to the Mets, so why not buy?

Among the big decisions facing the organization this offseason is how to proceed with the 28-year-old infielder, an impending free agent who proved his mettle over the final two months of the regular season, bringing a dynamic presence to the lineup and slick glove to second base.

Baez slashed .299/.371/.515 with nine homers and 22 RBIs in 47 games for the Mets, after arriving at the trade deadline in a deal that sent 2020 first-round draft pick Pete Crow-Armstrong to the Cubs. The Mets are facing decisions on Michael Conforto, Marcus Stroman and Noah Syndergaard, among other impending free agents, with it likely Baez would require the largest financial commitment from that group.

Already, the Mets have Francisco Lindor signed to a 10-year contract extension (which begins next season) worth $341 million. Baez reportedly turned down a $180 million extension offer from the Cubs before the 2020 season.

As it stands the Mets are set next season to easily eclipse the $210 million luxury-tax threshold in place. But with the expiring collective bargaining agreement that number could increase for 2022.

“I hope he stays,” Lindor told The Post this month. “I don’t have any insights on what is happening there, but I want him to stay. We have all seen what he is capable of doing, and not only that, he is fun to watch. He might be the craziest guy out on the field, but he is fun to watch and he brings fans, he brings wins to the clubhouse and I would love to have him around.” 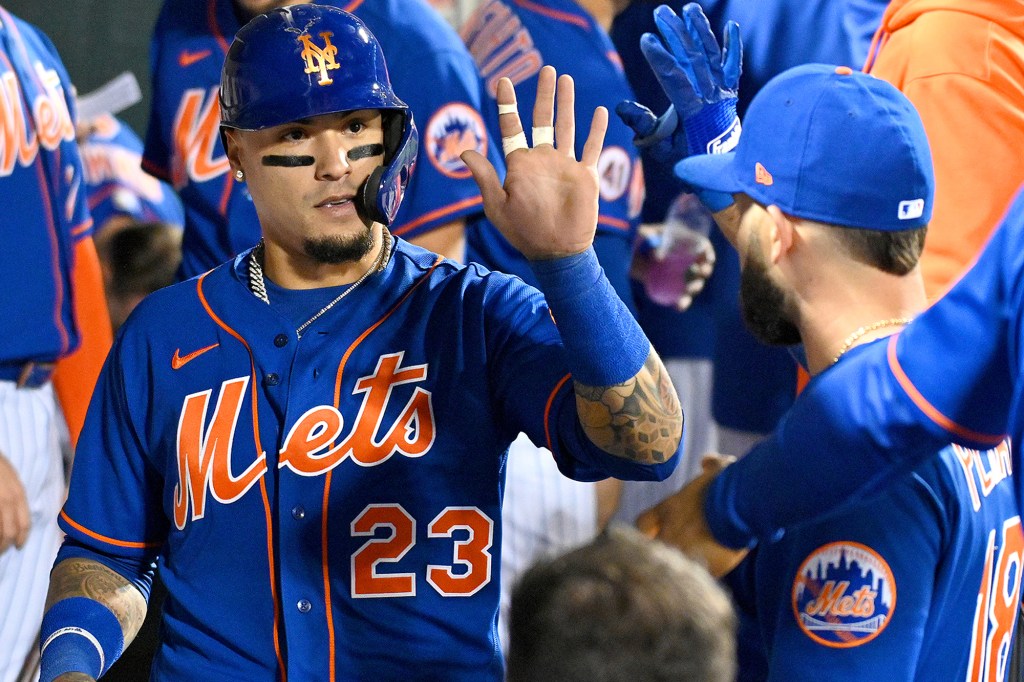 There won’t be a shortage of available high-end infielders available this offseason, with Carlos Correa, Marcus Semien, Trevor Story and Corey Seager joining Baez as players headed to free agency. Unlike the others, Baez can’t have a qualifying offer attached to him (as somebody traded during his final season before free agency), giving him an advantage in the market as a signing that wouldn’t require draft-pick compensation. Correa, Semien, Story and Seager are all expected to receive the qualifying offer from their respective clubs.

But with Lindor entrenched at shortstop, Baez would have to be open to playing second base or perhaps even third, as the Mets weigh the return of Robinson Cano from a 162-game suspension following a positive PED test. The implementation of a universal DH in the upcoming CBA would create more flexibility for Cano (he turns 39 this month), who is still owed $40 million by the Mets through 2023.

Baez proved more than capable at second base, recording three outs above average, according to baseball savant. As a shortstop he recorded zero outs above average. The Mets also received the best of Baez offensively after convincing him to show more plate discipline.

Though Baez created waves in August by saying the thumbs-down sign he and others displayed on the bases as a celebratory tactic were actually a manner of booing the fans, his redemption came in the form of improved play following his return from back spasms that placed him on the injured list.

Ultimately, a newly hired president of baseball operations will have to decide if Baez deserves an armored car filled with team owner Steve Cohen’s money.

“Steve has got a fun offseason ahead of him,” Lindor said. Blackpink To Stop Accepting Gifts From...