“Wow, I didn’t know that,” Diaz said Saturday night when informed by The Post.

“I’ve just got to keep staying healthy and see how many saves I can get in my career.”

Who knows where Diaz’s career is heading? He could remain dominant for many seasons to come, or he could flash for a couple of years and then come crashing back to earth.

Sport is so unpredictable, and baseball is so humbling. In fact, Diaz didn’t look at all superhuman for the Mets on Saturday night. He walked two Phillies and allowed the potential tying and go-ahead runs to advance into scoring position.

On cue, the standing, chanting sellout crowd at Citi Field had gone nuts when the trumpet-blaring song “Narco” — the city’s summer anthem — ushered the closer from the bullpen to the mound. The fans were expecting three straight strikeouts, and instead got a dose of the old Diaz.

The much more human Diaz.

Though he suffered a temporary mechanical breakdown by rushing things, Diaz gathered himself and preserved the Mets’ 1-0 victory by striking out Nick Castellanos with a slider. Diaz did honor the brilliant work of Jacob deGrom, who struck out 10 and allowed only two hits across six scoreless innings in his third start. 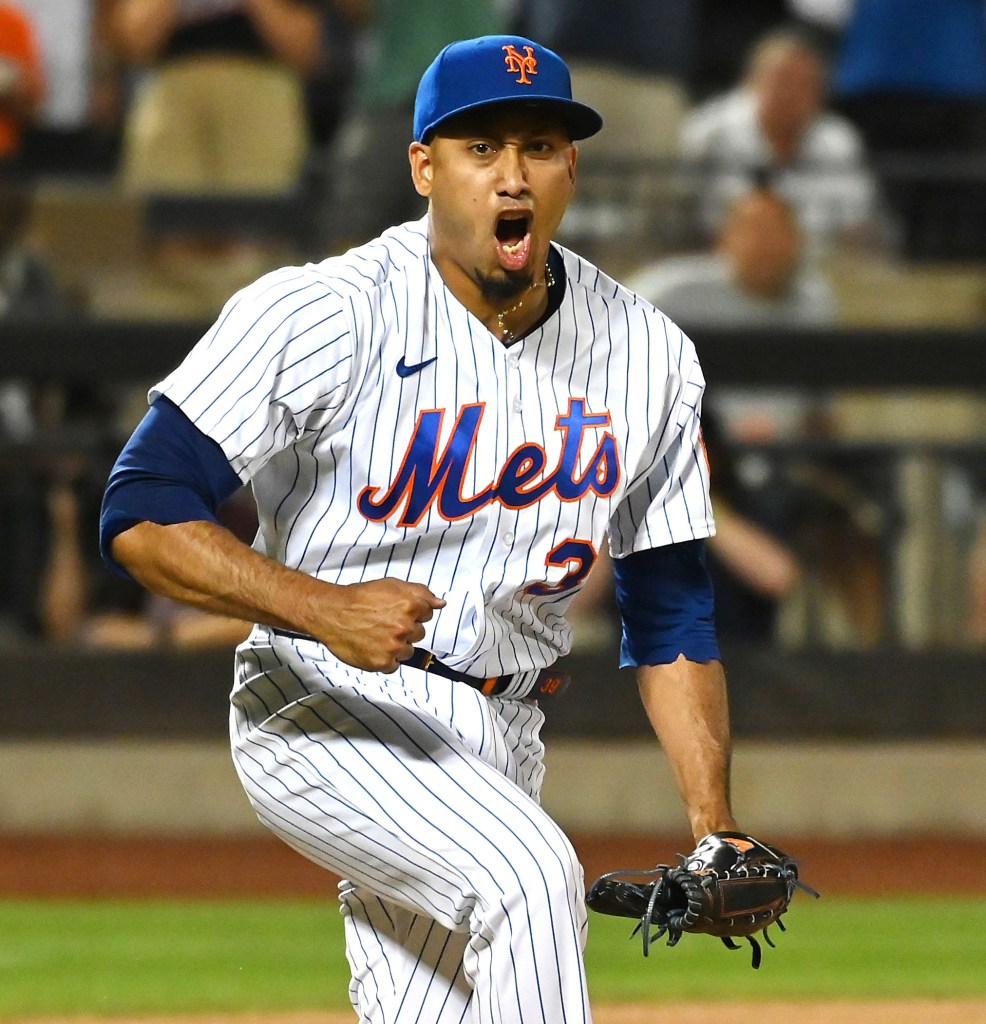 Edwin Diaz celebrates after picking up his 200th save in the Mets’ 1-0 win over the Phillies.Robert Sabo

A younger Diaz would have likely unraveled under that duress. Now?

“I can handle it,” he said. “They’ve got to pass third base to score any runs. … Now I know I can get men on third base, and they’ve got to get a base hit to score. I was nice and relaxed and tried to make my pitches, and I did it.”

Saturday night offered a small-picture illustration of the big-picture adversity Diaz has overcome in New York, suggesting he is going to be a problem — and a big one — for any postseason opponent with designs on preventing the Mets from winning it all. His transformation from total disaster to terminator is still hard to fathom, and yet he makes it sound as clear-cut as one of his video-game fastballs.

After his season from hell in 2019, he merely went home and worked hard and got better.

“And I’ve been getting better every year,” he told The Post before the game. “I knew I had the talent and the stuff.”

The closer has come a long way, baby, after inspiring the Mets to surrender Jarred Kelenic, the sixth overall pick in the 2018 draft, to Seattle for the right to give the ball to Diaz, who had led the majors in saves, with 57, at age 24 in 2018.

Diaz blew seven saves in 2019, his first year in Queens, and posted a 5.59 ERA and a 2-7 record. The fans were brutal, but they weren’t unfair. Diaz could have gone the Joey Gallo route, and instead punched back and made himself the world’s best closer. Where did he get that mental toughness from? 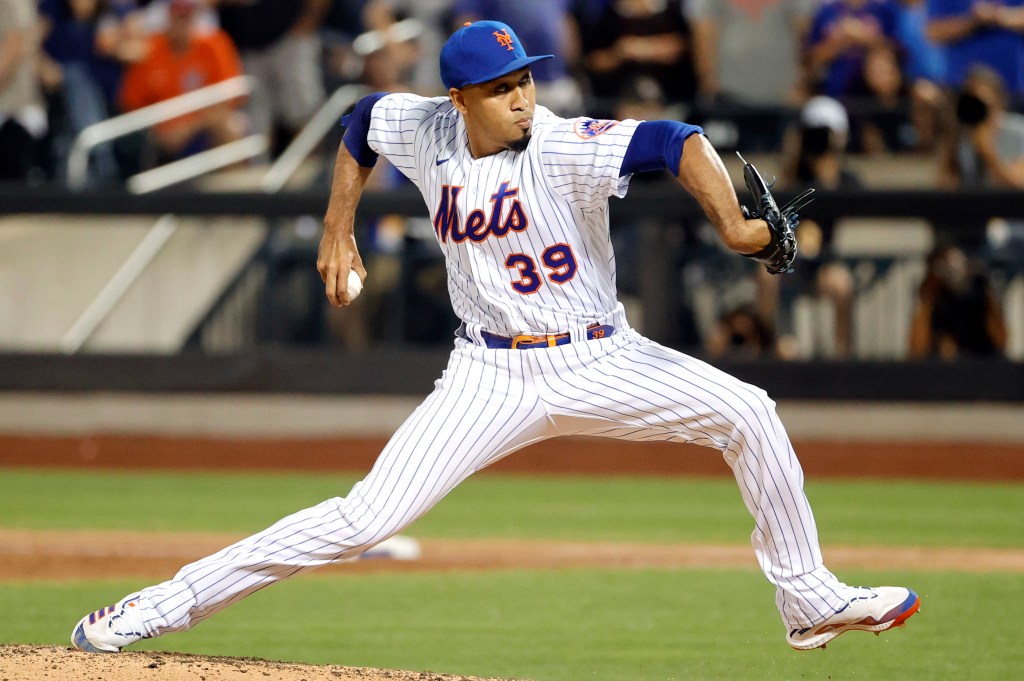 “I think I had it when I got to the big leagues,” he said, “because I got the closer job quickly and learned to flush everything right way. So that’s what I did with the 2019 season — I flushed it right away.”

File that under “Much easier said than done.”

“I think everybody got booed here at some point,” Diaz said, showing an understanding of the market.

After a little time in Diaz’s company, it’s easy to see why he owns a career-best 1.33 ERA and a career-best rate of 18 strikeouts per nine innings. It’s easy to see why he got those six outs against Atlanta last week, and why, after cruising through the Phillies in the ninth inning Friday night, he gave manager Buck Showalter a look that said he was ready to pitch the 10th.

Diaz takes full responsibility for the way the Citi Field crowds treated him three years ago.

The truth is, Diaz has been more than an All-Star closer. He has been a phenomenon, a most improbable summer blockbuster.

“When they opened the gate,” he said Saturday night, “everybody got crazy. And I can feel it when I’m running to the mound. Every time when I make a pitch I can feel the fans supporting me.”

The crowd stayed behind him in the ninth, even when he put deGrom’s masterpiece in jeopardy. The fans were surprised by the struggle, but not angered by it.

“I think it’s a reminder of the level he’s doing it at,” Showalter said. “Almost unheard of.”

If Diaz continues to thrive with the Mets, he’ll join a select group of New York athletes who have overcome New York adversity on the road to New York success.

Most recently, Eli Manning, a two-time Super Bowl MVP who was nearly run out of town in the early years.

Now another big and accurate right arm, Edwin Diaz, burns to deliver something to New York more meaningful than a dominant regular season.

“I want to continue to do my job and help this team win the World Series,” he said.

Diaz firing his glove into the air — Jesse Orosco style — in October? Yes, that would make this amazing transformation complete.