The number of MLB teams who haven’t lost a series this season was reduced to zero Sunday.

In this case the Mets were largely cooked by their bullpen, but one more hit in the ninth inning would have excused that in an 8-7 loss to the Mariners at Citi Field.

The Mariners, who won two of three, became the first team to win a series against the Mets this season. In their previous 10 series the Mets had won nine and tied another.

The Mets nearly added another fantastic finish to their list of great comebacks this season, scoring twice in the ninth before Pete Alonso struck out against Diego Castillo with the bases loaded to end it.

In the ninth, Eduardo Escobar tripled against Drew Steckenrider — the Mets’ first hit since the fourth inning — before Jeff McNeil delivered an RBI single. Patrick Mazeika’s infield single put runners on first and second and Brandon Nimmo’s RBI double against the shift pulled the Mets within 8-7. Starling Marte struck out against Castillo and Francisco Lindor was intentionally walked before Castillo ran the count full to Alonso, who tried to check his swing on the final pitch and was called out. 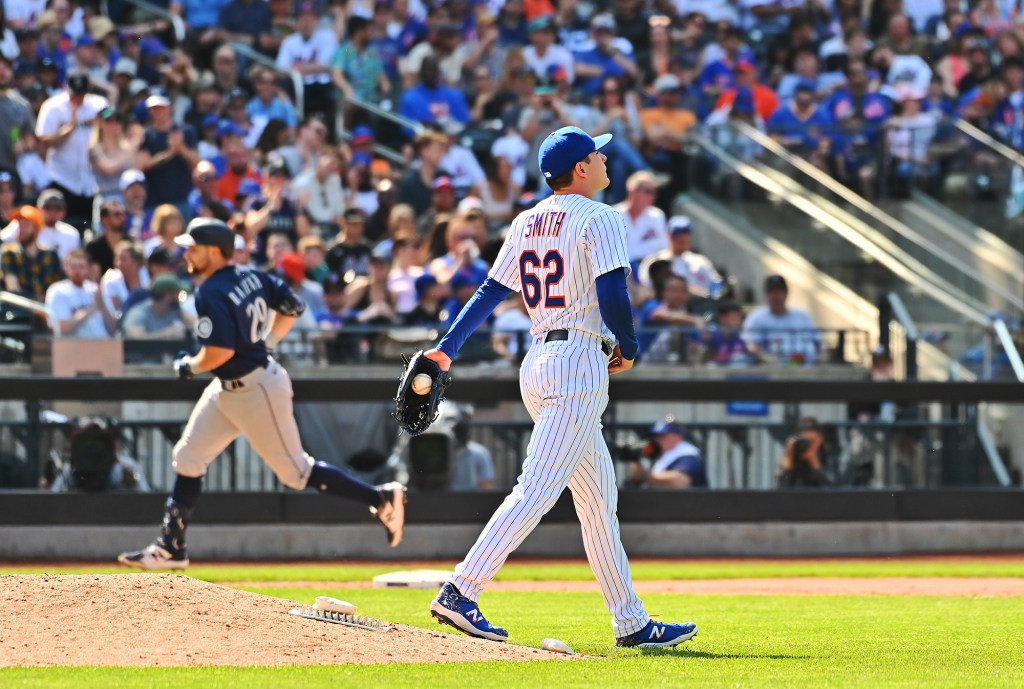 Drew Smith reacts to giving up a home run in the Mets’ loss to the Mariners on Sunday.Robert Sabo

Chasen Shreve surrendered a game-tying homer to Julio Rodriguez leading off the sixth. Before the inning was complete, Cal Raleigh homered against Drew Smith. The two-run blast created a 7-5 deficit for the Mets.

For Shreve, it was a second appearance in as many days in which he allowed a game-tying homer — Jesse Winker hit a three-run blast against him the previous night. Smith, who began the season with 13 ¹/₃ shutout innings, has now been scored upon in consecutive appearances.

The Mariners scored an additional run in the seventh, when Joely Rodriguez allowed an RBI single to Julio Rodriguez.

J.D. Davis and Nimmo each tripled in the fourth — the first time in four years the Mets had two triples in the same inning — sparking a four-run outburst that placed the Mariners in a 5-4 hole.

Alonso singled leading off the inning and Mark Canha walked, before Davis delivered with a shot to right field against Robbie Ray for a triple. After Escobar walked, Nimmo delivered with two outs, bringing in the runs with his triple. Lindor had provided the Mets with a first-inning lead by blasting a 423-foot solo homer into the second deck in left field. 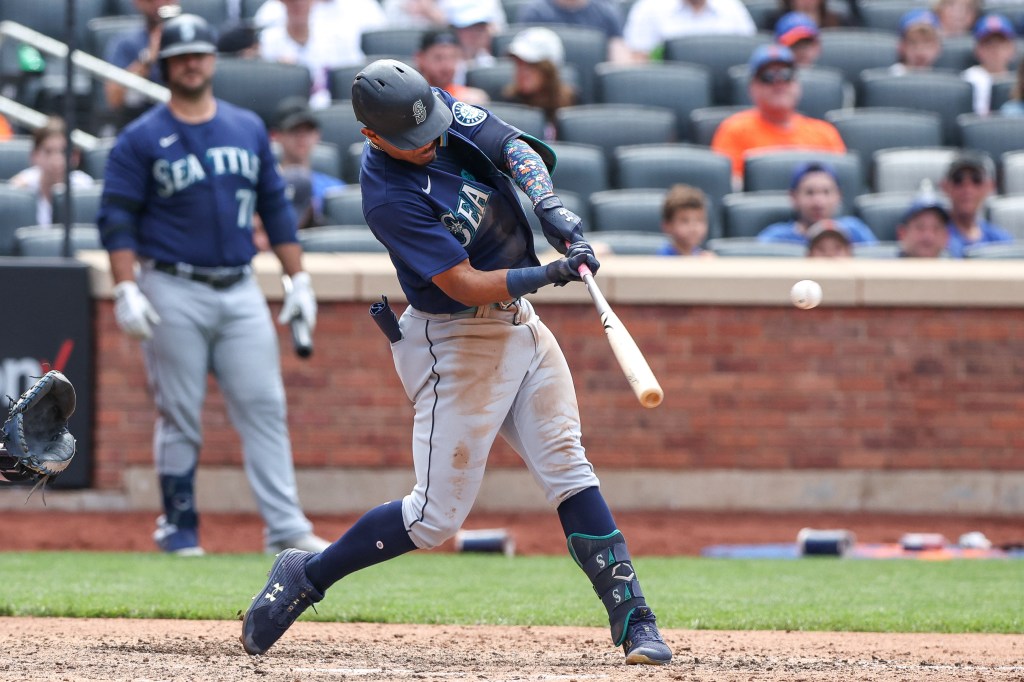 Carlos Carrasco was knocked out in the fifth after allowing four earned runs on eight hits with two strikeouts and one walk. It followed two straight superb performances from the right-hander in which he had allowed two earned runs over 14 ²/₃ innings against the Braves and Nationals.

Mike Ford’s two-run single in the fourth and Abraham Toro’s ensuing sacrifice fly had put the Mets in a 4-1 hole after Carrasco loaded the bases on two singles and a walk.

Toro’s double leading off the third had led to the Mariners scoring their first run, on Raleigh’s double play grounder. Adam Frazier also doubled in the inning, but was left stranded.