Mets, Carlos Carrasco pounded in another loss to elite Astros Carrasco allowed a four-spot in the first inning and six runs overall in a 9-1 blowout loss to the still-New-York-based Astros at Citi Field. Combined with Atlanta’s 5-3 win in Philadelphia, the Mets’ lead over the second-place Braves in the NL East is down to four games.

Kyle Tucker ripped a three-run homer off Carrasco in the opening frame for the Astros, who were playing their seventh of nine straight games against the Mets and the Yankees, including a four-game weekend split in the Bronx.

The 35-year-old Carrasco had departed his previous start, also against the Astros last Wednesday in Houston, in the third inning with lower-back tightness. 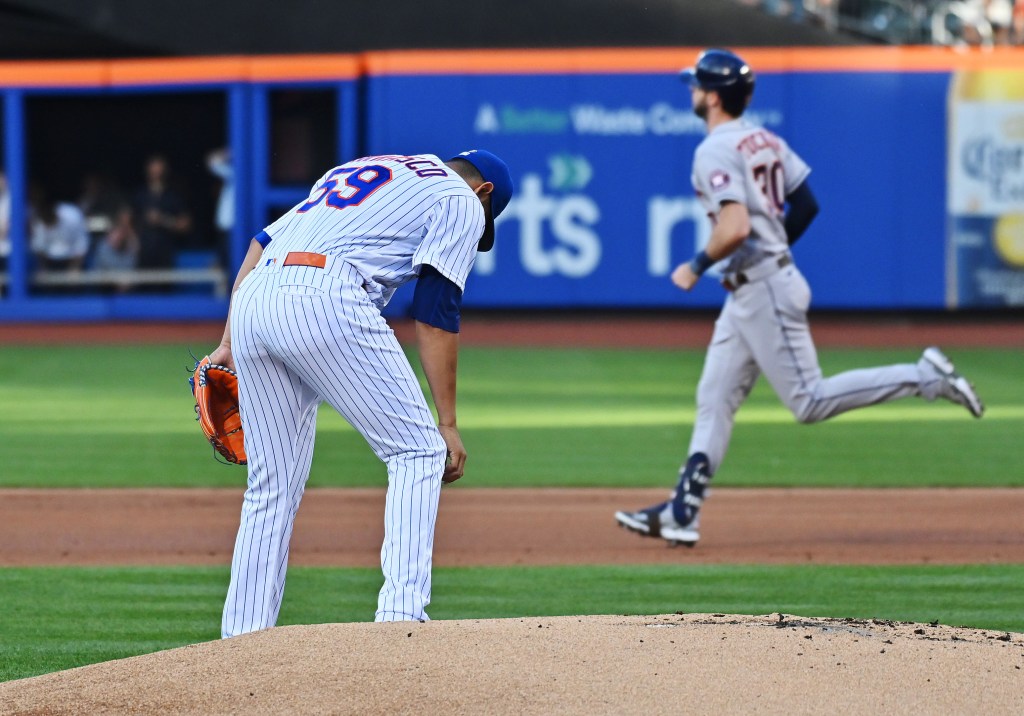 Carlos Carrasco looks to the ground after giving up a three-run homer to Kyle Tucker in the first inning of the Mets’ 9-1 loss to the Astros.Robert Sabo

Jordan Alvarez and Yuli Gurriel added two-run shots off Chasen Shreve for a 9-0 game in the fifth, boosting Carrasco’s final run total to six over 4 ¹/₃ innings. The veteran righty had posted a 3.19 ERA over his first six starts this season, but that figure has skyrocketed to 6.20 over his past nine outings beginning May 15.

With Max Scherzer’s second minor league rehab start pushed back one day to Wednesday night for Double-A Binghamton in Hartford, the Mets will start Taijuan Walker against Astros ace Justin Verlander (9-3, 2.22 ERA) earlier in the day in the conclusion of a two-game set.

Houston lefty Framber Valdez held the Mets scoreless on six hits over eight innings to improve to 8-3. Jeff McNeil went 1-for-3 in his first start since last Monday’s game against the Marlins due to tightness in his right hamstring.

“I’m feeling stronger, and I’m glad to be back,” McNeil said before the game. “It’s something I’ve gone through before. In [2019] I had it and I think I missed six days. … I know when I’m hurt and what I can play through. This is something that’s very minor and I easily can keep going.” 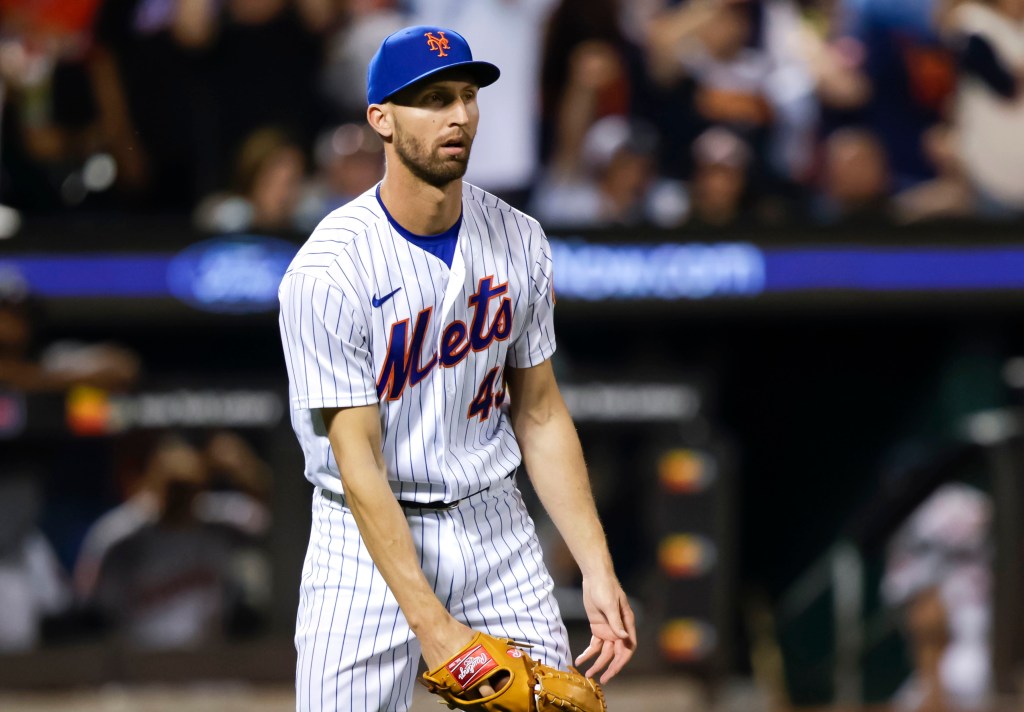 Chasen Shreve slumps his shoulders after giving up a two-run homer to Yuri Gurriel in the fifth inning of the Mets’ blowout loss.Corey Sipkin

The Mets (47-28) had early chances to get back into the game, but after mustering one hit in 13 chances with runners in scoring position in Sunday’s loss in Miami, they went 0-for-5 in those situations (1-for-8 overall) over the first four innings against Valdez.

Still trailing 4-0, the Mets loaded the bases in the fourth, but Mark Canha bounced into a force play for the final out of the inning.

Shreve relieved Carrasco (8-4, 4.85 ERA overall) following a one-out single by Jeremy Pena in the fifth, and the lefty promptly was tagged for a two-run homer by Alvarez, his 23rd of the year. Three batters later, Gurriel ripped his sixth of the year over the wall in left-center for a nine-run cushion for the Astros, who will return home to face the Yankees in a one-game makeup on Thursday.

The Mets scored their lone run against Enoli Paredes in the ninth on James McCann’s bases-loaded walk.