That, at least, is the organizational belief as Mets brass consider Jacob deGrom and whether the ace right-hander will return next season.

A free agent after opting out from his contract, deGrom is seeking a new deal that would position him as MLB’s highest-paid pitcher, ahead of the Mets’ Max Scherzer. The Mets have received enough indications from deGrom’s camp, according to a source, that they believe the two-time Cy Young award winner wants to stay, provided there isn’t a significant discrepancy in offers.

But can the team and player get on the same wavelength, and how long will the Mets wait for deGrom as they look to fill their rotation for next season? The high end of the free-agent market for starting pitchers includes names such as Justin Verlander, Carlos Rodon and Japanese ace Kodai Senga. In addition, the Mets have to decide how aggressively to pursue Chris Bassitt, a free agent who was their most consistent starter last season. Scherzer and Carlos Carrasco are the only full-time members of the 2022 rotation under contract for next year, with David Peterson and Tylor Megill possibilities for increased roles. 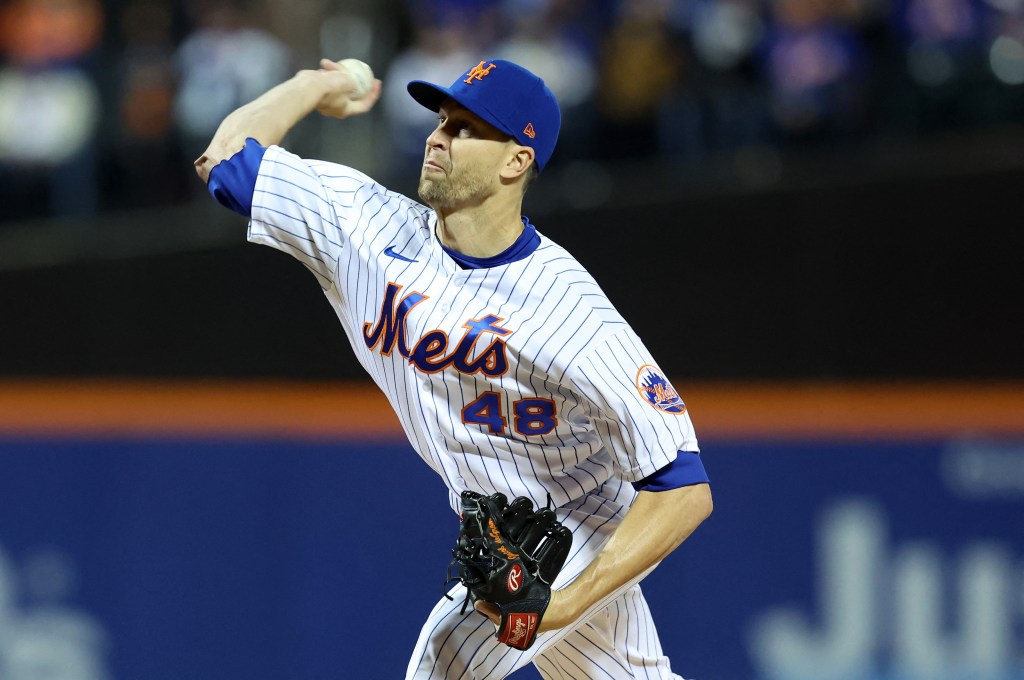 The Mets appear willing to give deGrom a relatively short contract that could include options for additional seasons based on reaching certain incentives. The Mets do not view a four- or five-year deal (and even three years guaranteed might be stretching it) as prudent investment on a 34-year-old pitcher who has missed significant portions of the last two seasons with injuries. Scherzer’s contract with the Mets holds a $43.3 million average annual value, and the team could be willing to surpass that figure for deGrom. But if deGrom receives longer-term offers, the Mets may turn in a different direction.

A source said deGrom places a high value on winning and believes the Mets have reached a place at which they can compete for the World Series regularly. DeGrom has also told teammates past and present — as The Post has reported — that he is happy playing for the Mets.

DeGrom, who resides with his family in DeLand, Fla., has told confidants he would like to move full-time to the location of his next team. It was pointed out to deGrom that, as someone who enjoys the outdoors, areas of Westchester County could provide him with plenty of space in a rustic setting.

The Rangers, Dodgers, Cubs and Yankees are among the other teams that could be in play for deGrom, whose previous deal called for him to receive $32.5 million next season.

Verlander is a prominent possibility for the Mets if deGrom departs, and a source said the team is considering the veteran right-hander, who last week won his third American League Cy Young award.

Though Verlander will turn 40 during spring training and there could be hesitation to topping the rotation with another older pitcher (Scherzer is 38), the Mets also see the opportunity for a short, potentially high-impact contract that would put the team in position for immediate success. Verlander opted out of a contract with the Astros that would have paid him $25 million next season.

The lefty Rodon, who will turn 30 next month, could be staring at the largest overall contract for a starting pitcher this winter. Last season, Rodon pitched to a 2.88 ERA in 31 starts for the Giants with 237 strikeouts in 178 innings.

Senga, who will turn 30 in January, features a split-fingered fastball that helped him strike out 27.5 percent of the batters he faced last season for the Fukuoka SoftBank Hawks of Nippon Professional Baseball.