Sophie Kumpen, the mother of Formula 1 world champion Max Verstappen, allegedly accused her son’s Red Bull teammate, Sergio Perez, of cheating on his wife in a now-deleted social media post amid a weekend filled with controversy.

During Sunday’s Brazillian Grand Prix, Verstappen refused a Red Bull team order to help Perez in his battle for second in the title race, months after Perez obeyed a team order in May’s Spanish Grand Prix to allow Verstappen through to win the race. Perez called Verstappen’s actions “disappointing” after Sunday’s event. 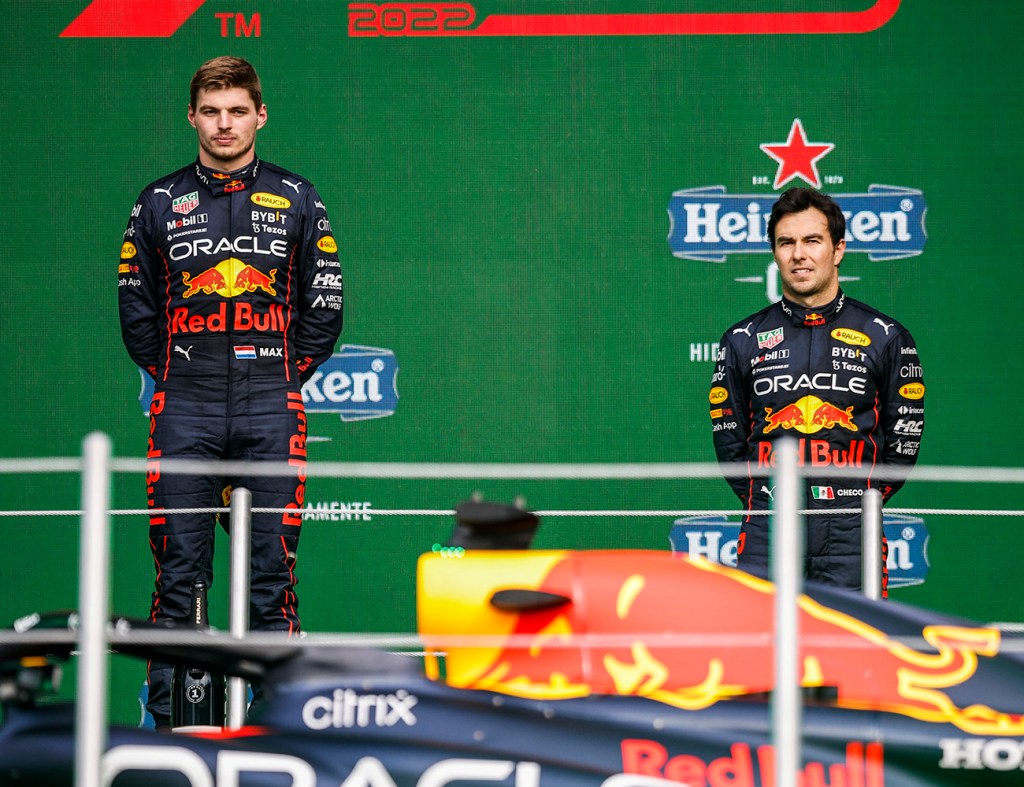 Max Verstappen and Sergio Perez of Red Bull racing at the podium during the F1 Grand Prix of Mexico at Circuito Hermanos Rodriguez from Oct. 27-30, 2022 in Mexico. NurPhoto via Getty Images

“It shows who he [Verstappen] really is. I have nothing to say, really. After all I’ve done for him, it’s disappointing. I have no idea. I’m really surprised,” Perez said, per ESPN.

In the wake of the criticism, Kumpen is said to have replied to a critical post about Verstappen and accused Perez of cheating on his wife, Carola Martinez, according to the Daily Mail.

“And then in the evening cheating on his wife,” she allegedly wrote. 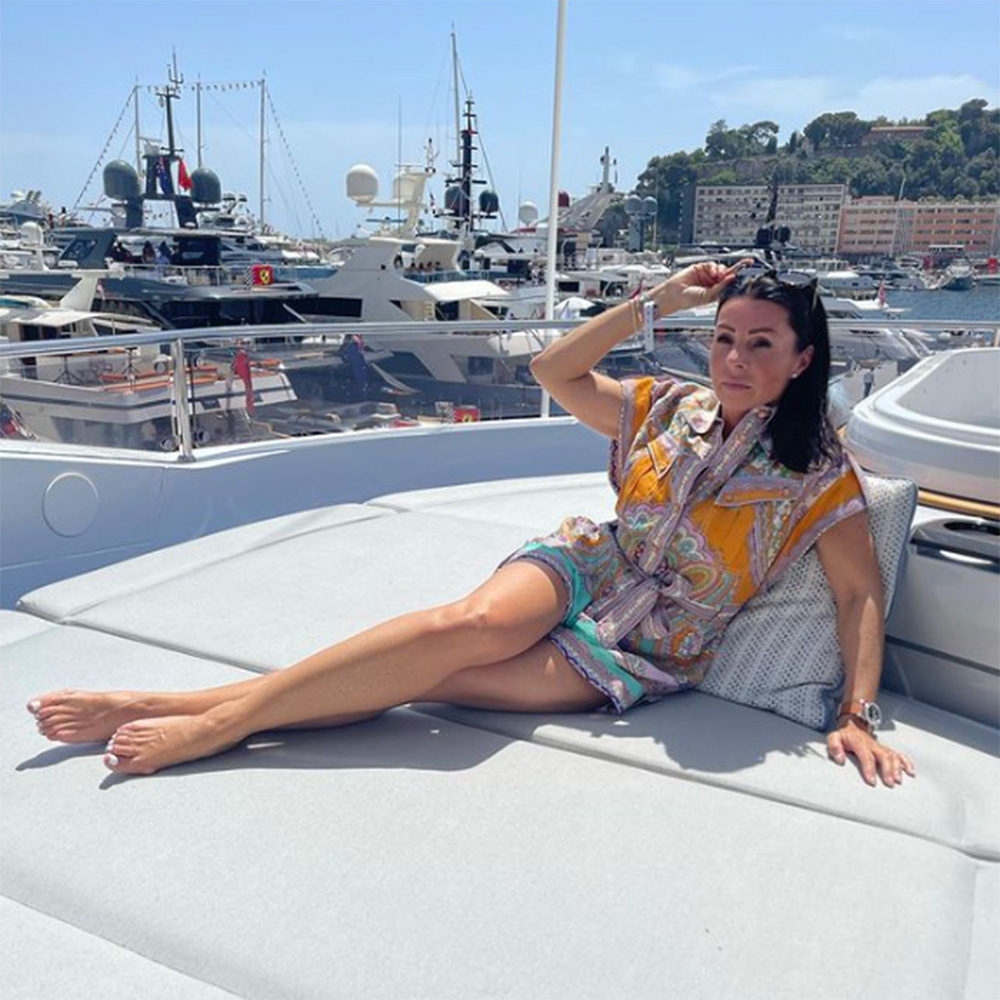 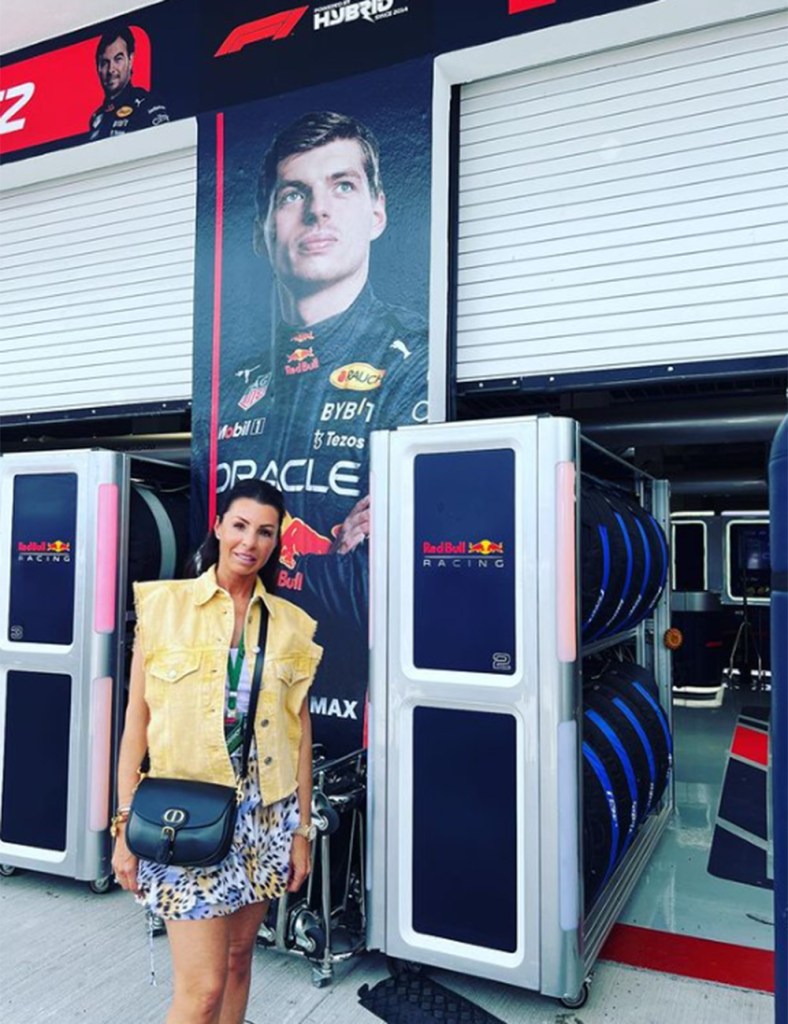 Though Kumpen’s now-deleted message didn’t delve into details, it’s possible she could have been referring to Perez’s scandal over the summer.

A short time after Perez won the Monaco Grand Prix in June, photos and videos surfaced that allegedly featured the 32-year-old dancing on a yacht with multiple women, namely a brunette who was not his wife.

Perez later issued a public apology to Martinez on Instagram. 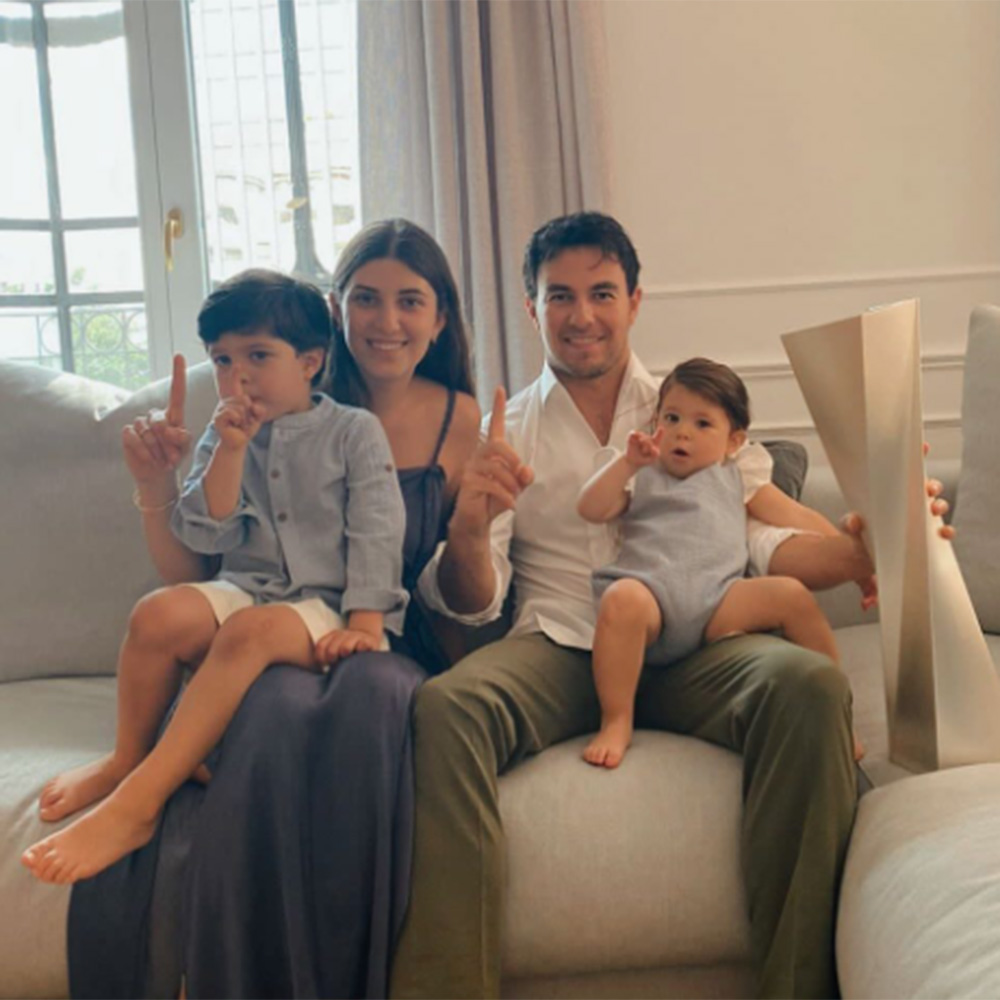 Sergio Perez with his wife Carola and their son, Sergio Jr. and daughter Carlota in June 2021. Instagram/Sergio Perez

“I have seen the videos that have been circulating about me and I take responsibility for it. It was a bad party that I didn’t know how to control at the height of the person that I am, but it was just that, a very bad party. People close to me know my values and the type of person that I am,” he wrote at the time.

“For those who ask me, we are more united than ever, me and my wife. And for those who just want to hurt us, I wish you the best. Thank you all for your love and I apologize to all the people who love me because those videos don’t represent me, not at all. We will not talk about this topic anymore, which only makes us forget the great moment we are living as a family.”

Perez and Martinez married in 2018, and share three children together, daughter Carlota and sons Sergio Jr. and Emilio, who arrived in May.

As far as the situation with Verstappen goes, Perez said Monday it will “remain” internal with the Red Bull racing team. 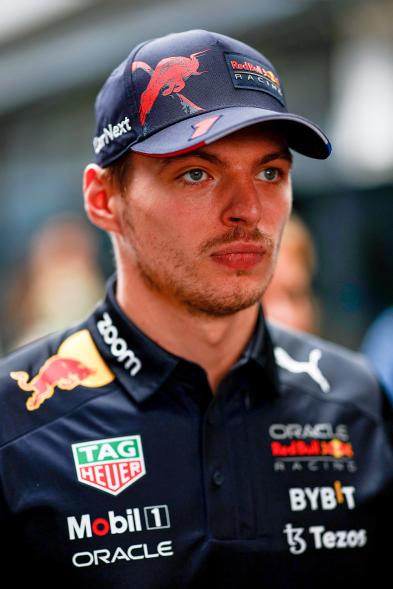 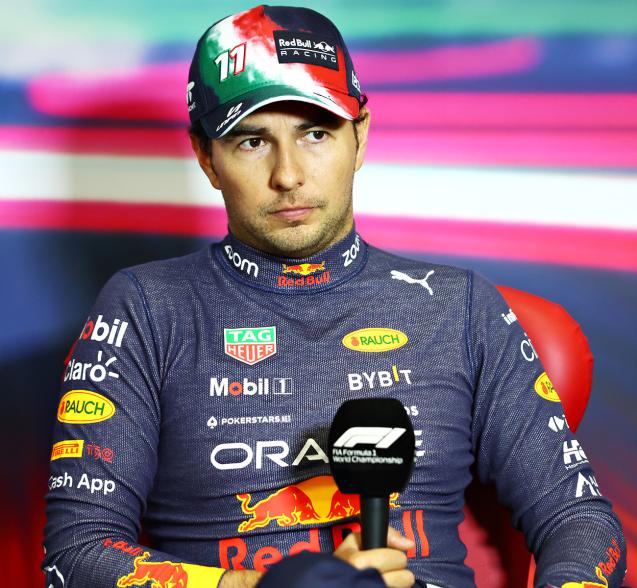 Sergio Perez of Red Bull Racing at a press conference after the F1 Grand Prix of Mexico at Autodromo Hermanos Rodriguez on Oct. 30, 2022 in Mexico City, Mexico. Getty Images

“What a day yesterday… A safe podium with a lack of pace made everything complicated for us with the SC. Now to focus on Abudhabi,” he tweeted. “With Max and the team everything was discussed yesterday and it will remain internally, this is behind us and we will continue working as the great team that we have been until now.”

In a statement through Red Bull, Verstappen said, “If there’s a chance to help him in Abu Dhabi, then I will be there, and I will of course support him.”

The season comes to a close on Sunday in Abu Dhabi. Perez is tied with championship rival Charles Leclerc in the standings.