Martin Scorsese, the king of comedy.

Years ago, a Tumblr user posted a photo of a “knock off” shoe purchased online, with an odd label that read, “The greatest mafia movie ever made. Martin Scorsese presents Goncharov. Domenico Proccacci production. A film by Matteo JWHJ0715. About the Naples Mafia.”

Scorsese has directed other mafia films, such as “The Irishman” and “Goodfellas” — but not 1973’s “Goncharov.”

Or so everyone thought. The Oscar winner finally acknowledged his unofficial, internet-famous mafia masterpiece this week.

You may not have heard of “Goncharov,” but it has a poster, a theme song, and an accompanying video game. 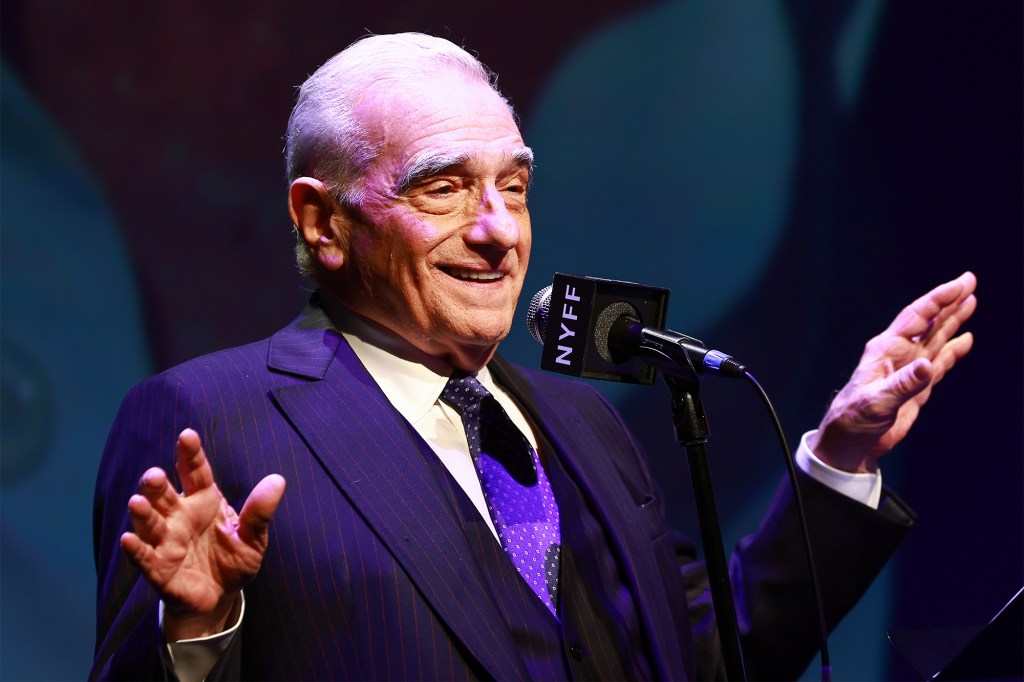 Martin Scorsese addresses the audience Oct. 13 during a screening of “Personality Crisis: One Night Only” as part of the 60th New York Film Festival. Getty Images for FLC

The movie turned into memeable gold when the picture of the mysterious shoe label was reblogged in 2020 with the caption, “this idiot hasn’t seen Goncharov.”

The official Tumblr account even addressed the movie’s popularity in a tweet early this week: “Goncharov was inexplicably ahead of [its] time and its contribution to cinema is remarkable. Rarely does a film tell as many diverse-yet-interconnected stories. Hard to imagine so few ppl have seen it.”

Stories in the New York Times and the Guardian followed. Forbes speculated the unusual shoe tag may have misspelled “Gomorrah,” the 2008 Italian drama about the Naples mafia, directed by Matteo Garrone. Scorsese’s name was used on marketing materials at the time.

Discussion of “Goncharov” reached such a fever pitch that Scorsese’s daughter, Francesca, addressed the film Friday on TikTok. The 23-year-old said she sent her dad the Times article about the social media phenomenon, asking if he’s seen it.

“Yes. I made that film years ago,” Scorsese responded, seemingly in on the joke.

Scorsese’s recent credits include “Personality Crisis: One Night Only,” “The Eternal Daughter,” “The Last Movie Stars,” “Theodore Roosevelt” and “Dreaming Walls: Inside the Chelsea Hotel.”

…and perhaps a re-release of “Goncharov?”