Martha Stewart couldn’t help but gush over the chow chow that won at this year’s Westminster Dog Show — revealing the pooch is actually related to her late dog.

“Great news from @westminsterkennelclub! Non-sporting breeds were judged including the chow chows!! Buddakan won,” Stewart wrote alongside a snap of the winning pooch on Instagram.

“He is the son of my winner Genghis khan, and Genghis was the son of winner Maddox. Three generations of chow chows I am so proud!!!!!!”

In 2012, Stewart’s own Chow Chow, Ghenghis Khan, won Best of Breed at the dog show.

“Ghenghis Khan did it! Best of Breed at Westminster! Big deal,” Stewart tweeted at the time.

This year’s show saw its first bloodhound emerge victorious at the event after being was crowned the Best in Show winner. 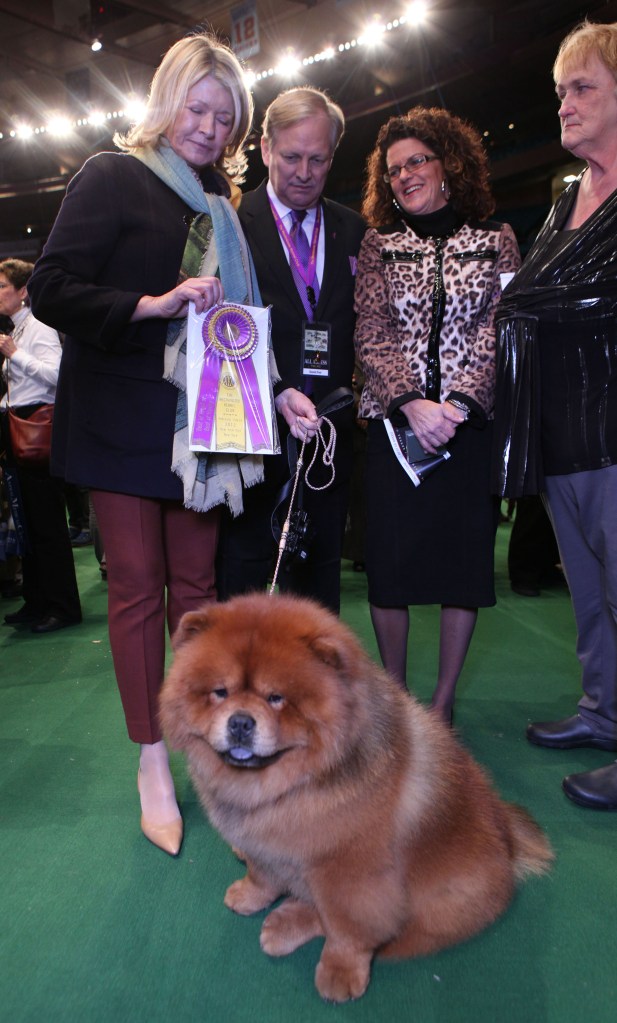 Martha Stewart is seen with Ghenghis Khan, after the dog won Best of Breed at at the 2012 Westminster Dog Show.James Messerschmidt

The bloodhound, named Trumpet, beat a French bulldog, a German shepherd, a Maltese, an English setter, a Samoyed, and a Lakeland terrier to take the trophy.

The competition drew more than 3,000 purebred dogs, ranging from affenpinschers to Yorkshire terriers. The goal is to crown the dog that most represents the ideal for its breed. 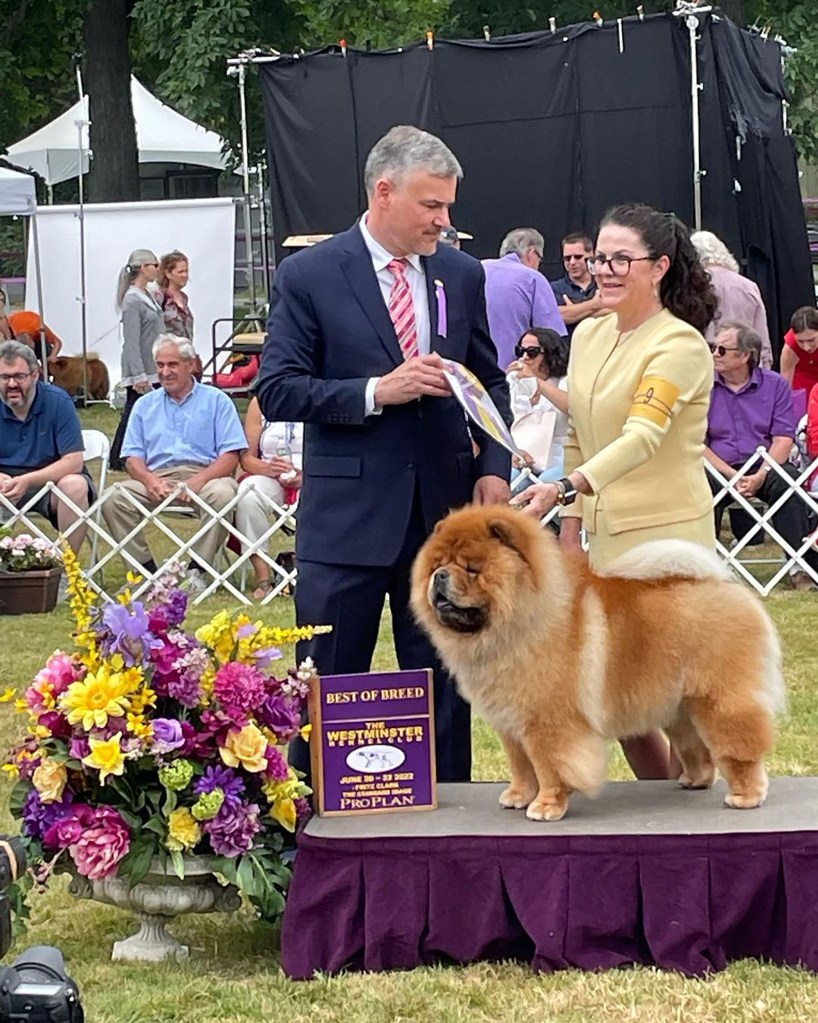 Usually held in winter at New York City’s Madison Square Garden, the show moved to the suburban Lyndhurst estate in Tarrytown, N.Y. last year and this year because of the coronavirus pandemic.