Even 60 years after her death, the history of Marilyn Monroe has yet to be fully revealed.

More than 175 of the late screen icon’s items are going up for auction, including a letter written by her estranged father, Charles Stanley Gifford.

The objects will be presented at the Julien’s Auctions and TCM Presents: Icons & Idols Hollywood event, taking place both in-person and online from Dec. 17 to Dec. 18.

The undated greeting card, addressed to Monroe in Gifford’s handwriting, is expected to sell for between $2,000 and $3,000.

The lot has been called “the only known material artifact that establishes any connection or communication between Gifford and his famous daughter.”

“This cheery little get-well note comes specially to say that lots of thoughts and wishes, too, are with you every day,” the note read, along with the words “a little prayer too.” It was signed “Stanley Gifford, Red Rock Dairy Farm, Hemet, Calif.”

Notably, he misspelled his daughter’s stage name as “Marylyn.” 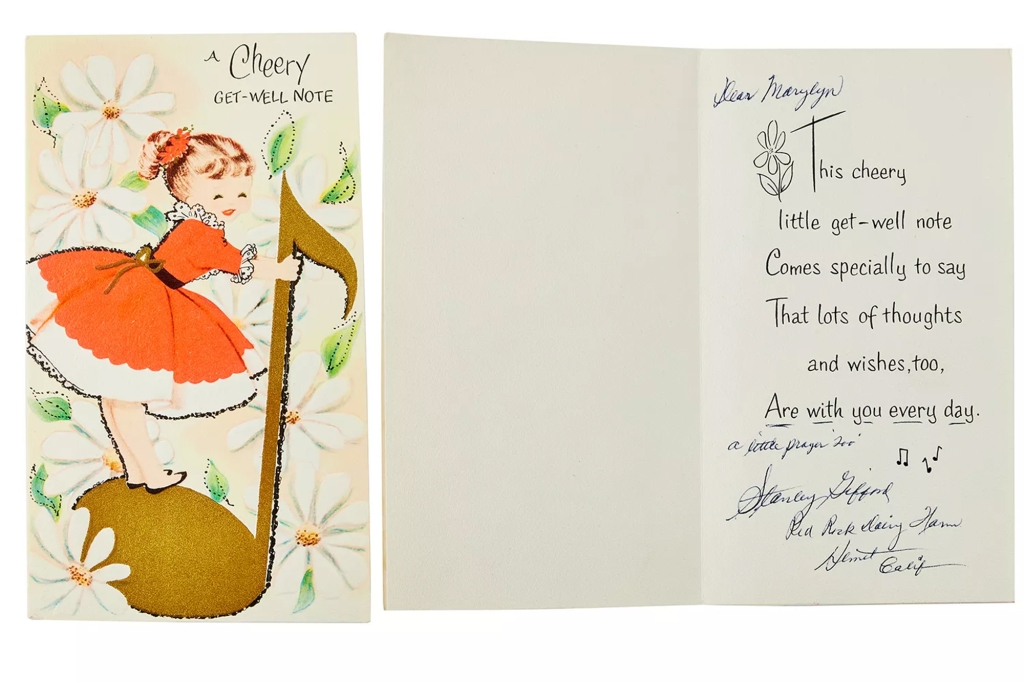 According to a press release, the “Some Like it Hot” star Monroe — born Norma Jeane Mortenson, after the man to whom her mother was legally wed at the time of her birth — unsuccessfully tried to contact her father by phone several times over the course of her short life.

The blond bombshell later visited the town of Hemet, California, in an attempt to locate him. It was believed that Monroe’s father didn’t want to upset his wife and children by allowing the actress to be part of his life.

The letter was discovered by Marilyn Monroe historian and collector Scott Fortner, who found it “purely by chance” while he was prepping Monroe’s personal archives for Julien’s Auctions.

“This is the only known documented evidence of a relationship between Monroe and Gifford, which solves the mystery of whether or not she knew or had contact with her biological father,” Fortner told People recently.

Among the “How to Marry a Millionaire” star’s personal effects to be sold include her lipstick tubes, fake eyelashes and other beauty products. 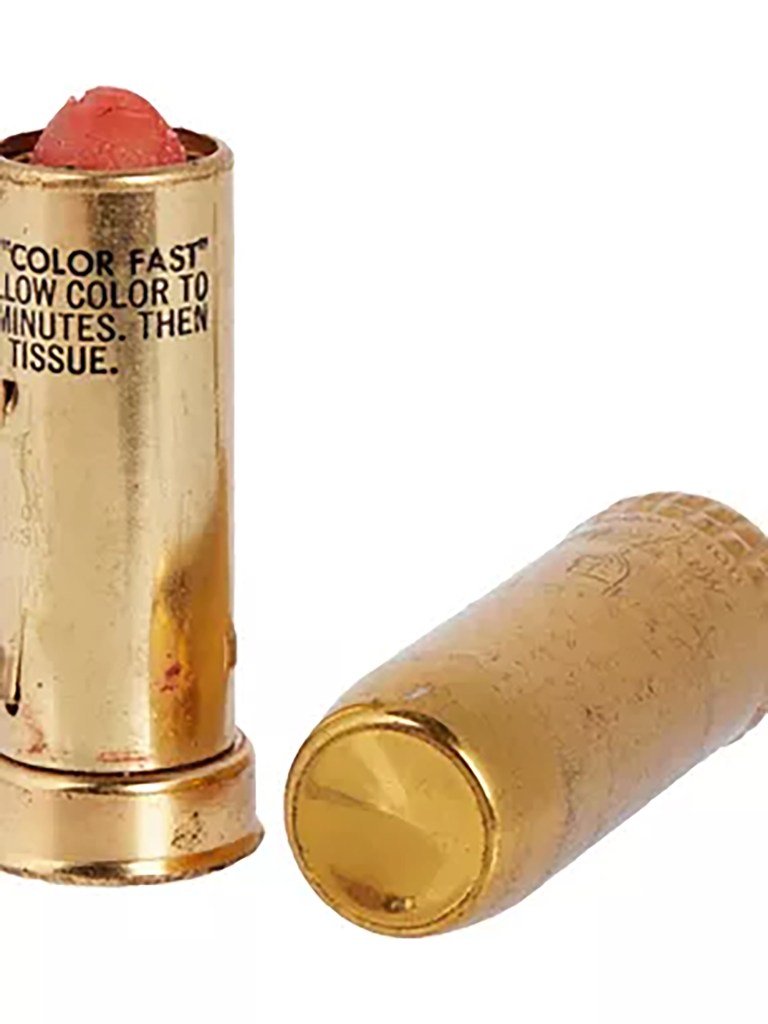 Many of Monroe’s beauty products will be up for auction next month.Julien's Auctions 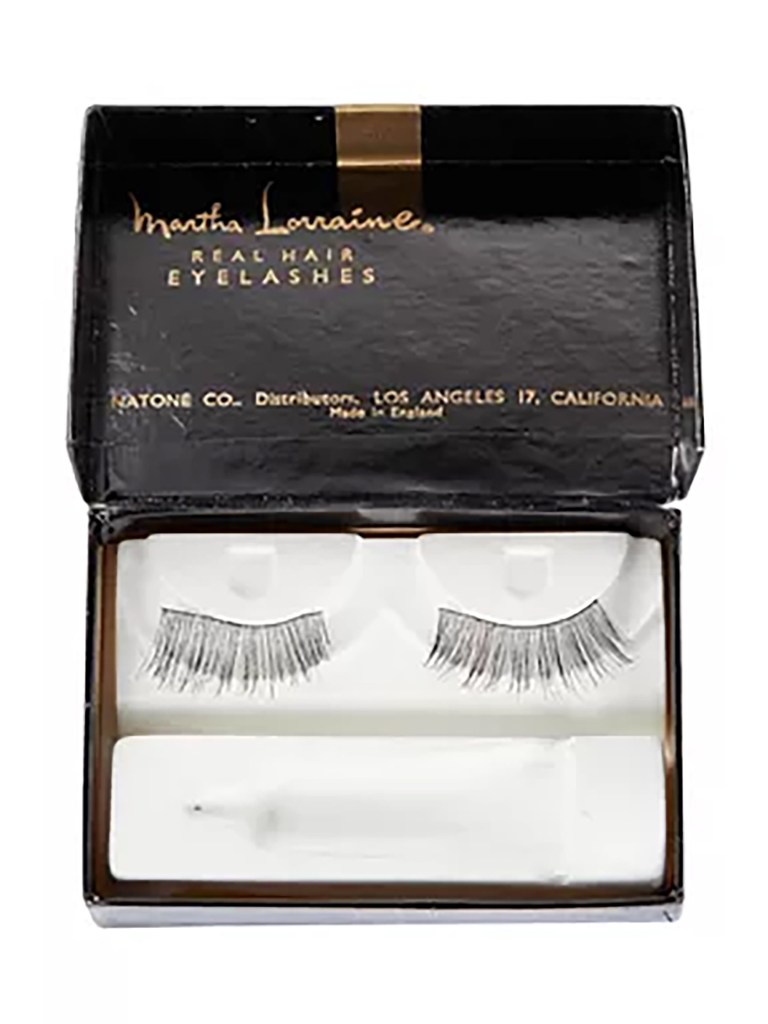 The screen icon’s false eyelashes will be selling for $800 to $1,200 each.Julien's Auctions

Wardrobe pieces worn by Monroe will also be auctioned off, such as her a Mae West-inspired black “cellophane effect” evening gown, worn during the 1955 filming of “The Seven Year Itch.” It’s estimated to rake in between $20,000 and $40,000.

Her 1955 brown-leather Gucci address book, bearing a custom “M.M.” stamp on the front cover, is also being presented at a staggering estimate of between $50,000 and $70,000. Famous contacts in her catalog included Marlon Brando, acting coach Lee Strasberg and New York City stage director Harold Clurman. 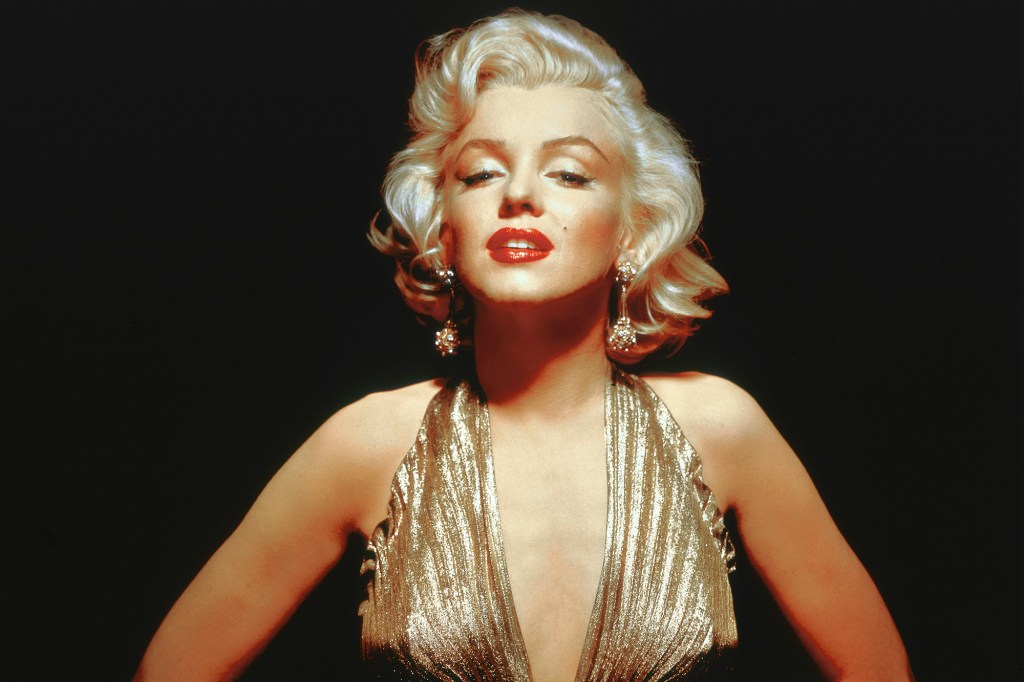 More than 175 of the actress’ personal effects are up for grabs at a upcoming Julien’s Auctions sale.Corbis via Getty Images

A handwritten dedication by Arthur Miller, Monroe’s third and final husband before her 1962 death, written on a single piece of paper torn from a spiral bound notebook, is estimated to sell for up to $30,000.

The record reads: “This book is being written out of the courage, the widened view of life, the awareness of love and beauty, given to me by my love, my wife-to-be, my Marilyn. I bless her for this gift, and I write it so that she may have from me the only unique thing I know how to make. I bless her, I owe her the discovery of my soul.” Nun who won ‘The Voice’ has left the order for... ‘The Equalizer 3’ Adds Six To Cast