Madden NFL 22 : EA Play Members to get this unique content Madden NFL 22 will be the latest installment in the Madden NFL series of games, and we can’t be more excited about the game! The pre-order details of the game indicate a lot of features the game has in store. In this article, we are going to take a look at the game itself and everything we know about the unique content in Madden NFL 22 for EA Play Members. Let’s dive right in: 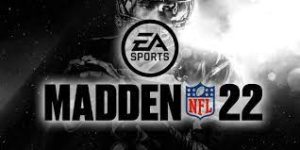 Madden NFL is a long line of football games that have been by football fans all across the globe. Integrating a realistic approach towards gaming mechanics and incorporating the sport in the game, Madden NFL stands as the best football gaming series. No one does it better.

Madden NFL 22 is just around the corner, as pre-orders have already begun. The game comes with 3 different pre-order packs, named Standard, MVP, and Dynasty. The mixed reviews received by its predecessor have pushed a lot of responsibility onto the shoulders of Madden NFL 22. However, this is a time to shine and revive the series, which is something EA does well.

Madden NFL 22 : EA Play Members to get this unique content

Nothing beats the feeling of getting some extra content. Madden NFL 22 will be no different. With the game just around the corner, fans can’t contain their excitement. Here are some details regarding the unique content that will be available for EA Play Members:

EA Play Members will be eligible for the following content:

EA Play Pro Members will be eligible for the following content:

Read more about gaming on Digistatement Pokemon Unite PC Release Date: When is it...