It seems Tim Tebow’s Heisman Trophy won’t be collecting dust on a shelf anytime soon — or ever, for that matter.

During an appearance Monday on “The Dan Patrick Show,” the former University of Florida and NFL quarterback, 35, divulged how he auctions off the Heisman Trophy that he won in 2007 every year for charity and that country singer Luke Bryan has been one of the previous recipients.

“Probably the last eight, nine years, every year or every six months, I’ve used it to auction off for a charity for people to keep in their homes, use it as something they can brag about,” Tebow said. 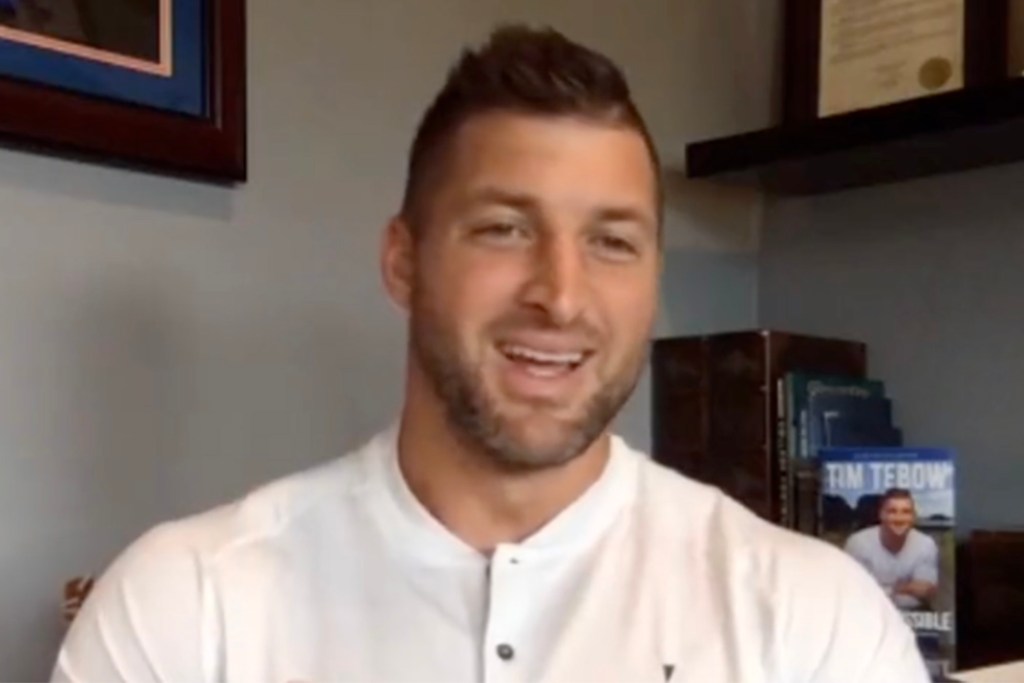 Tim Tebow appeared on “The Dan Patrick Show” this week, when he spoke about auctioning of his Heisman Trophy for a good cause.YouTube

The former player-turned-analyst then shared what Bryan, an avid Georgia fan, used the trophy for when it took up residency in his home.

“Luke Bryan, him and his wife, Caroline, who are so sweet, they’re a big part of some nonprofits and we work together, and so he and his wife won it. Then, leading up to Florida-Georgia, ’cause he’s such a Georgia fan, he would put a Georgia jersey on it, he would put peanut butter all over it, let his dog lick it off, he would do all sorts of stuff, and I was like, ‘This isn’t fair,'” Tebow said.

In a November 2020 Instagram video, Bryan is seen playfully using the Heisman Trophy as a hook for his accessories, whether a hat, bath towel, or dish rag. 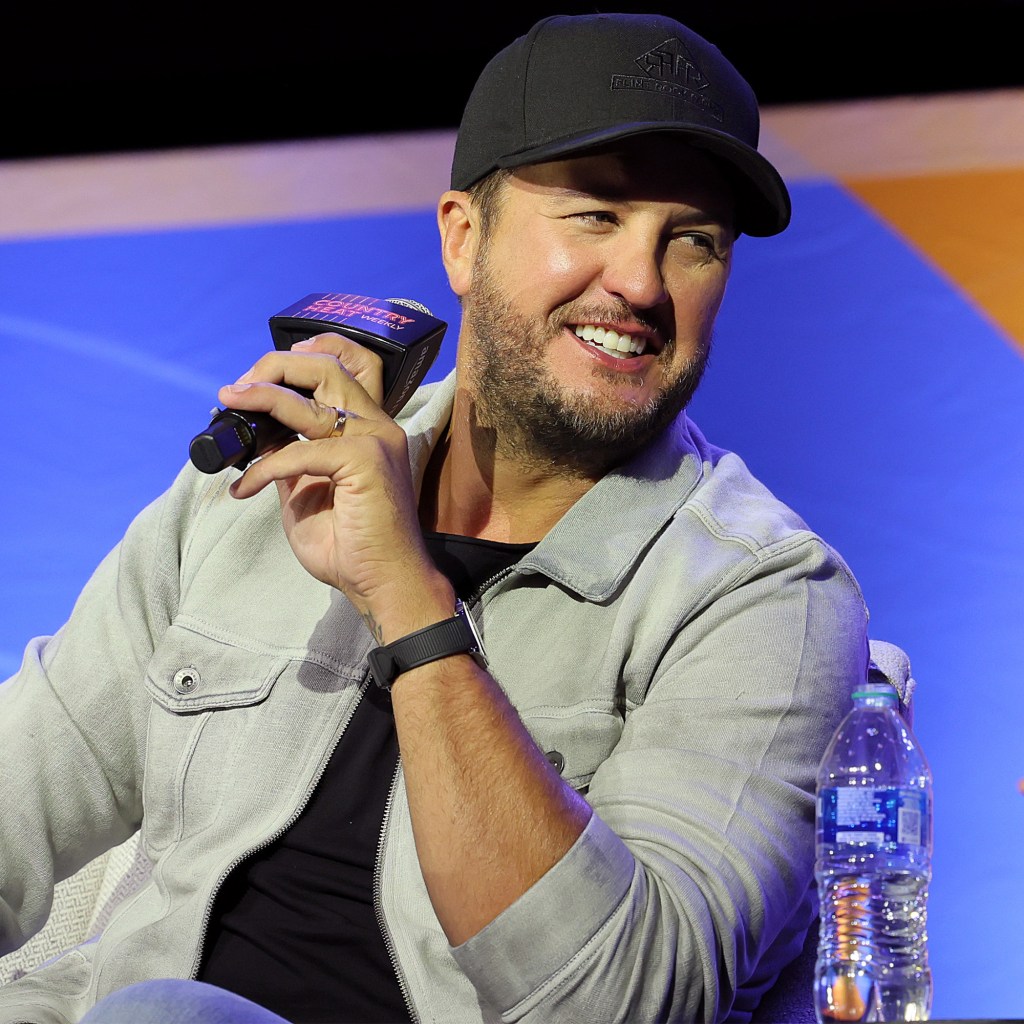 Luke Bryan has kept Tim Tebow’s trophy at his home for periods of time.Getty Images

Tebow continued Monday that he was able to get back at Bryan — with some help from an insider.

“I worked with his wife to get one of his CMA Artist of the Year Awards, which is kind of a unique-looking award, so, I started getting that and sending him videos of me using it as a sparkling water opener or a jack for a car, being able to lift it up,” he continued.

Around the same time Bryan, 46, shared his Heisman video in late 2020, Tebow posted a clip of himself and wife Demi-Leigh using the singer’s CMA prize as a coffee stirrer. Despite the light-hearted feud, Tebow said the CMAs weren’t thrilled with his usage of Bryan’s award. 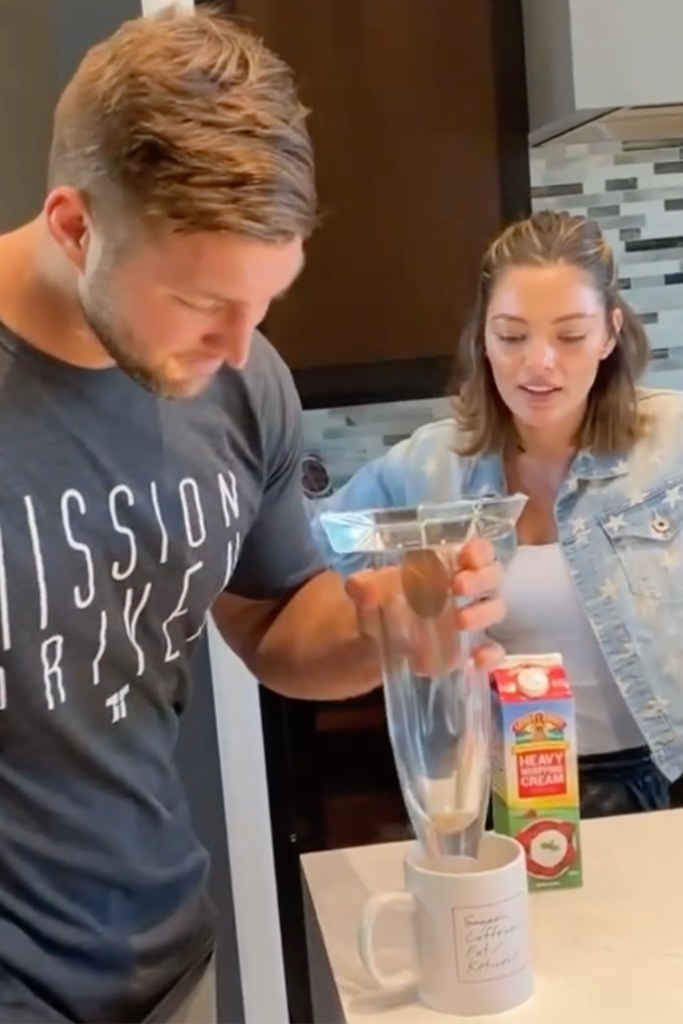 Tim Tebow and his wife, Demi-Leigh, use Luke Bryan’s award as a stirrer for their coffee.Instagram/Tim Tebow

“I think the CMAs got kind of upset with it. I didn’t actually hurt it, it just looked like we were using it that way,” he said.

Tebow, who played for the Broncos, Jets, Patriots, Eagles and Jaguars and also tried his hand at baseball in recent years as a member of the Mets’ minor league system, then elaborated on how the Heisman Trophy initiative has positively impacted his philanthropic efforts.

“With all the charities we’ve supported, it’s been able to raise well over a million dollars now,” he said. “My goal with that is that it could be the most impactful Heisman one day, not by sitting on a shelf and us looking at it, by being on a lot of other shelves and making an impact in a lot of kids’ lives.”