The Detroit Lions may have just found their 2022 rally cry thanks to running back Jamaal Williams.

Williams, who is in his second season with Detroit, was asked by coach Dan Campbell to break down a huddle in a clip released Monday to promote the upcoming season of HBO’s “Hard Knocks” series. He wasted no time reminding his teammates about the club’s 3-13-1 record from last season and how the last thing they want is a repeat during an impassioned speech

The 27-year-old former Green Bay Packer then got emotional as he continued, fighting back tears.

“Last year wasn’t it, that ain’t us,” Williams said. “We can make it. Have some heart. I get emotional about this. I’m about to cry because I care about ya’ll.” 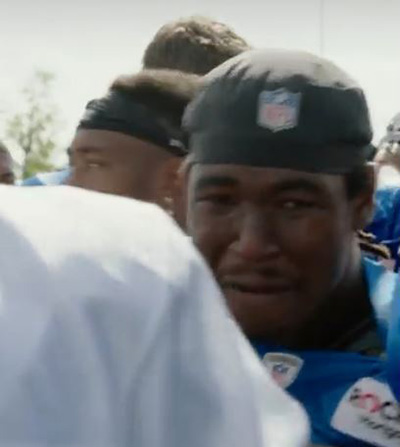 Williams finished last season with 153 carries for 601 yards and three touchdowns. He also caught 26 passes for 157 yards. He sounds ready to improve on those numbers after retweeting the video.

“Don’t think these tears are coming from a weak mindset,” Williams wrote. “I’ll run you over while crying.” Neve Campbell On Turning Down ‘Scream 6’ Over...