Jamaal Williams celebrated too much after scoring a touchdown on Sunday.

Williams pivoted to the right side of the field, ran 13 yards, and dove into the end zone to score a touchdown that helped increase the Lions’ 24-14 lead over the Vikings with 2:14 left in the third quarter in Minneapolis.

The Detroit running back then turned toward his teammates as he thrusted and gyrated his hips in celebration, a dance which garnered their approval, especially from offensive lineman Dan Skipper.

The referees, though, didn’t approve. Williams was flagged for unsportsmanlike conduct and drew a 15-yard penalty that put Detriot on their own 20 for the kickoff. 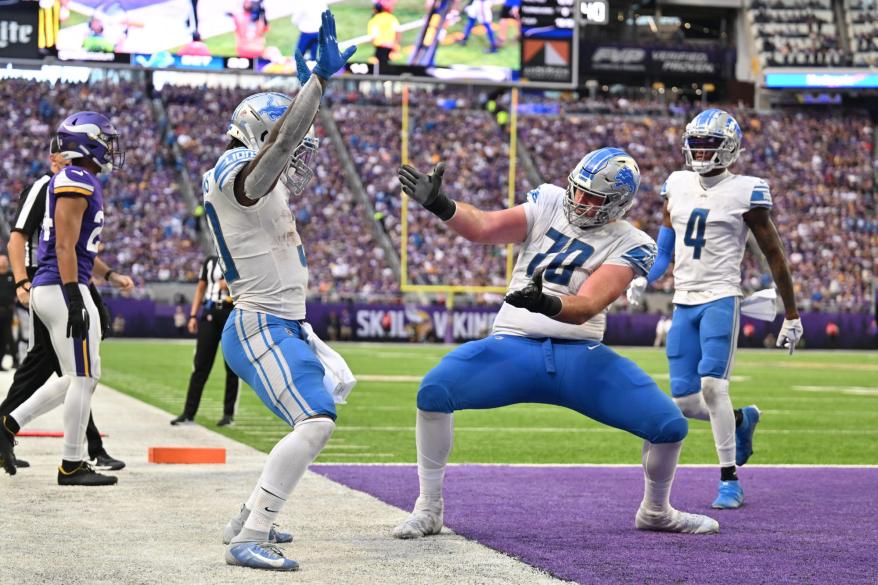 Detroit Lions running back Jamaal Williams was flagged for thrusting his hips in the air during his touchdown celebration. USA TODAY Sports 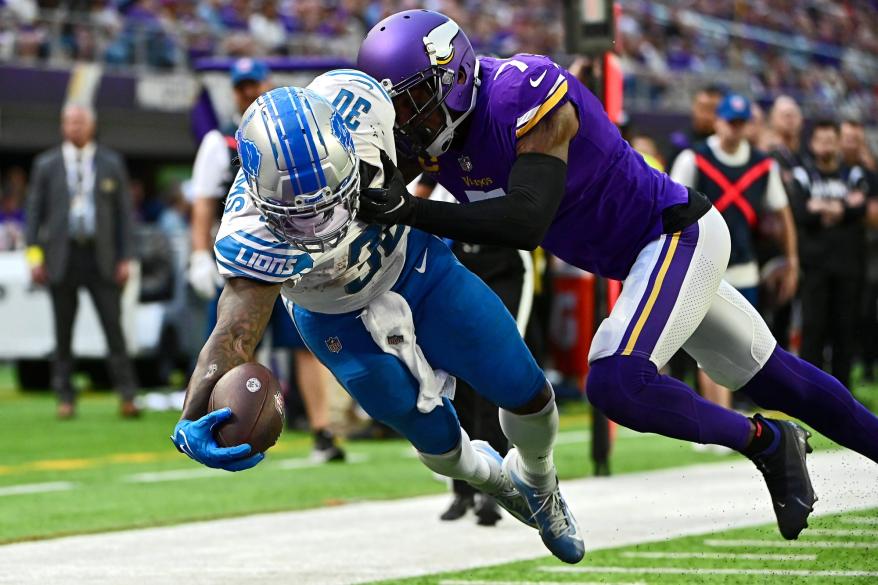 Jamaal Williams rushed in a 13-yard touchdown to eventually increase the Lion's lead to 24-14. Photo by Stephen Maturen/Getty Images

The penalty didn’t do much harm for the Lions: Minnesota’s Dalvin Cook fumbled the ball during the following possession and Detroit recovered. But Even with a 10-point lead through Williams’ touchdown, the Vikings rallied with two touchdowns in the fourth quarter to beat the Lions 28-24.