It was always going to be an emotional experience watching the late Philip Seymour Hoffman’s son Cooper Hoffman make his acting debut. His father, an Oscar-winning genius, died in 2014.

What we never could have imagined, though, is that Cooper’s freshman performance (he’s so green, his IMDB page doesn’t have a photo yet) would be one of the best of the year in what is easily the best film of 2021, Paul Thomas Anderson’s brilliant “Licorice Pizza.”

This wonderful kid should be in the Oscar race, but we’re too predictably infatuated with big names. Let’s fix that.

“Licorice Pizza” is a movie you will cherish for a long time after the lights come up. It’s a totally unique and endlessly surprising coming-of-age tale that is carefully sentimental and knock-down, drag out funny. The writing is faultless. The cinematography, rich and colorful. The film is a highlight reel of fantastic acting. The moment the credits rolled I wanted to rewind and watch it again.

The “Boogie Nights” director, who is deathly allergic to making bad films, has found the perfect blend of role and actor with Hoffman. He gives a teen turn on par with Tom Cruise in “Risky Business” or Matthew Broderick in “Ferris Bueller’s Day Off,” but — and I recognize the weight of this comment — goes much deeper than they did as young men.

Most nights, Gary haunts the Tail ‘O The Cock — the sort of Old Hollywood-style eatery that you still see in Palm Springs — and sits at the bar, schmoozing with the maitre ‘d while nursing a Coke as if it’s straight gin. Again, the smooth-talker is just 15.

One day at school, Gary meets 25-year-old Alana (Alana Haim), a yearbook headshot photographer, chats her up and manages to get her number. 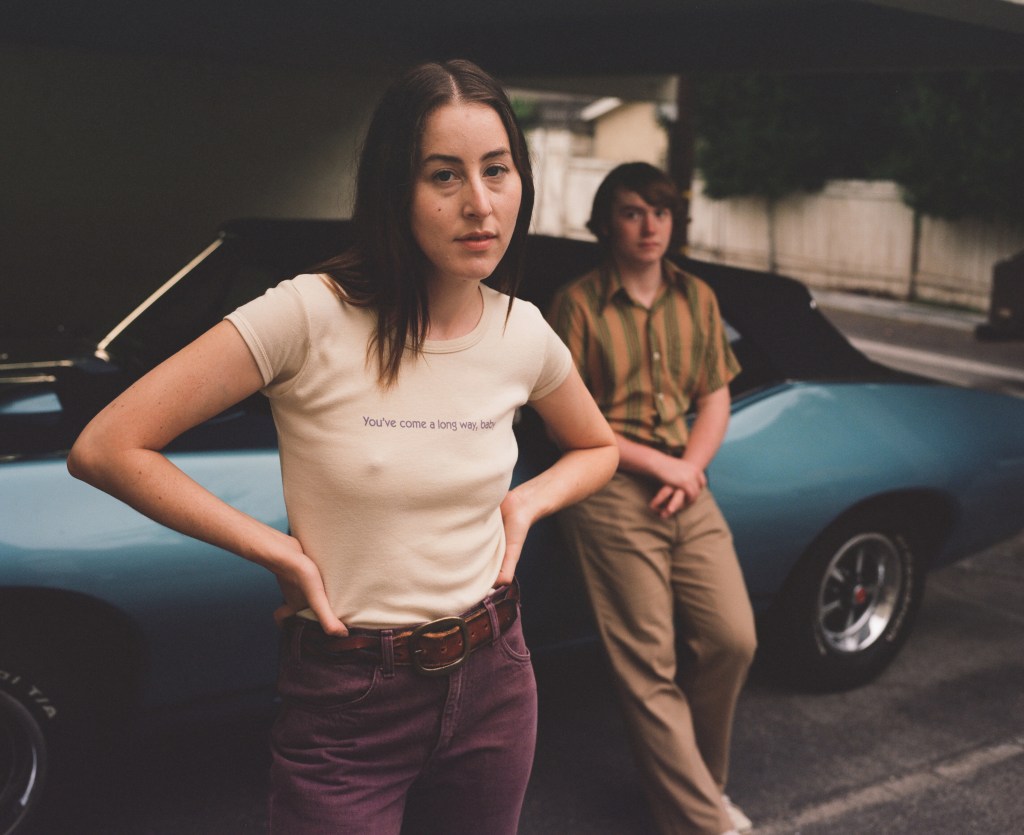 And so begins one of the most memorable and complex on-screen romances in years. On paper, you raise your brow at the pair’s age difference. However, it’s our mixed feelings about the gap and the actors’ incredible chemistry that make the movie so riveting and sneakily powerful.

The other big question on viewers’ minds is can Haim act? She’s famous for being one third of the music group Haim (both of her sisters and parents are in the movie, too). Answer: Oh, yes she can. Alana is going through what millennials termed a “quarter-life crisis.” She’s approaching 30, has no career or romantic prospects and still lives with her parents. Haim takes her character’s depressing life and makes it lovable, relatable and human.

This Anderson goes right where another Anderson (Wes) went wrong earlier this year in “The French Dispatch.” The movie is packed with stars in supporting roles: Sean Penn, Bradley Cooper (untethered and hysterical as Barbra Streisand’s ex Jon Peters), John C. Reilly, Maya Rudolph, Harriet Harris (you will howl when she says “you’re a fighter!”). But the cast list is not a gimmick and nobody is cashing a check. They make epics of two-minute cameos, unlike the A-list “Dispatch” actors, who each said one monotonous line and called an Uber.

The director’s work is also easy on the eyes. He returns to the ‘70s a lot in his movies, and thank God for that because he’s one of the few directors around who can frame that fascinating decade in the dirty, sinister, decadent way it deserves.

Especially, though, good on Anderson for taking a gamble on a newcomer to play his impeccably written leading man. It’s paid off. Zach Wilson gets flirty with girlfriend on...