Surpassing Dota 2 would be a dream for many games, and yet League of Legends has managed to nail it. Online multiplayer games are the norm for a huge chunk of the gaming community. In this article, we will talk about League of Legends 11.12 Patch update preview details. Here’s all you need to know about the same: 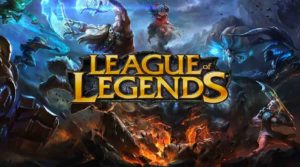 League of Legends, or Lol, is an online multiplayer battle arena game. The game mechanism is close to that of Dota 2. Players control a character or Champions, which has its own unique set of abilities. Players can choose from an extensible catalogue of 155 Champions. Over the course of the game, players earn experience points as they go on dealing damage and slaying the enemies.

About 21 hours ago, Mark Yetter, Gameplay Design/Director of League of Legends released a tweet regarding the 11.12 update patch preview. He mentioned the size of the update, which isn’t a lot. You can find the tweet here:

It's a pretty light one, the team is still iterating on the mobility reduction work for a later patch. pic.twitter.com/fOjVwCMf9X

The update had the following Champion Buffs:

Here are the Champion nerfs:


There was also some System nerfs:

There you have it, the League of Legends 11.12 update patch preview details revealed.

Read more about gaming on Digistatement. Among Us Peppa Pig Mod: What is it?