The Chicago White Sox appear to be feeling the effects of their underwhelming season in the dugout.

During Monday night’s game against the Tigers, White Sox starting pitcher Lance Lynn was seen in a shouting match with third base coach Joe McEwing that was captured on the live broadcast.

Both are seen in an animated discussion, gesturing wildly with their arms, before storming away from each other after a few seconds.

The confrontation occurred after the second inning, when Lynn appeared frustrated with the infield’s defensive positioning after what appeared to be a routine groundout turned into an RBI single due to the shift. The hit gave Detroit a 3-2 lead at the time.

“He was mad at himself because he made a horse manure pitch,” manager Tony La Russa told reporters afterward. “A lot of guys thought it was because of positioning… I could read his lips. He was mad because he didn’t make the pitch. Joe cleared it up and then we moved on. He’s never going to blame a coach. You talk about accountability, he’s one of the best.”

Lynn was making his first start of the season after undergoing April surgery to repair a slight tear in his knee. He settled down after the dust-up with McEwing and held the Tigers to three runs over 4 1/3 innings in what became a 9-5 White Sox victory.= 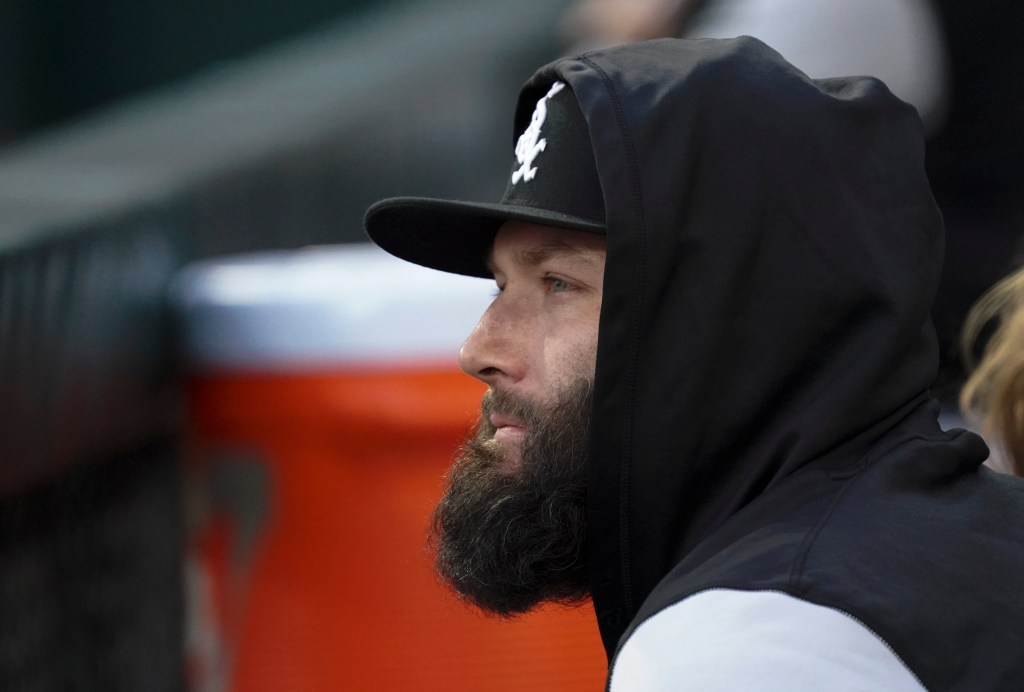 The former Yankee offered an even more dubious explanation for the blowup.

“He was trying to get me going, he kept telling me filet is better than ribeye,” Lynn said. “I’m more of a ribeye kind of guy, and he’s a filet and caesar salad (guy). So I just kept saying he was wrong, and he went back to coaching third.”

The White Sox are hoping Lynn, a finalist for the Cy Young award in 2021, can provide a spark in the midst of a disappointing season. Chicago came in as possible contenders for the World Series, but have struggled to a 28-31 record behind a swath of injuries and questionable managerial decisions from La Russa.

Stars Yasmani Grandal, Eloy Jimenez and Tim Anderson are currently on the injured list, and pitcher Michael Kopech left in the first inning of his start Sunday with an apparent knee injury. Perhaps a fired-up Lynn is what they need to weather the storm.