Lamar Jackson fired back at a Ravens critic Sunday following the team’s stunning loss to the Jaguars in a vulgar tweet that has since been deleted.

A short time after the Ravens suffered their fourth loss of the season, Jackson — who went 16-for-32 for 254 yards and one touchdown in the 28-27 loss — responded to a fan who critiqued his performance and pursuit of a lucrative contract extension.

“When someone is asking for over 250 mil guaranteed like @Lj_era8… games like this should not come to @jtuck9 [Ravens kicker Justin Tucker]. Let Lamar walk and spend that money on a well rounded [sic] team,” the critic tweeted, tagging Baltimore’s quarterback in the message.

Jackson then alleged the fan “never smelt a football field” in his profane response, which also included a homophobic insult. 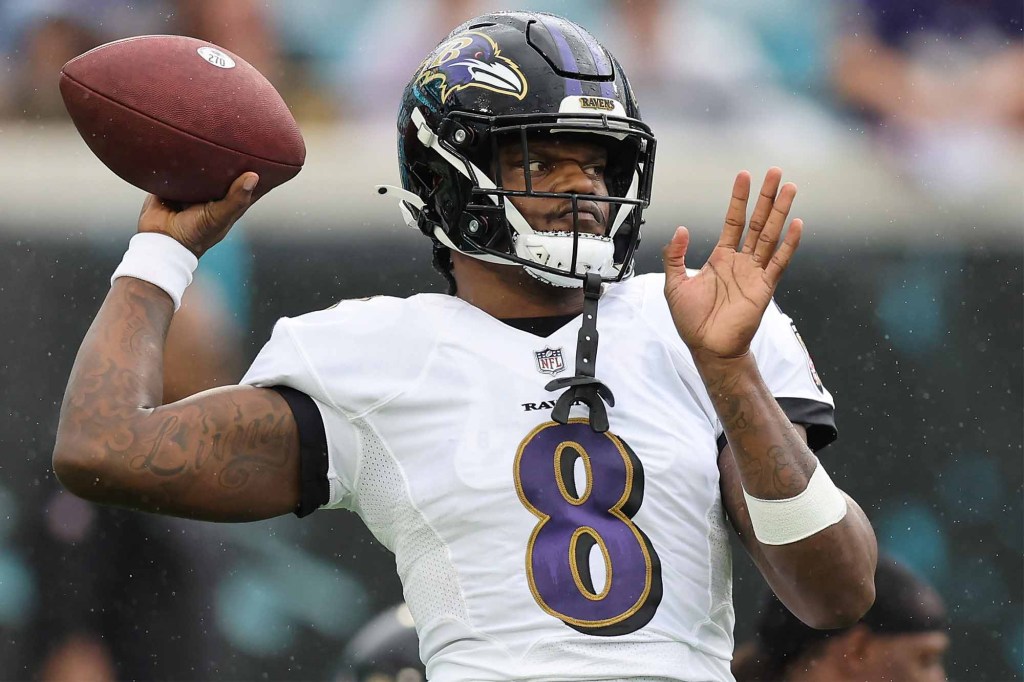 “Boy STFU y’all be cappin too much on this app mf never smelt a football field never did s— but eat d—k,” he wrote.

The quarterback’s tweet was deleted hours later, per ESPN.

The Twitter exchange came after a wild finish in Jacksonville. The Ravens took a 27-20 lead with just over two minutes remaining before Trevor Lawrence led a drive that ended with a touchdown and a successful two-point conversion with seconds to go in regulation. Tucker came up just short with a 67-yard field-goal attempt as time expired. 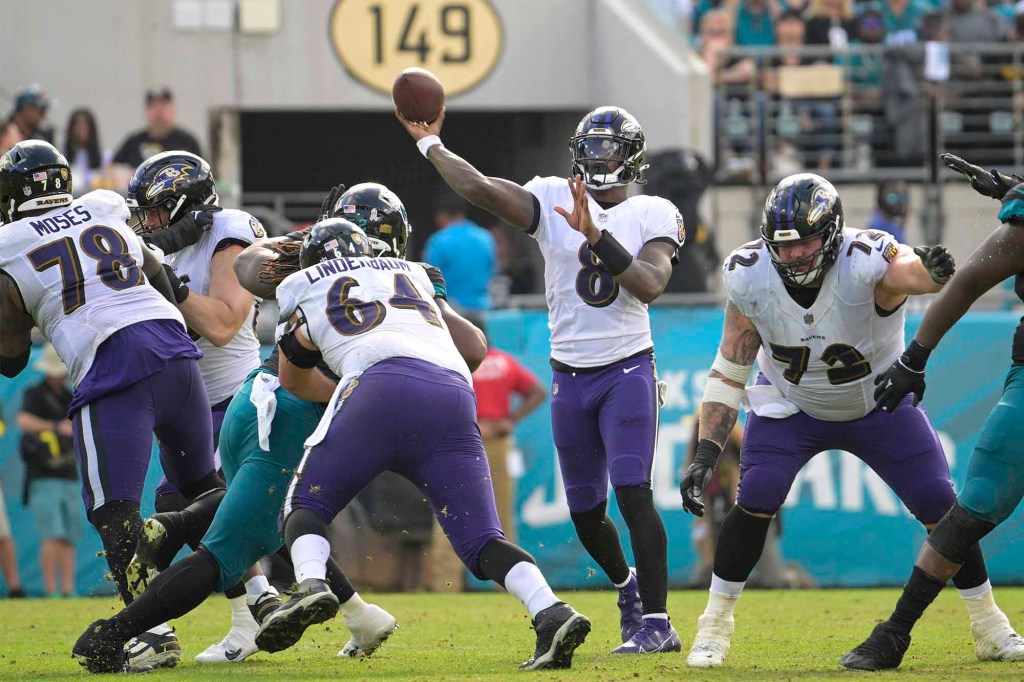 Ravens quarterback Lamar Jackson (8) throws a pass against the Jaguars on Nov. 27, 2022.AP

Although the Ravens are very much in the mix of the AFC playoff race at 7-4, it remains to be seen if Baltimore and Jackson can agree on an extension for the future.

ESPN’s Adam Schefter reported in September that Jackson turned down a contract offer believed to be worth around $250 million.

Jackson, the league MVP in 2019, has thrown for 2,231 yards, 17 touchdowns and seven interceptions through 11 games this season. Will Smith knows you don’t want to see him...