TORONTO – Kyrie Irving’s refusal to conduct an interview on YES — the Nets’ rightsholder — before the Brooklyn star was reinstated frustrated some at the network, sources close to the situation said.

The 30-year-old Irving, who was suspended by the Nets after posting social media links to an anti-Semitic movie and refusing to apologize, gave an exclusive interview to the rival SportsNet New York network (SNY) on Saturday.

“I want to apologize deeply for all my actions throughout the time that it’s been since the post was first put up. I’ve had a lot of time to think,” Irving told SNY’s Ian Begley.

“But my focus, initially, if I could do it over, would be to heal and repair a lot of my close relationships with my Jewish relatives, brothers and sisters,” he added.

The decision to go to a direct rival vexed several YES staffers, a source told The Post. The consternation was not believed to have reached the executive level. 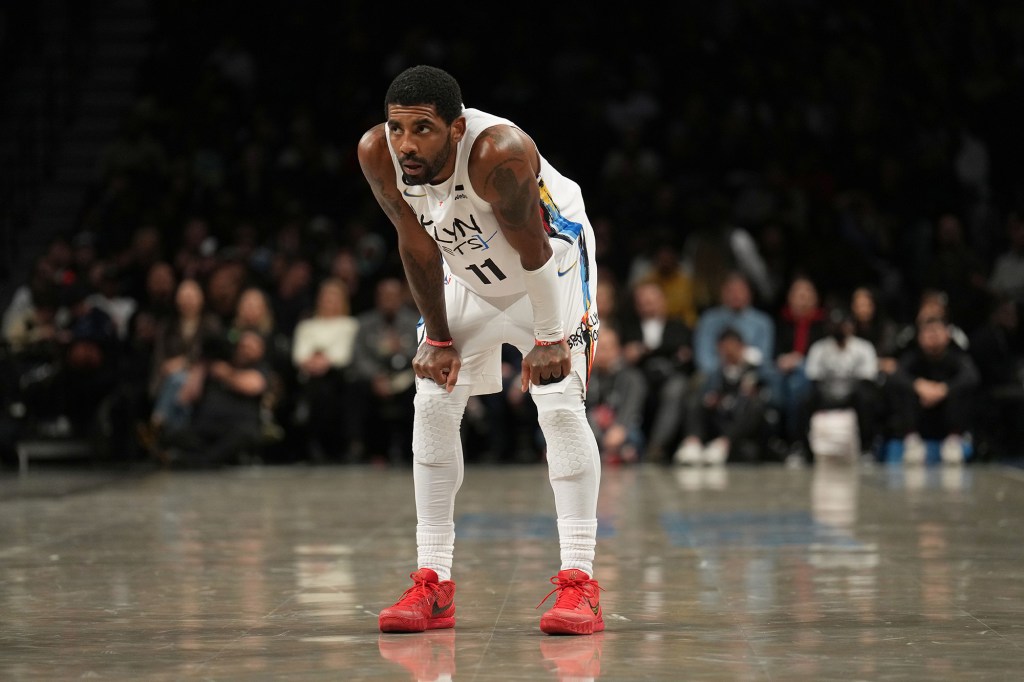 Kyrie Irving returned from his suspension on Sunday against the Grizzlies.NBAE via Getty Images

Irving’s SNY interview — which sources told The Post was not set up through the Nets — preceded a public mea culpa with the assembled media the following day. The latter led the team to finally lift the suspension they’d imposed on Nov. 3.

The initial suspension was for a minimum of five games — without pay — and reinstatement was contingent on completing several tasks, one of which included the aforementioned public apology for promoting the film.

On Oct. 29, YES Nets announcer Richard Jefferson said he was “disappointed” with Irving for posting on Twitter about an anti-Semitic movie and earlier about Alex Jones, adding that his refusal to delete the post was tacit endorsement.

Irving ended up being sidelined for eight games before playing Sunday against the Grizzlies.

While the YES broadcast largely ignored the controversy during Irving’s return against Memphis, they and several of their commentators had been critical of the star almost immediately after his Oct. 27 tweet.

Both Begley and The Post had interviewed the fans wearing the shirts, with some viewing The Post’s story as having been more overtly critical of Irving.

Emmy-winning YES play-by-play man Ian Eagle did not get to interview Irving.

While shunning the rightsholder during his suspension, Irving eventually gave Begley an exclusive interview.