Kyrie Irving made an ESPN reporter work to get a good answer.

Irving had a fractious back-and-forth with Nick Friedell when the Nets star promoted a film laced with antisemitic tropes on social media.

Wednesday night, after the Nets defeated the Wizards 113-107, Friedell asked Irving a question about how great Kevin Durant has been playing and received little in the way of elaboration.

“Do you remember a stretch where Kevin’s been this efficient?” Friedell asked, after Durant has shot 44-of-64 from the field over the past three games.

Trying to tease out further comment, Friedell asked, “When was it?”

Friedell knew he was in a cat-and-mouse game and laughed it off as Irving smiled. 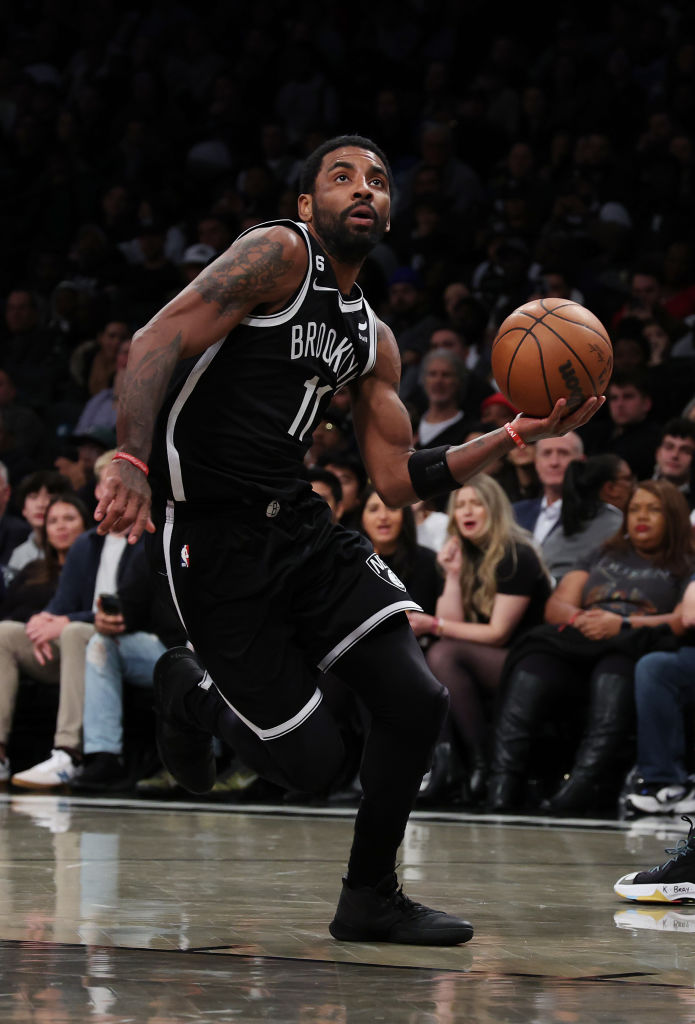 Kyrie Irving didn’t want to give Nick Friedell a good answer about how well Kevin Durant is playing.Getty Images 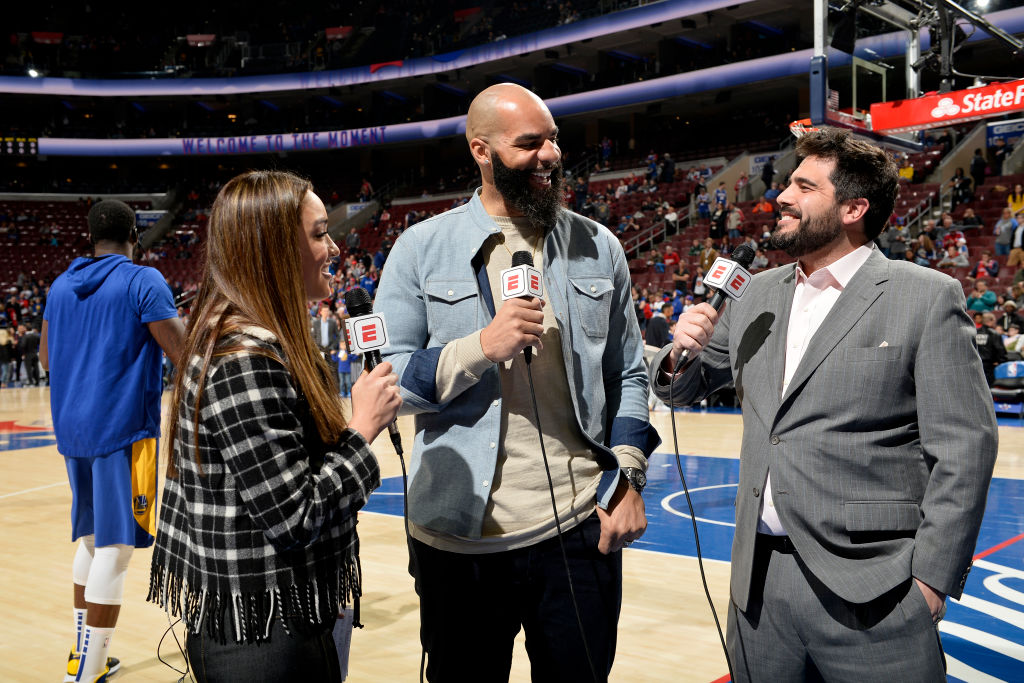 Kyrie Irving had a fractious back-and-forth with Nick Friedell (right) during the “Hebrews to Negroes” controversy. NBAE via Getty Images

Eventually, Irving relented. “I mean, maybe not the efficient number, but we’ve seen Kevin go on a 30-point barrage when he won MVP, right?” he asked. “I don’t know how many games he went 30 in a row, but hopefully he keeps it up.”

The Nets have won three in a row and six of their last eight, appearing to steady the ship after a rocky start to the season.

Irving missed eight games as he was suspended by the team for promoting the film “Hebrews to Negroes,” and for his initial stubbornness in avoiding apology before ultimately issuing one.

Part of that initial stubbornness was in an exchange with Friedell, who asked Irving about promoting the film and book of the same name, to which the Nets point guard asked him, “Can you please stop calling it a promotion? What am I promoting?”

After more back-and-forth, Irving said, “Don’t dehumanize me up here. I’m another human being. I can post whatever I want so say that, shut and down, and move on to the next question … Make another Instagram clip so you can be famous again. Next question.”

Eventually Irving did offer a full apology on Instagram.

“Can you please stop calling it a promotion? What am I promoting?… Don’t dehumanize me up here.”

Kyrie Irving and Nick Friedell have an exchange during the Nets postgame press conference.

“To all Jewish families and Communities that are hurt and affected from my post, I am deeply sorry to have caused you pain, and I apologize. I initially reacted out of emotion to being unjustly labeled Anti-Semitic, instead of focusing on the healing process of my Jewish Brothers and Sisters that were hurt from the hateful remarks made in the Documentary,” the apology read, in part.

“I want to clarify any confusion on where I stand fighting against anti-[Semitism] by apologizing for posting the documentary without context and a factual explanation outlining the specific beliefs in the Documentary I agreed with and disagreed with,” the apology read in part. “I had no intentions to disrespect any Jewish cultural history regarding the Holocaust or perpetuate any hate. I am learning from this unfortunate event and hope we can find understanding between us all. I am no different than any other human being. I am a seeker of truth and knowledge, and I know who I Am.”