Kyrie Irving-Nets soap opera far from over despite opt-in

In what amounted to a stare-down between Kyrie Irving and the Nets, his employer won. With Brooklyn unwilling to give him a long-term max deal and Irving unable to get one elsewhere, he settled and opted into the final year of his contract.

The Nets avoided the nuclear option of Irving leaving and potentially triggering Kevin Durant to do the same. But just because the team didn’t get dragged over the cliff doesn’t mean it’s not still on the precipice.

Though Irving and Durant are both under contract — Irving for the upcoming season at $36.5 million, Durant starting a four-year extension — there’s a looming question: Are they unhappy? Because Brooklyn learned the hard way what Boston already knew: An unhappy Irving is a dangerous Irving.

“I feel bad for those guys there, that they have to deal with him,” one league source told The Post.

Irving could still leave next summer or sign an extension at any point or even force his way out via trade. Will the Nets actually holding firm against Irving, for the first time leave, him chafed or chastened? 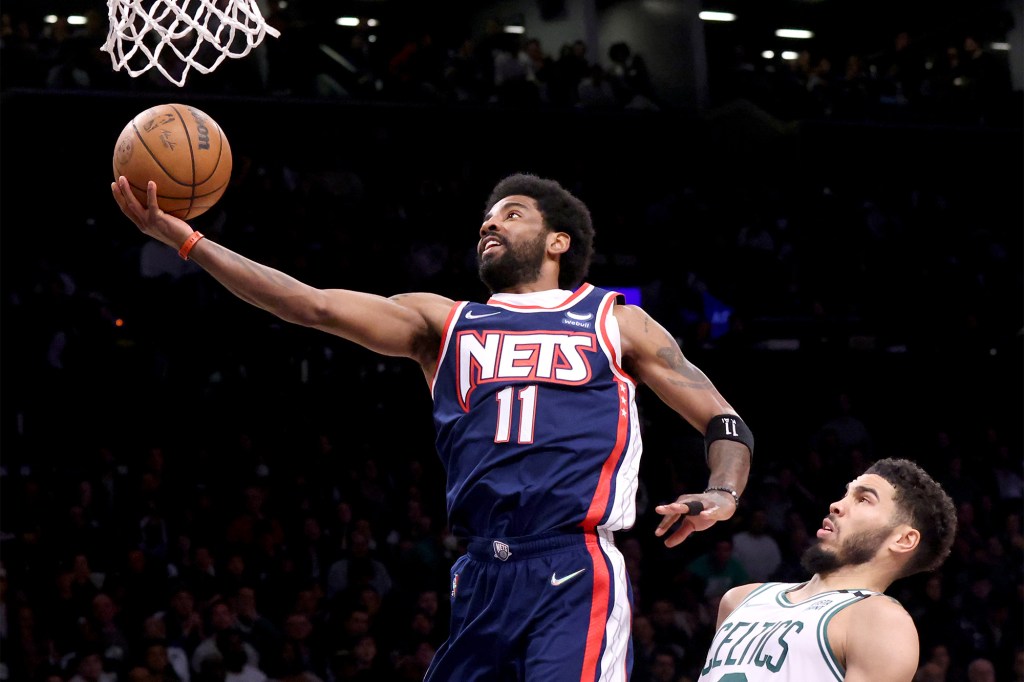 Kyrie Irving opted in for $36.5 million to stay with the Nets next season.Charles Wenzelberg/New York Post

From the moment Irving arrived, Brooklyn had acquiesced to every prior demand, from signing DeAndre Jordan to his personal leave to tabling a four-year, $181 million max deal until he refused to get vaccinated. And after telling Irving he couldn’t be a part-time player, they even capitulated on that.

“I’m not sure I would’ve handled it that way,” another league source told The Post. “They basically told him they don’t trust him. Which I get: He’s untrustworthy. But telling him he can’t be a part-time player is going to [anger him]. I wouldn’t sign everybody he wants, but I’d just [praise him] in public. He needs that.”

If it looks outwardly like the Nets don’t trust him, well, looks aren’t deceiving. After watching him miss 130 games (including playoffs and play-in), GM Sean Marks and owner Joe Tsai refused to give him the full max extension he sought.

Brooklyn and Irving’s agent/stepmother Shetellia Riley Irving swapped proposals that included the sort of language previously reported in The Post: a four-year deal with the last two triggered by games played in the first two seasons, and a two-year extension with incentives based on games played. According to The Athletic, Irving’s camp gave a short-term counteroffer that the Nets rejected.

Irving threatened to bolt for nothing, leveraging the specter of Durant demanding a trade if he did. But after the Nets called his bluff and gave him permission to seek a sign-and-trade, Irving found his market tepid at best. 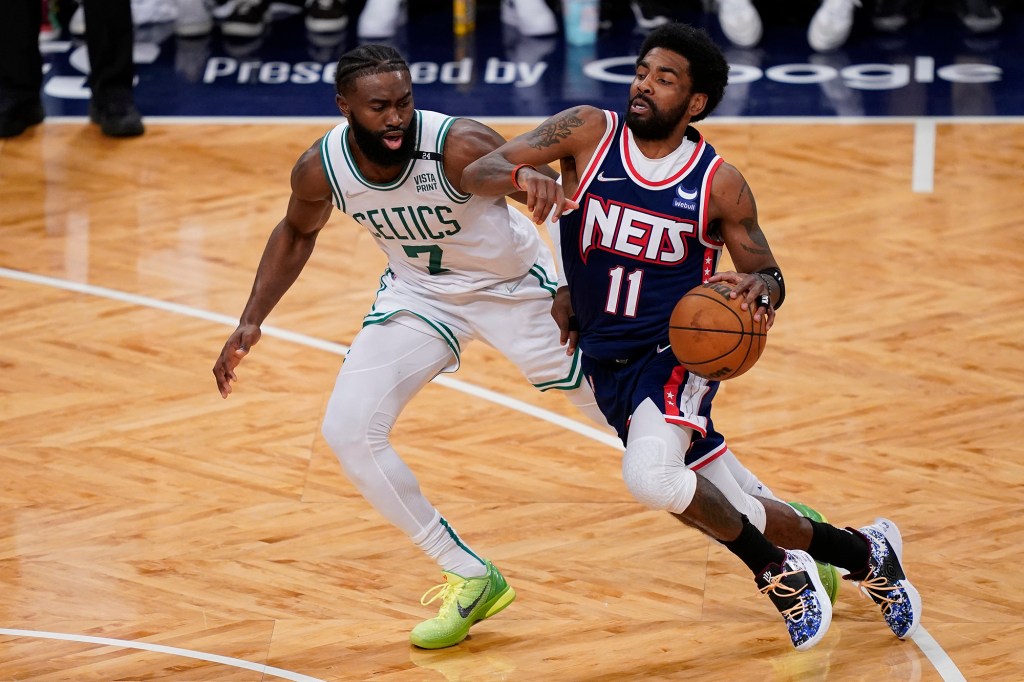 Kyrie Irving drives to the basket.AP

In the end Irving opted in, rather than take a $30 million pay cut to reunite with LeBron James in L.A. Instead, he’s reunited with Durant in Brooklyn.

With Irving under contract, the Nets could still move him. It wouldn’t require a sign-and-trade, which would’ve hard capped any team getting him.

The rub is there’s little demand for Irving, and moving him for role players would be counterintuitive. Though Durant never told Brooklyn that he would ask out if Irving leaves, antagonizing him at this point would be unwise. Durant must still have substantive talks with Marks and Tsai about how to build this team going forward.

An unhappy Irving could be counterproductive toward that end.

He can agree on an extension at any point between now and June 30, 2023, they’d simply have to wait until July 6 to sign it.

The All-Star posted a video Tuesday from North Dakota, his first comments since opting in.

“This is a great moment in my spiritual path, being present enough to understand that it’s not me doing all this. At this point I’m being pushed in certain directions,” Irving said, adding, “You can’t be afraid to make mistakes, in private or out in the open. The mistakes that you do make, you’ve got to learn from them.”

He was unclear of what mistakes he spoke. But one thing he’s learned is he’s going to have to earn that max contract he wants — whether it’s in Brooklyn or elsewhere.

kyrie irving opera despite
Read The Rest at
nypost.com