Donovan Mitchell made an appearance at Rucker Park on Thursday night, his latest stop in what has been an offseason tour around the country and especially around New York City for the Jazz star, who is likely on the trading block.

Fans at the street basketball championship in Harlem crowded Mitchell as soon as he arrived. The Elmsford native posed for pictures, signed some autographs and took a seat next to rapper Fat Joe in a gated-off section behind a baseline. 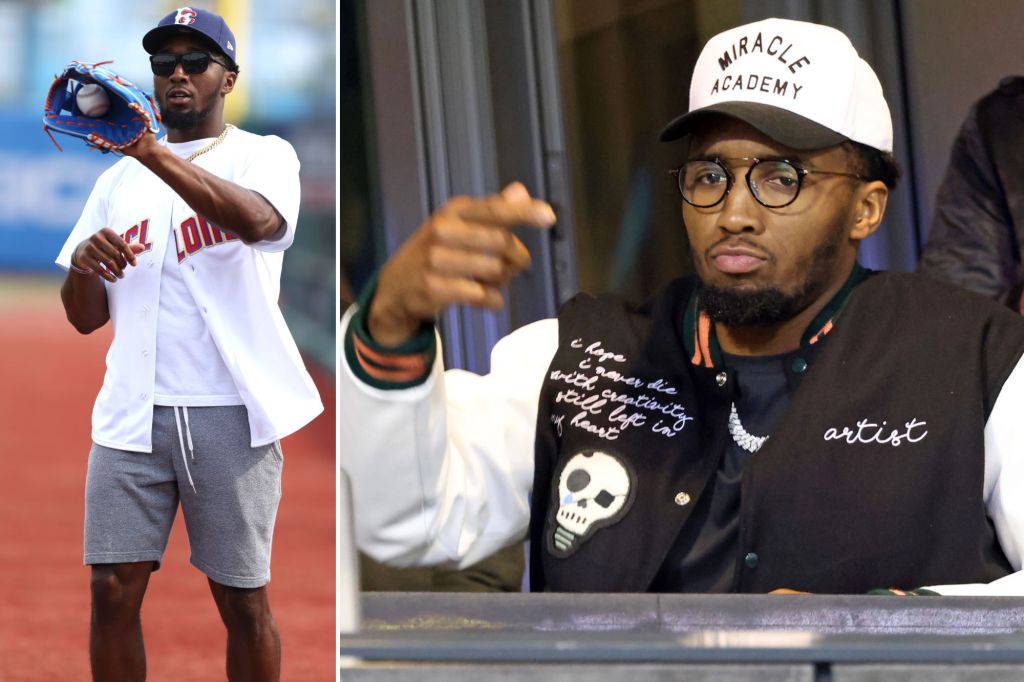 Mitchell, who gave away a pair of his sneakers to a young fan at halftime, was not wearing any Jazz gear and appeared to only be representing himself, with a hat bearing his “Spida” logo.

A handler for Mitchell said the star would not be taking questions from the media. The question, though, is whether Mitchell’s presence around the City speaks for itself.

Mitchell, who has been a fixture around the Mets (and even occasionally their affiliates) this summer, has made it clear through public appearances, if not public words, that he loves New York.

The three-time All-Star is the son of Donovan Mitchell Sr., who is an executive for the Mets. The Jazz star has taken batting practice at Citi Field and in Brooklyn before a Cyclones game, for which he threw out the ceremonial first pitch.

As active as the guard has been around New York this offseason, he has flirted with other cities, too. According to viral footage, Mitchell recently had been in Miami, where he teamed up with Heat star Bam Adebayo in a Pro-Am league.

If Mitchell is moved, Utah will have suitors. The Athletic reported this week the Knicks and Jazz have re-engaged on trade talks concerning Mitchell after weeks of quiet.

Thursday, he looked at home while greeting people and watching basketball. Will his next home be the Garden?