The Skims founder, 42, took her 332 million Instagram viewers on a tour of her home Wednesday, starting with her walkway, where the billionaire placed giant trees made of fake skeleton bones.

She then panned over to cloaked human-like figures “having a bonfire” before revealing her “favorite part” — her friends and family’s molded hands coming out of the ground.

The newly single reality star said she had a “molding party,” where those close to her came over to lend a hand.

Her chef even got in on the action and held up a fake knife for his mold.

“I definitely wanted a more tonal palette this year,” Kardashian explained as she showed off her mostly white decor. 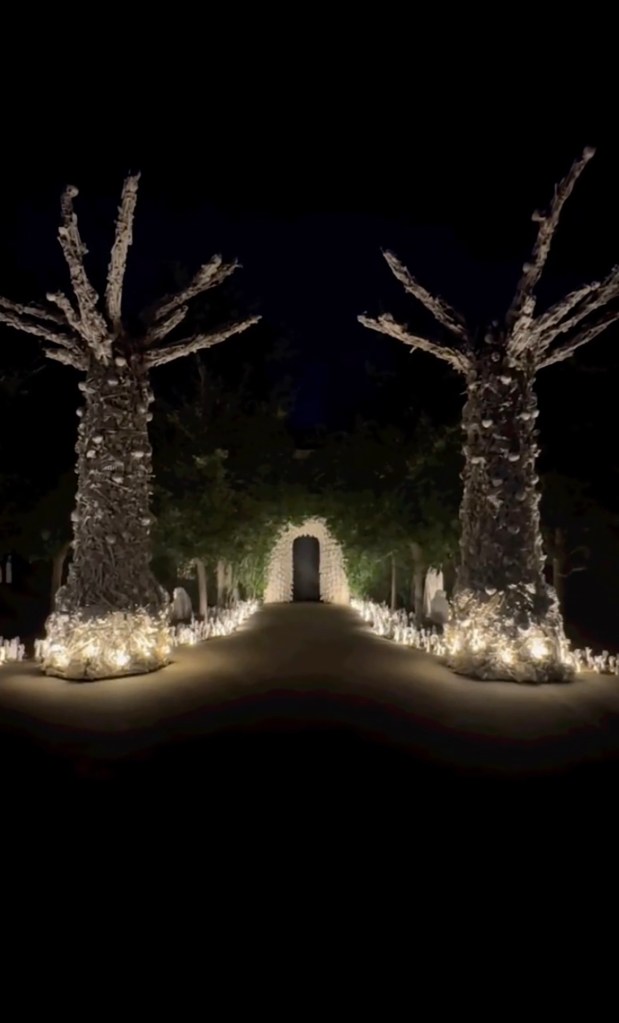 Kim Kardashian had trees made of bones. Instagram / kimkardashian

The house even came alive when screams echoed throughout the $60 million residence.

“I don’t know what they’re watching in there, but it sounds like a horror film,” Kardashian laughed, presumably referring to guests in her theater room. 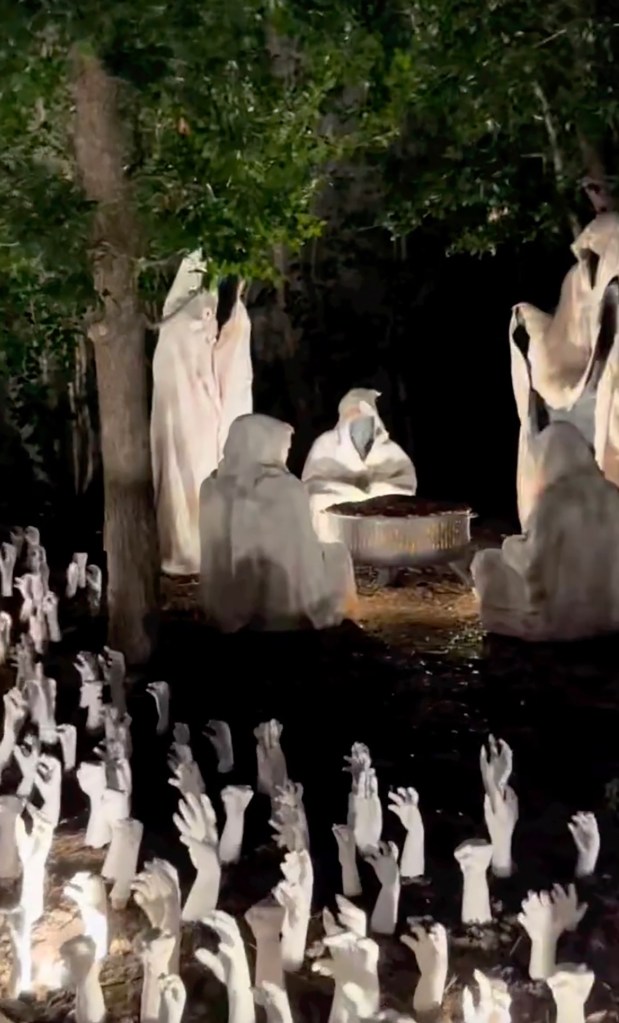 Figures “having a bonfire” also sit in front of Kardashian’s house. Instagram / kimkardashian

Her extravagant reveal comes as sister Kourtney Kardashian and her husband, Travis Barker, received backlash for “inappropriate” “Halloween Ends”-themed decor for their celebration of the holiday.

The spine-tingling displays include everything from a sea of plastic dead bodies to goth candles, black crows and lots of splattered blood. 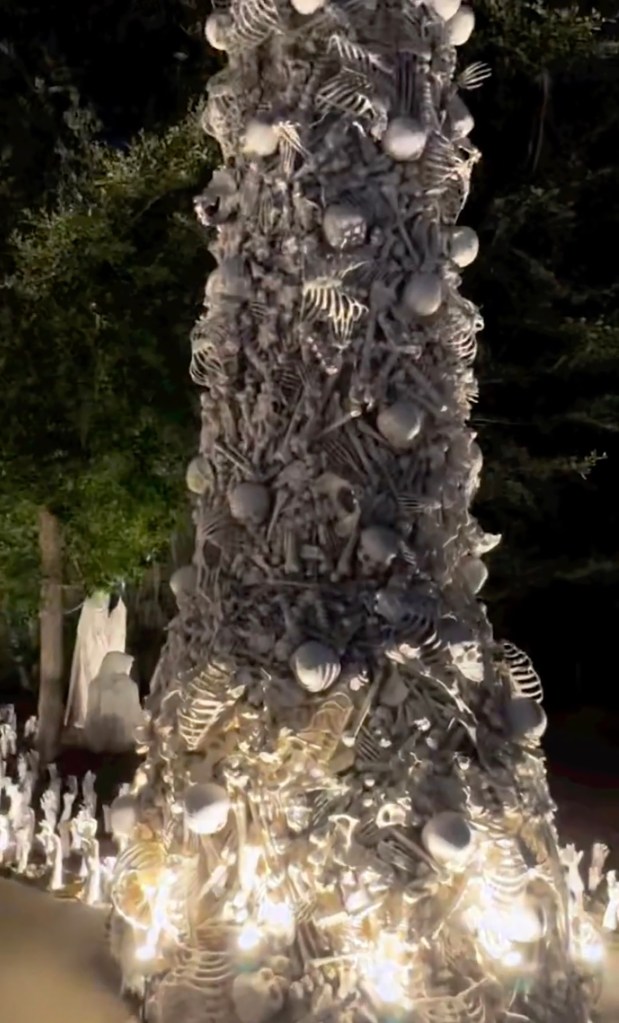 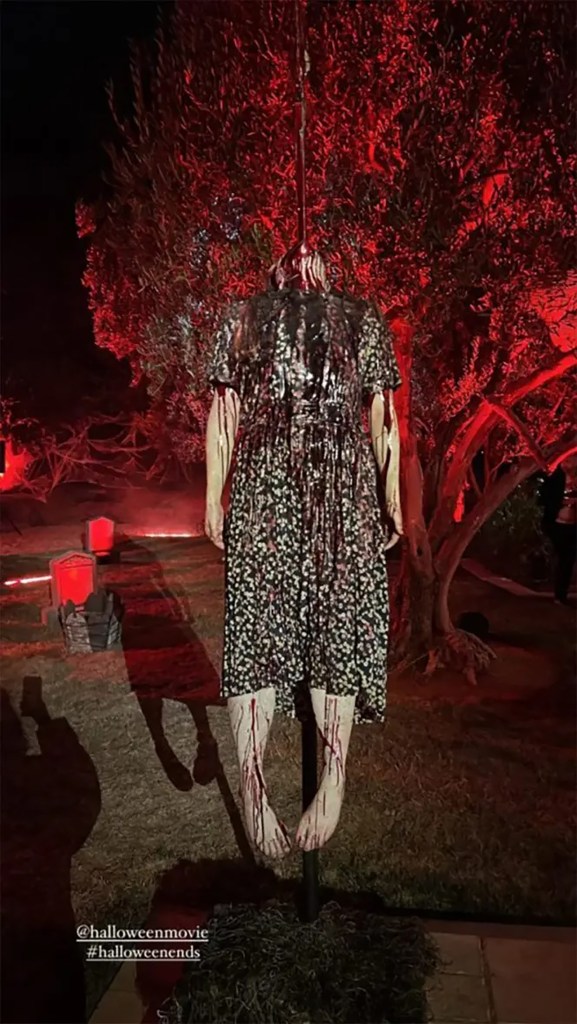 Critics on Reddit called out the new Mrs. Barker for drawing inspiration from “Halloween Ends” because of the movie’s ties to Comcast, which owns a stake in Hulu — where her family’s new reality series is exclusively streamed.

“Everything they do is an ad,” one Kardashian critic wrote. “That’s how they keep their money. Their trips are funded, too. When Kim promotes a movie she is being paid to promote it.” 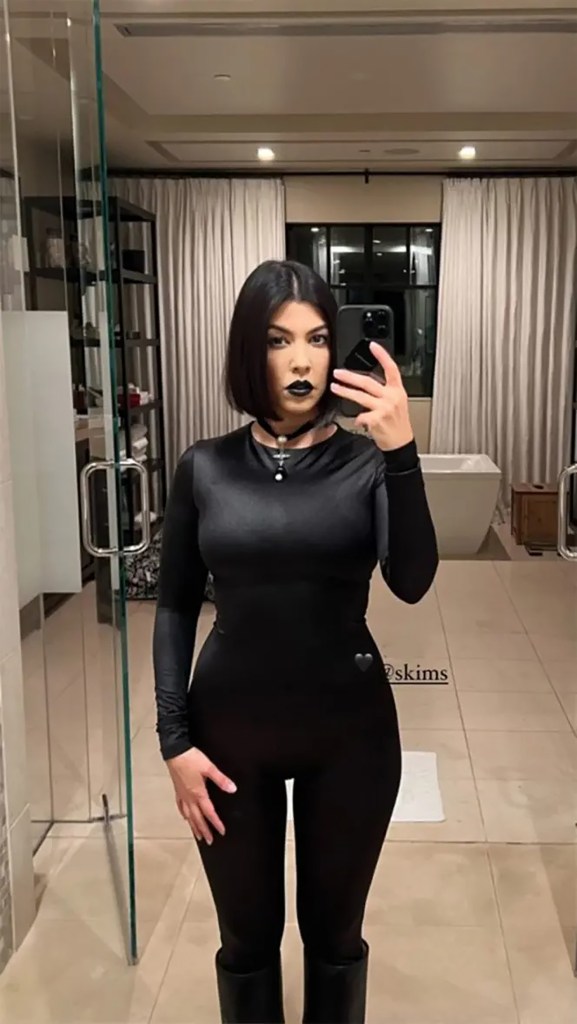 On Tuesday, Kim and Kanye’s kids dressed up as musical greats for a Halloween photoshoot posted to Kim and North’s joint TikTok account.