Kevin Durant made his stance clear to Nets owner Joe Tsai: It’s me or them.

The star scorer reiterated his trade request in a meeting with Tsai this week, telling the billionaire he must choose between Durant or the GM/coach pairing of Sean Marks and Steve Nash, per The Athletic.

Durant requested a trade out of Brooklyn on June 30, one year after inking a four-year, $198 million extension, which is set to begin this season. 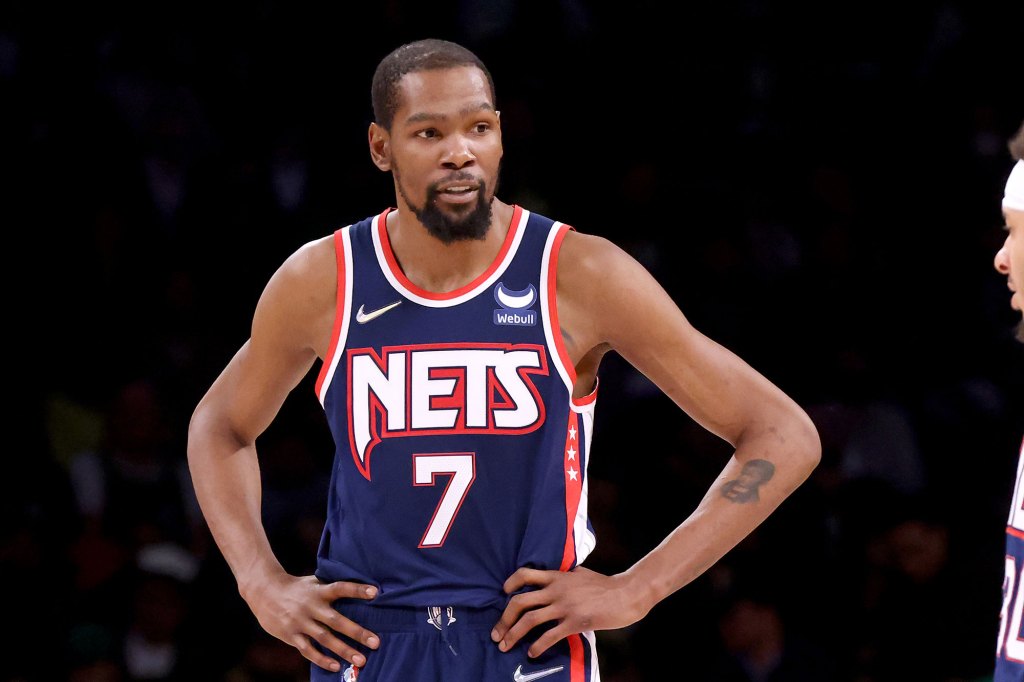 The 12-time All-Star spoke with Tsai in London over the weekend.

Durant and Kyrie Irving came to the Nets hoping to create a dynasty, but, even paired with James Harden, failed to win a single playoff series. Irving missed a sizable chunk of the 2021-22 season due to local vaccination protocols and was unable to agree on a contract extension with the team, instead picking up his $36.5 million player option for this coming season.

Marks, who called for the team to regain is culture in March, has been in contact with almost every other team in the NBA, though none has met the Nets’ threshold for a deal. The Boston Celtics, Toronto Raptors and Miami Heat are viewed as premium landing spots for Durant. ‘I Dream of Jeannie’ star Barbara Eden: I was...