But the pair were plagued by persistent rumors that they secretly loathed one another off-camera — and, in 2017, Philbin claimed he’d never been asked back on the program and hadn’t spoken to Ripa since his exit.

The bubbly blond didn’t dispute Philbin’s claims at the time — something she now regrets.

In an interview on Andy Cohen’s “Watch What Happens Live” on Thursday night, Ripa alleged that she has been “targeted” and unfairly maligned due to her silence on the issue.

“I wish I had set the record straight in real time,” she proclaimed. “I really trusted the people around me … People keep telling me to take the high road.”

“As a woman we are often told to take the high road, and that is woman speak for ‘Shut the f–k up,'” the small screen star further declared. 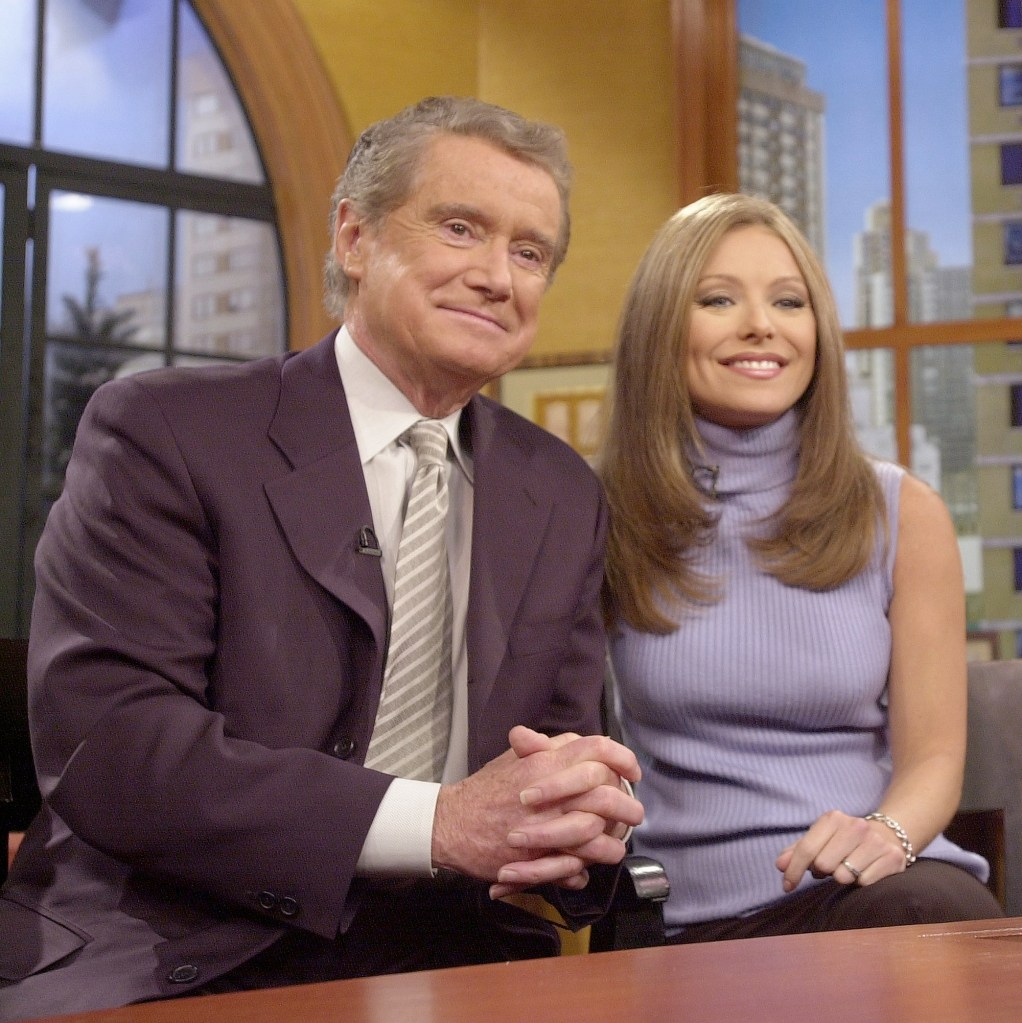 Ripa and Philbin spent a decade hosting ABC’s “Live!” together, sharing the screen between 2001 and 2011. Getty Images

Ripa has now written about her relationship with Philbin in her new tome, “Live Wire: Long Winded Short Stories.”

The budding author says she isn’t “trashing” her late co-star, and actually “expresses a lot of love” for him in the book.

“I painstakingly wrote every single word of this book, and it was hard and those chapters [about Philbin] were the hardest to write,” she told Cohen.

Earlier this week, while promoting the tome, Ripa spoke candidly about Philbin in an interview with People, saying: “I don’t want to feel like I’m slamming anyone or that I’m being disrespectful. But I also want people to know it was not a cakewalk.”

Ripa lifted the lid on what it was like working with Philbin, saying their working relationship started off on the wrong foot. 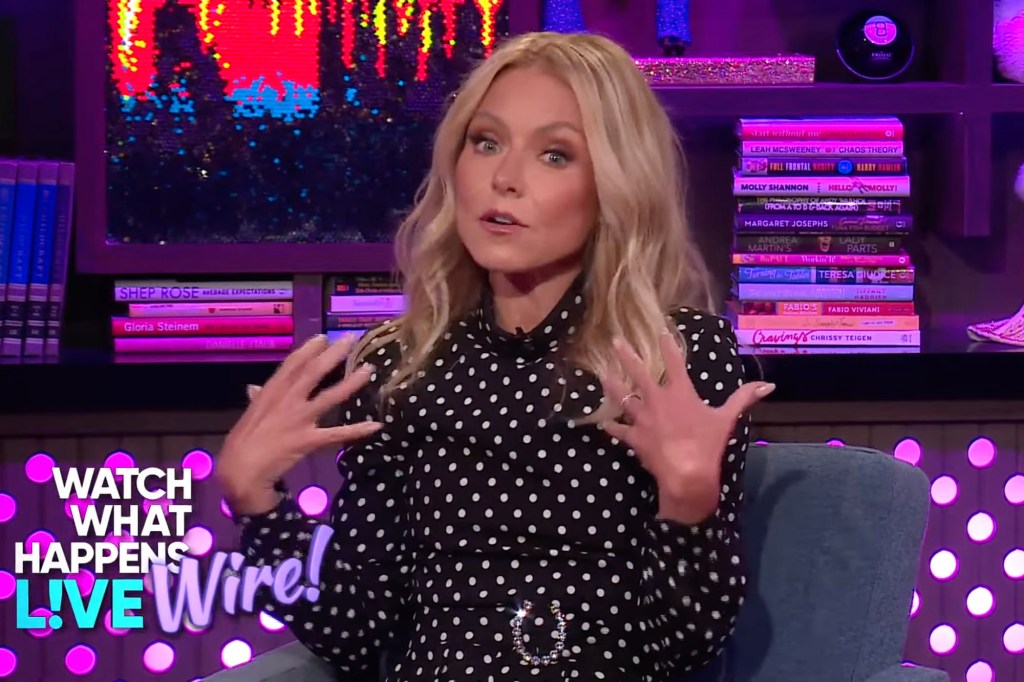 Ripa spoke candidly with friend Andy Cohen on Thursday night. She insisted that she “expresses a lot of love” for Philbin in her new book. WWHL

The blond was ordered not to bring an “entourage” to the set, but she showed up with a make-up artist and a hairstylist — much to Philbin’s upset.

“I came with hair and makeup,” the blond admitted. “It was not an unusual thing for people on a television show to show up with.”

However, she claims Philbin greeted her and the show’s executive producer, Michael Gelman, with a deadpan greeting: “Uh-oh, Gelman, it’s got an entourage.”

Ripa told People that Philbin’s remark “felt horrible.” “He was probably trying to be funny, but at the same time it felt like a pile-on,” she said. 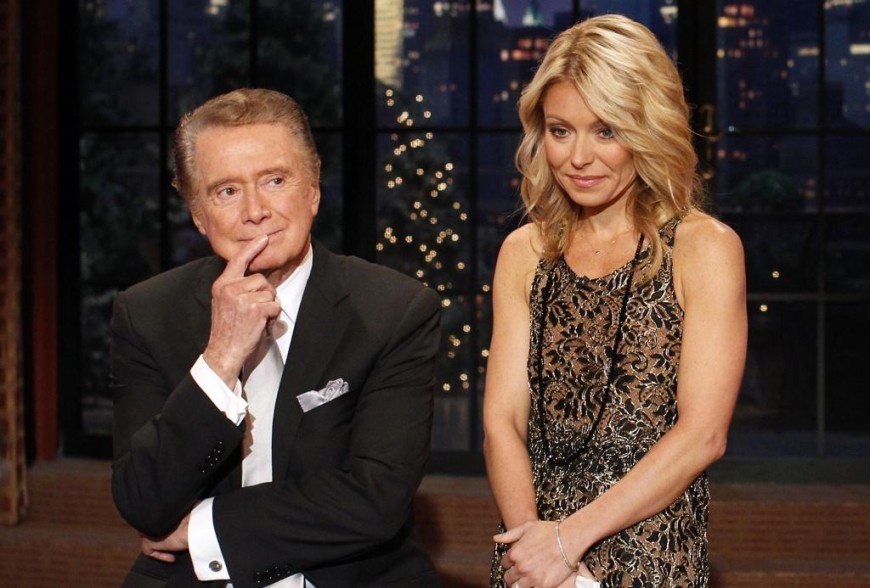 The pair were plagued by persistent rumors that they secretly loathed one another off-camera,

Still, the pair spent a decade on the small screen together before Philbin announced his retirement in 2011.

Addressing those remarks, Ripa told People on Monday, “The show had reached out many times. It makes me sad, but it’s not something I will ever understand. I was steadfast in my attempt at communication. You can’t make a person befriend you.” 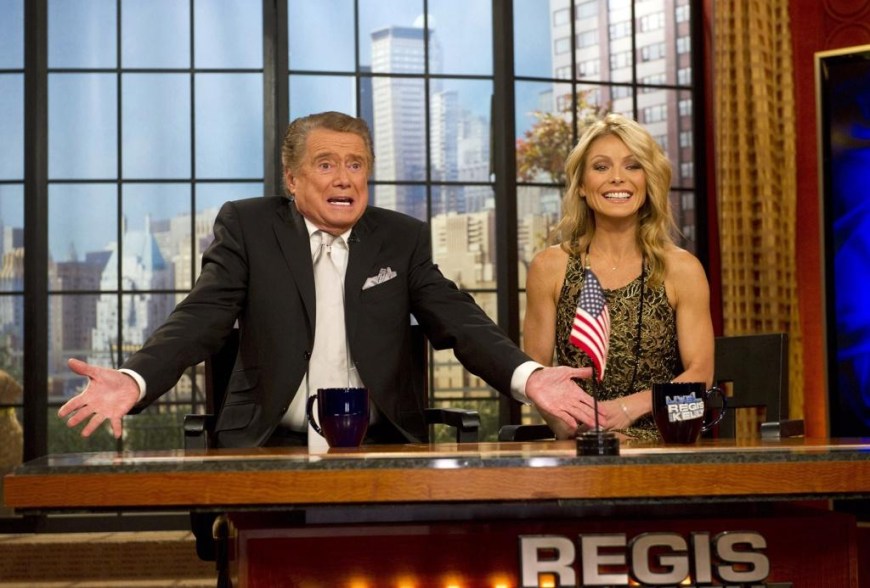 However, Ripa insists there were also “good days” working with Philbin on “Live!” and says their relationship was less strained outside of work.

The star says she “enjoyed” the “handful of times” they spent together away from the show’s set.

“We went to the same resort once on vacation and he came to a dinner I hosted — one of the favorite nights of my life,” she stated. “I never laughed so hard.”

She also paid tribute to Philbin’s TV talents, telling People, “If I could become a 10th as good, I’d be happy. It’s taking the audience on a ride with you and remembering that you are always the butt of the joke.”

“I loved him,” she subsequently declared, “and I still do.”