Despite fierce backlash from black celebrities — including a walkout from Jaden Smith — Kanye “Ye” West is not apologizing for his controversial “White Lives Matter” attire during Paris Fashion Week in Paris, France.

In fact, the 45-year-old rapper recently doubled down on his criticism of Black Lives Matter in a Tuesday Instagram story.

“Everyone knows that Black Lives Matter was a scam,” he declared, seemingly referencing the group’s multiple multimillion-dollar scandals. “Now its over[.] You’re welcome.”

The Chicago-born rapper was addressing the controversy that began after he donned a T-shirt emblazoned with “White Lives Matter” while staging a surprise Yeezy fashion show that showcased his season 9 clothing line. Various models, including Lauryn Hill’s 18-year-old daughter Selah Marley, also hit the runway in shirts bearing the slogan, which was created by white supremacists in response to the Black Lives Matter movement. It has since been labeled a “hate slogan” by the Anti-Defamation League. 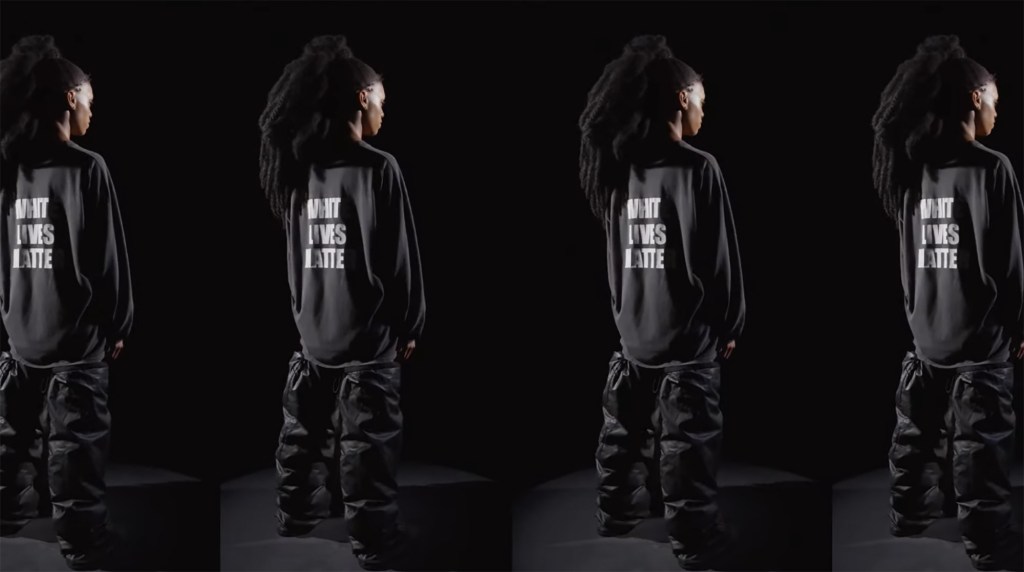 “Everyone knows that Black Lives Matter was a scam,” he declared in a tweet.Kanye West/YouTube 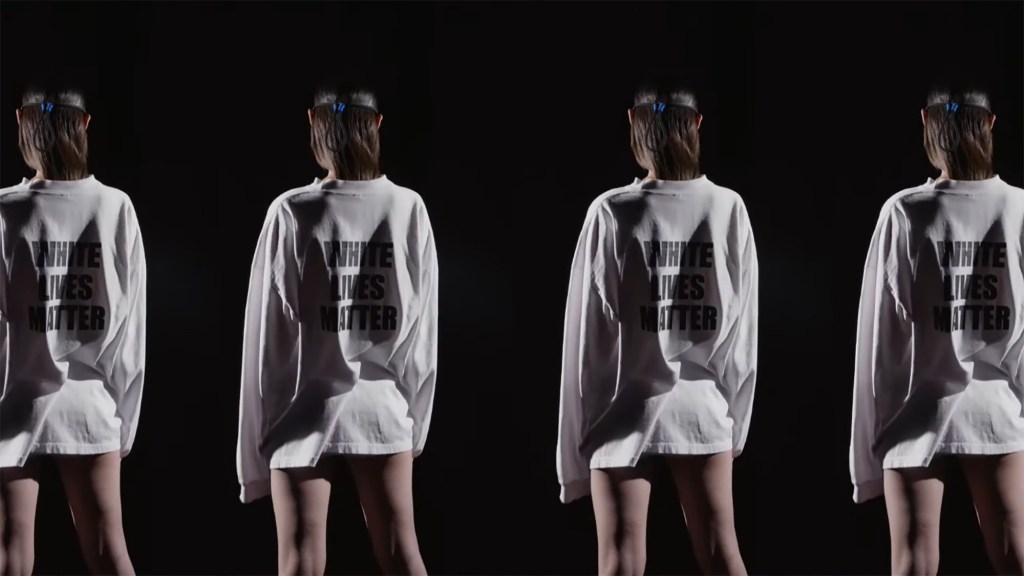 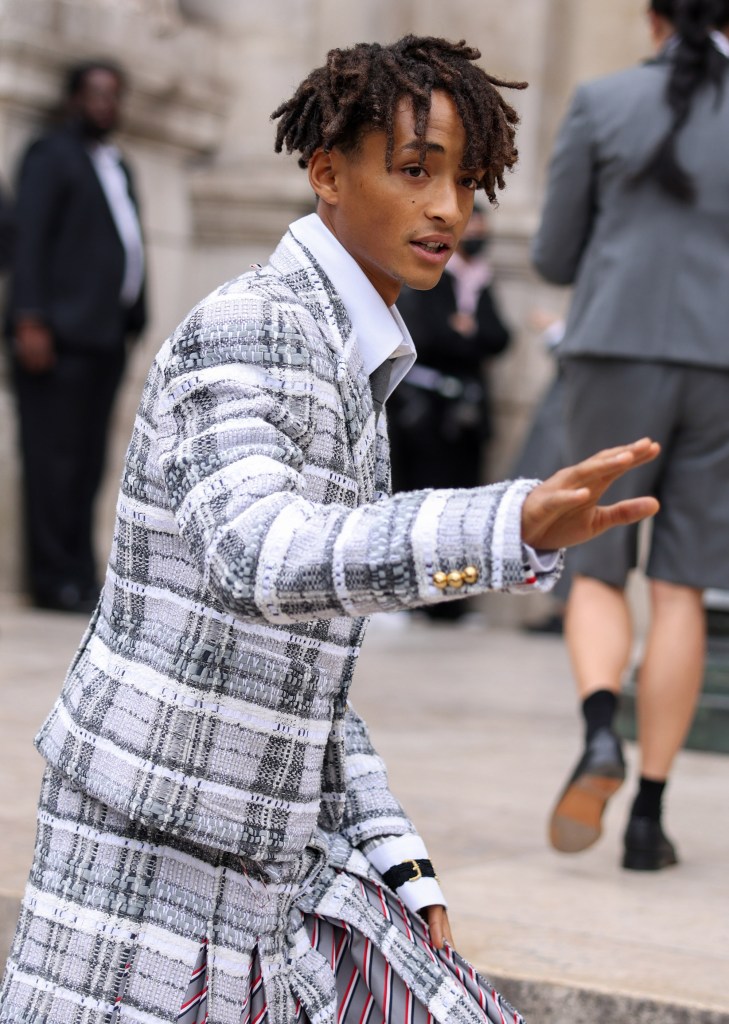 Jaden Smith said he walked out of the show.GC Images

Needless to say, the inflammatory fashion statement sparked a firestorm of backlash from celebrities of color, including Marc Lamont Hill and Jaden Smith.

“I Had To Dip Lol,” tweeted Smith after walking out of West’s fashion show in protest. He continued his criticism in a series of follow-up tweets: “True Leaders Lead. I Don’t Care Who’s It Is If I Don’t Feel The Message I’m Out. Black Lives Matter. We Demand A More Progressive Future.”

“Kanye West decision to wear a ‘White Lives Matter’ shirt is disgusting, dangerous and irresponsible,” Hill fumed on Twitter. “Some of y’all will rush to defend him. You should ask yourselves why.” 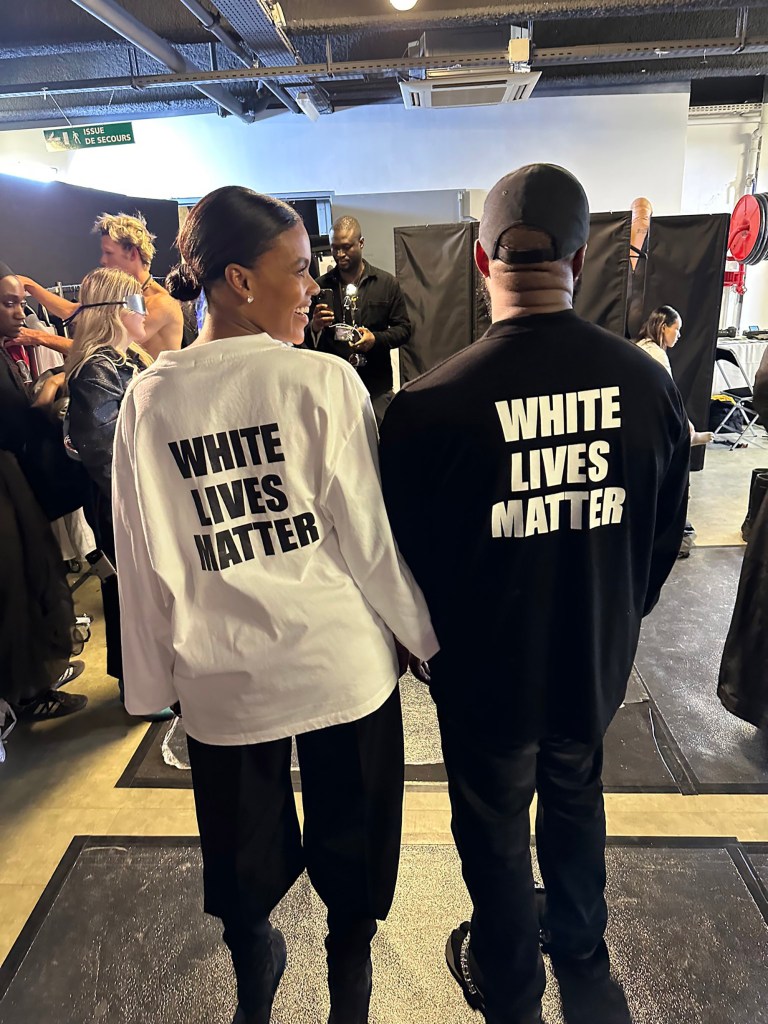 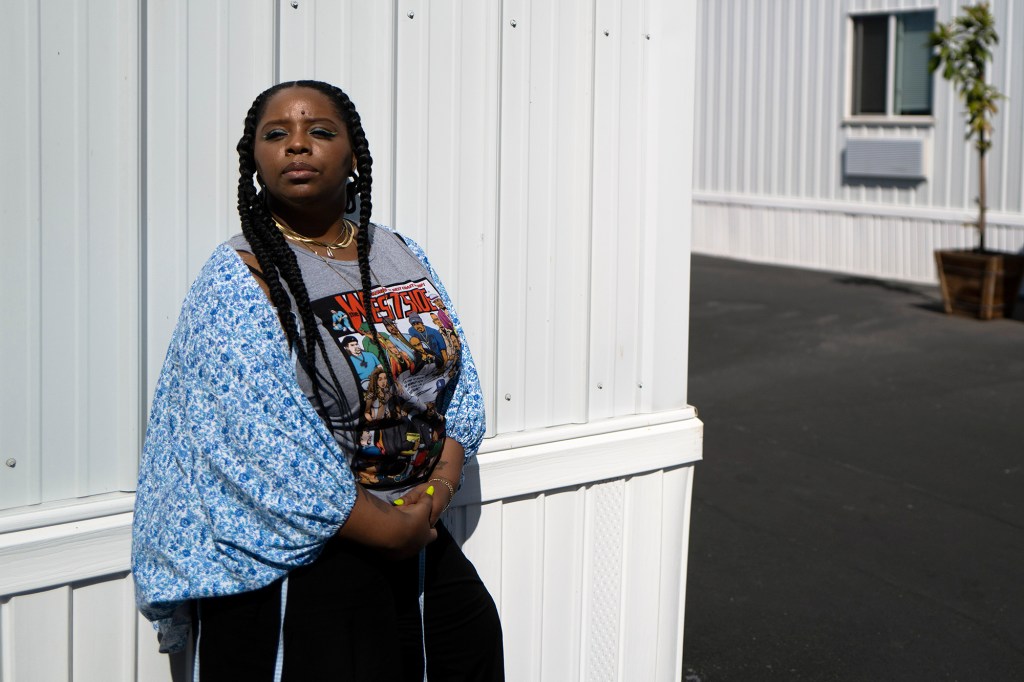 Black Lives Matter co-founder Patrisse Cullors was accused of using charity funds to pay her brother and child’s father eye-watering sums of cash for various services, according to tax documents filed with the IRS.AP

In response to the outrage, West doubled down on his anti-BLM antics. Along with the aforementioned statement, the “Jesus Walks” singer had also posed with conservative pundit Candace Owens for a photo that showed them wearing matching “WLM” shirts, which also feature the Pope’s face on the front.

Both celebs have been outspoken in their criticism of Black Lives Matter, which has come under fire after BLM leaders allegedly embezzled money from the org to fund their lavish lifestyles. Last month, BLM head Shalomyah Bowers was accused of “siphoning” more than $10 million in fees from donors to pay his consulting firm.

Black Lives Matter issued a statement after, denying wrongdoing. “Under Shalomyah Bowers’ leadership and the work of Bowers Consulting, BLMGNF has charted a path of responsibility,” the statement read. “The exact opposite of what Melina Abdullah and BLM Grassroots’ baseless lawsuit claims.”

Cullors issued a statement after, admitting to throwing parties with funds but denying further wrongdoing.

“The idea that (the foundation) received millions of dollars and then I hid those dollars in my bank account is absolutely false,” she said. “That’s a false narrative. It’s impacted me personally and professionally, that people would accuse me of stealing from Black people.” Steelers blowing up their Mitch Trubisky... Naomi Watts: I was told my career would be over...