Kanye apologizes to Kardashian — but claims Kim ‘discriminated’ against him Kanye is sorry for “stressing” Kim Kardashian out — but says she discriminated against him in their marriage.

An atypically contrite “Can’t Tell Me Nothing” rapper apologized to his socialite ex-wife Thursday, repenting for disrupting her peace with his antics in the wake of their acrimonious split.

“This is the mother of my children, and I apologize for any stress that I have caused,” said Kanye, 45, better known as Ye or Yeezy, on “Good Morning America.”

“I need this person to be the least stressed and at best sound mind and as calm as possible to be able to raise those children,” he added of Kardashian, 41 — who he recently said has full parental control of their brood “80% of the time.” 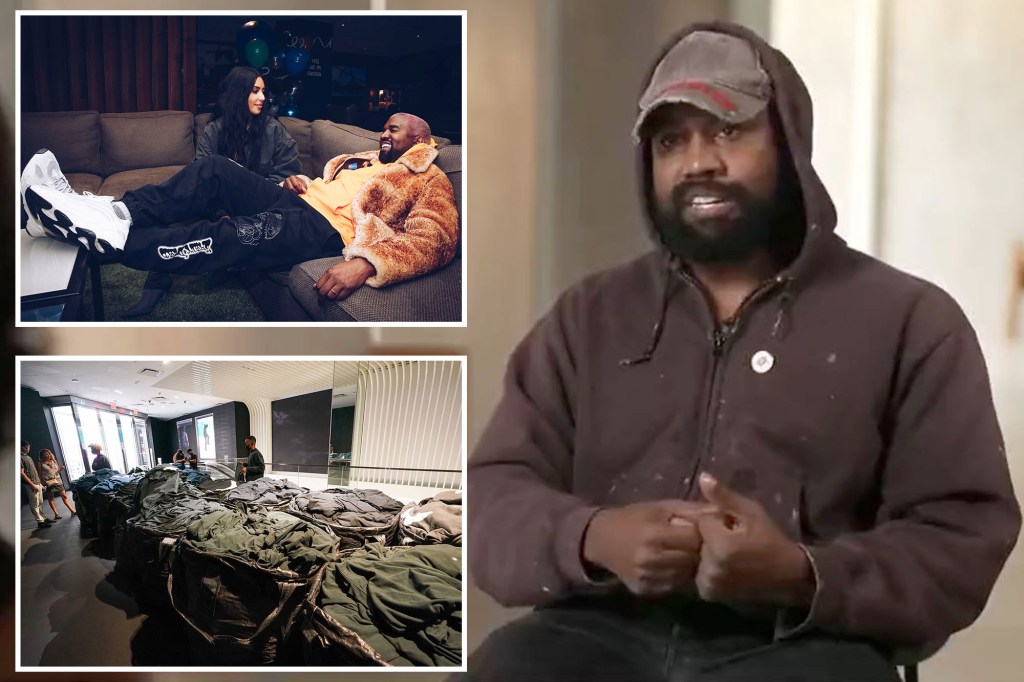 Kanye says he felt discriminated against in his marriage with Kim Kardashian, as well as in his partnerships with the GAP and Adidas. GMA / ABC

Ye’s expression of remorse comes after he appeared to have released a string of private and contentious texts with Kardashian and members of famous family — including mom Kris Jenner, 66 — to his 17.2 million Instagram followers.

At the top of the month, Yeezy publicized screenshots of a chat in which he and the SKIMS mastermind appeared to be at war over where their kids attended school. In the since deleted conversation the “Jesus Walks” emcee writes: “You don’t have say so of where the kids go to school. Why you get say say, cause you half white?” 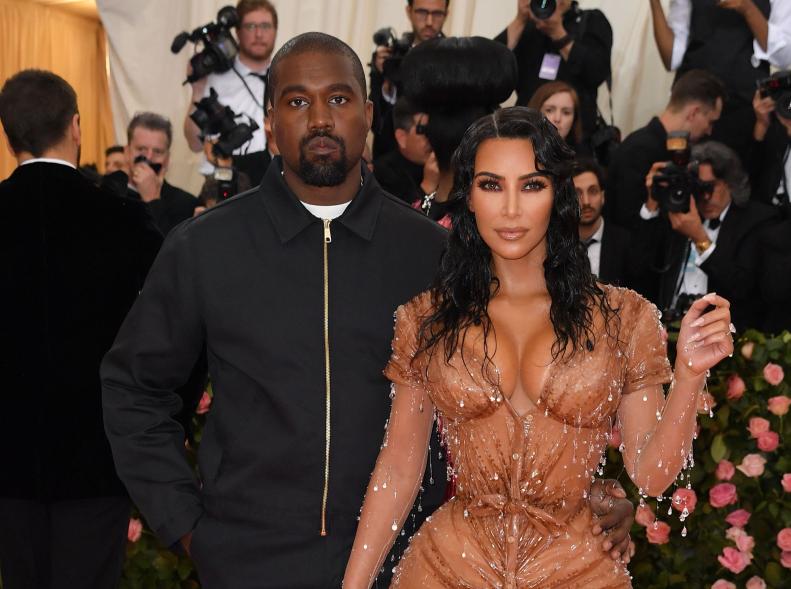 Kanye has allegedly exposed private conversations between himself and his ex-wife online. AFP/Getty Images 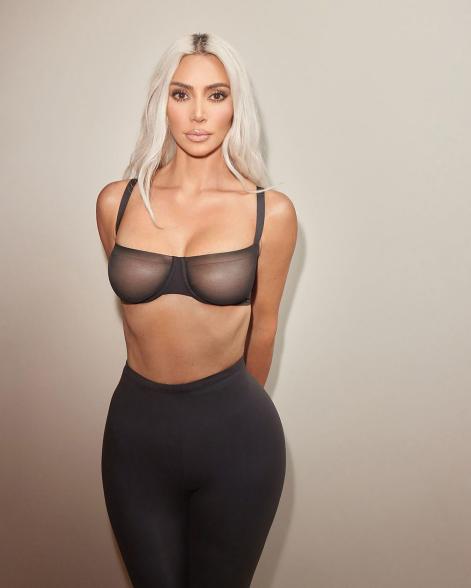 In a recently posted and deleted text message, he appears to blame his ex's behavior on the fact that she's "half white." 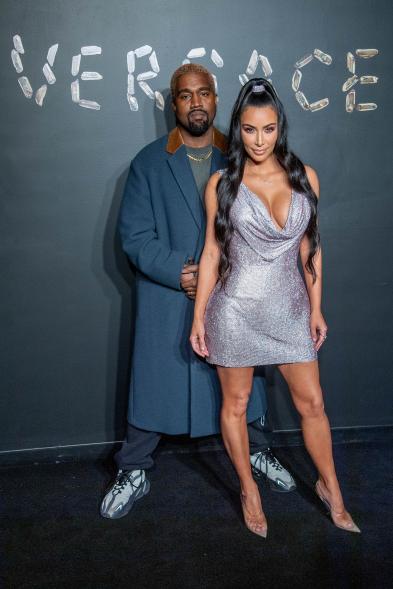 Kanye claims he's had to "fight" for the right to parent his children. Getty Images

While on “GMA,” Ye revealed that he’s had to “fight” for his right to parent his children.

“I do have a voice but I had to fight for it,” said the Chicago native. “That hurts you when you have to scream about what your kids are wearing.”

And Kanye identified “discrimination” as that parallel. 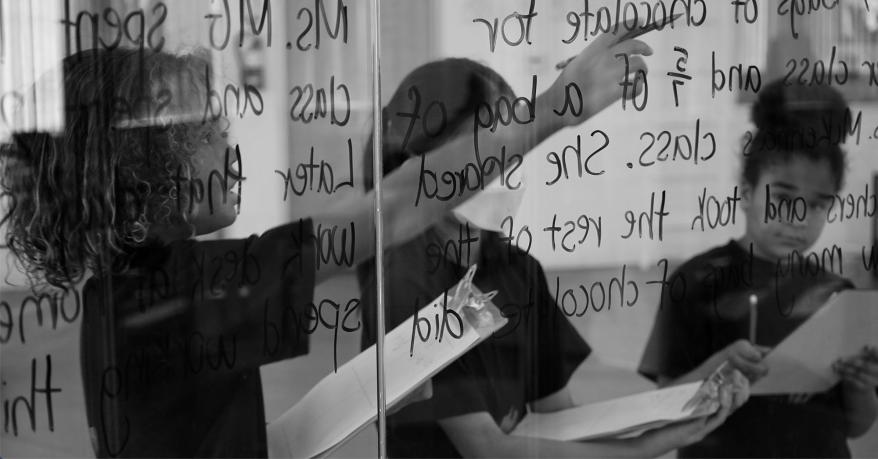 Kanye says he wants his and Kardashian's kids to attend his private Christian school, where they teach the "gospel." Donda Academy 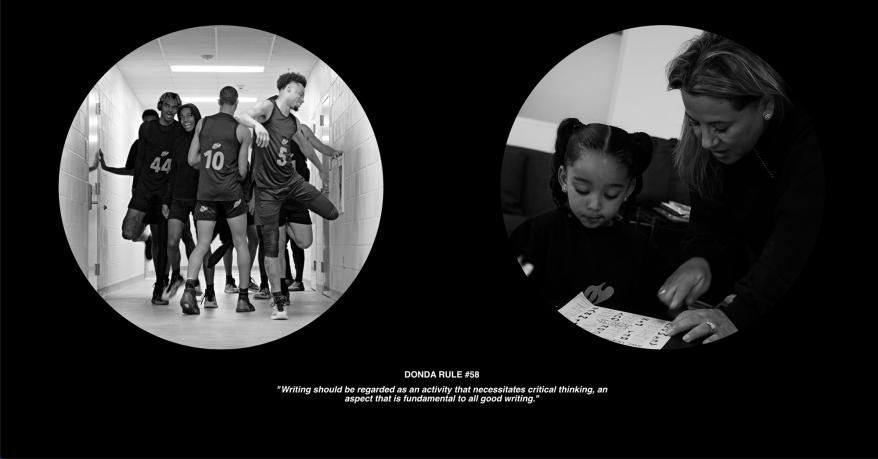 Kanye admits that he's used his platform to amplify his voice as a parent. Donda Academy 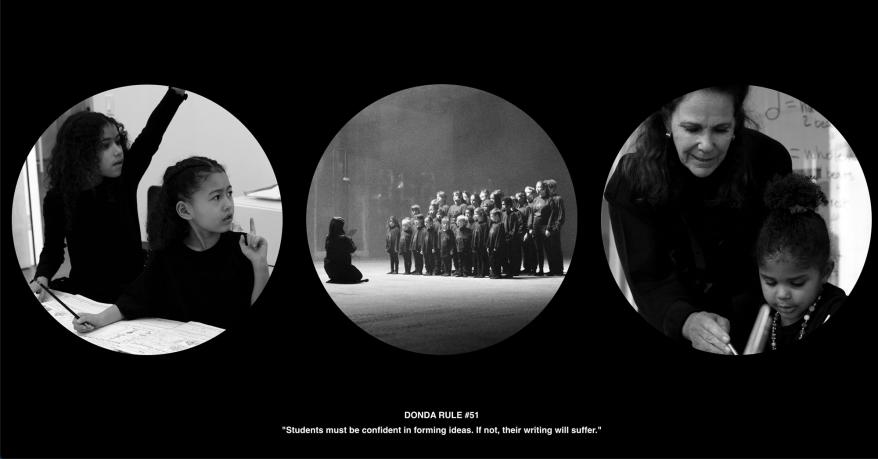 When asked if he felt discriminated against during his marriage to Kardashian, the “Father, Stretch My Hands” lyricist said: “Yeah. I want my kids to go to Donda [Academy] and I have to fight for say-so.”

Donda is the “gospel” focused educational institution for children that Ye launched in 2019. There are currently 82 students enrolled.

Kanye’s private Christian school, in Simi Valley, Calif., is eponymously named for his late mother, Donda West, who chaired the Department of English, Communications, Media Arts and Theatre at Chicago State University. She died in 2007. 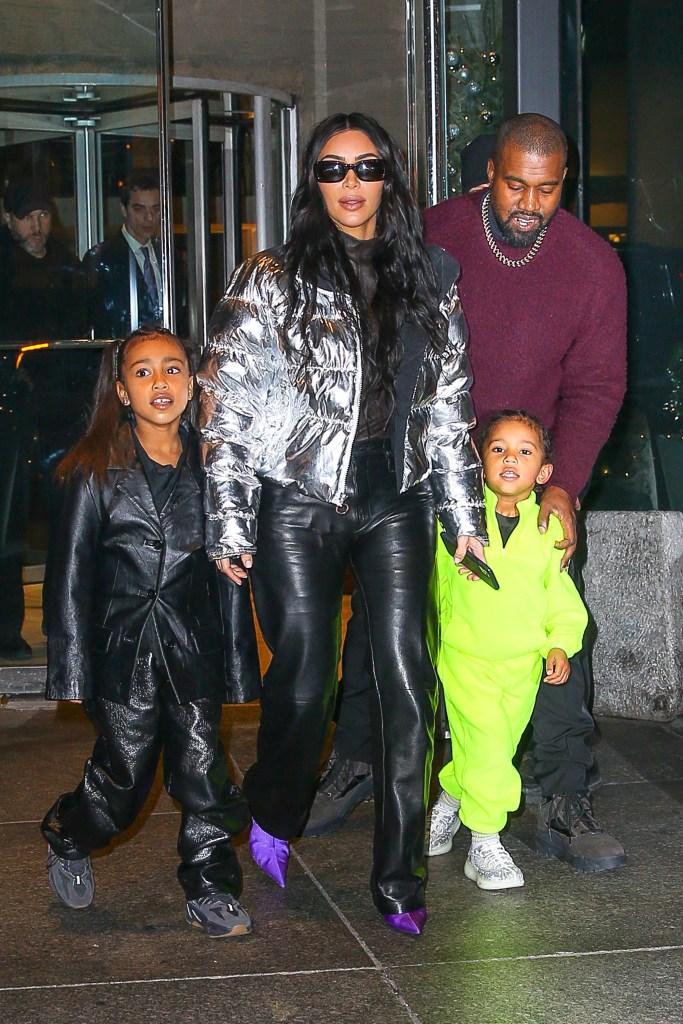 Kanye issued an apology to Kardashian for causing her stress amid their co-parenting issues. MEGA

“I’m their dad. It has to be co-parenting,” he continued. “It’s not up to only the woman. Like, men have a choice also. Men’s voices matter.”

And the Grammy winner admitted to using his popular social media presence as a megaphone for his parental plight.

“I have a platform where I get to say what so many dads can’t say out loud,” Yeezy boasted.

Elsewhere in the wide-ranging interview, Kanye addressed his crumbling, decade-long partnership with apparel giant the GAP. 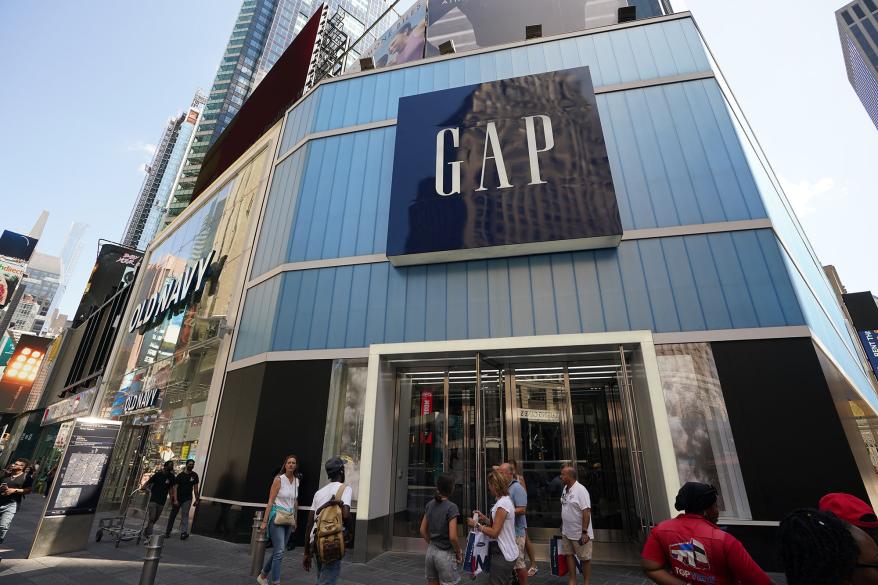 Kanye recently ended his 10-year deal with the Gap over an alleged breach of contract. 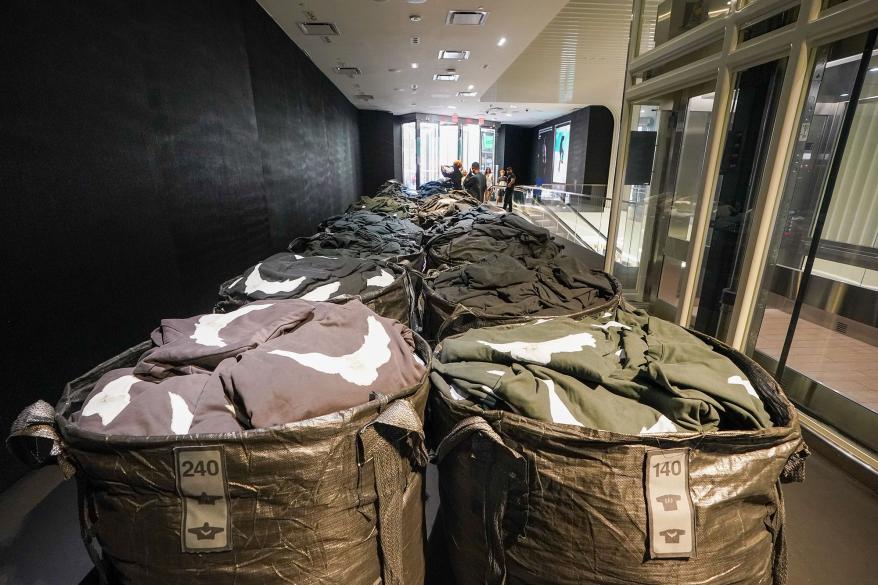 Kanye believes he was in partnership with the GAP for a "specific reason" other than growing his dream clothing line. 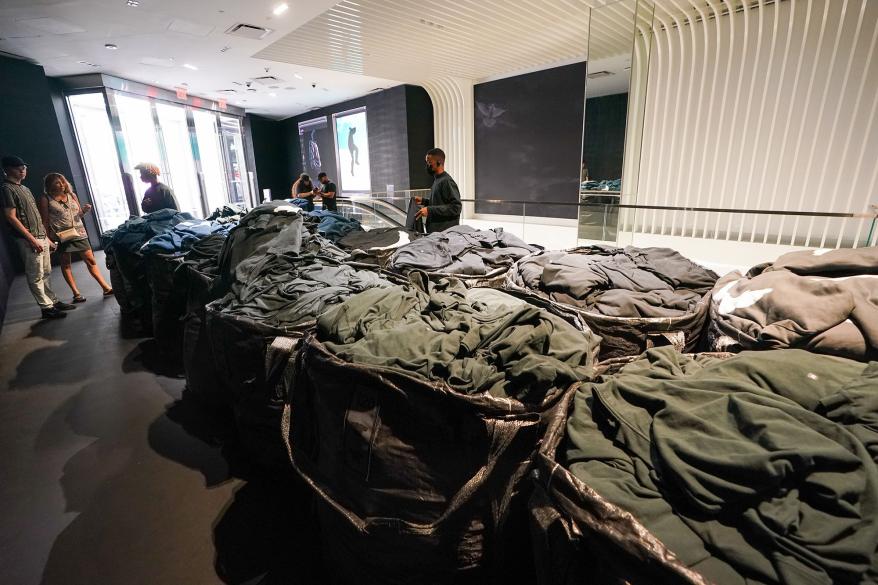 He plans to launch his own stores called YZY.

Last week, he terminated his 10-year contract with the brand that’s backed his streetwear line, claiming it was in breach of contract.

“That means that I was there for some specific agenda, not for Yeezy Gap to be everything that it could be, or this dream that I had about what the Gap could be,” he said. “It’s time for me to make my own thing.”

Kanye plans to open his own line of stores called YZY — an idea first floated by radio personality Sway during a broadcast back in 2013.

During their chat, an agitated Ye famously asked “How Sway?,” when the show host suggested he release a clothing line on his own rather than partnering with a major retailer.

But now, as Kanye prepares to heed that sage business advice nearly a decade later, the rapper humbly admitted,

“Sway had the answer.”