It was no laughing matter to see Kadarius Toney back on the practice field.

Toney wore a facemask visor with a print of the Haha tattoo associated with Jared Leto’s Joker character in the “Suicide Squad” during Giants practice Friday. The second-year wide receiver also is a rapper who goes by the artist name “Yung Joka.”

Toney, who mostly treats Yung Joka as a separate persona from his football identity as a first-round draft pick, released his latest album “Warrior 3” in the offseason, and the Giants played a track during a training camp practice. PristineAuction.com once sold an authenticated Toney-autographed Joker figurine with his tagline – “Why so serious?” – for $128.99, records show. 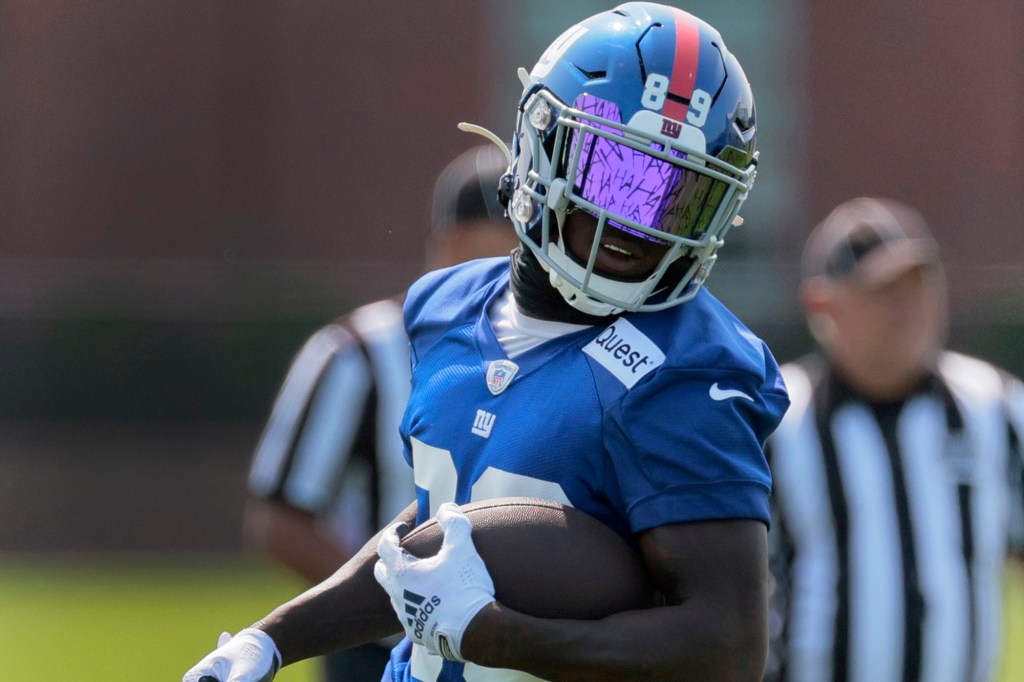 Kadarius Toney’s sun visor has the words, “Ha Ha,” written on it during practice at the Giants training facility in East Rutherford.Charles Wenzelberg/New York Post 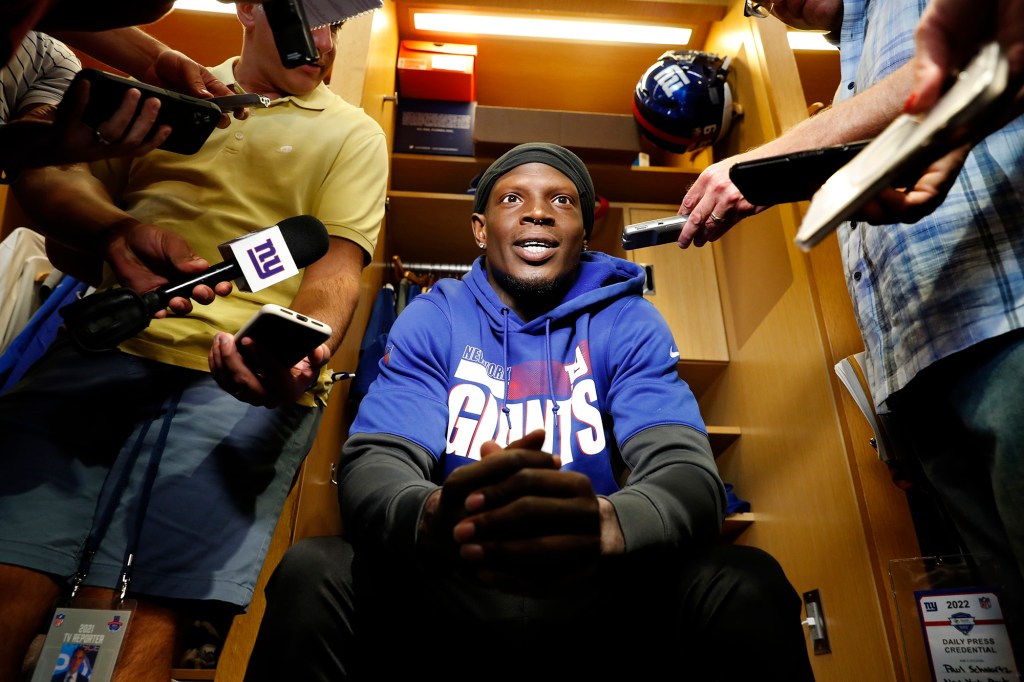 It’s not the first time that Toney has created a buzz with an unusual visor. He paired a Louis Vuitton-logoed visor with his Joker-themed mouth guard during the first week of training camp, and a photo circulated by the Giants official Twitter account received nearly 3,000 likes.

While specialized visors are fun in practice, NFL rules still strictly govern usage in games, so Toney must put the visor back on the shelf. For years only clear visors were allowed, though now, through a partnership with Oakley, players are allowed to wear visors with a pinkish-blue hue.

Toney was a limited practice participant Friday and is questionable to play Sunday after he showed up on the injury report (hamstring). He originally tweaked his hamstring last month, returned to practice after preseason games were over and played seven snaps in Week 1, but then the hamstring “tightened up” and forced Toney out of certain team periods of Thursday’s practice, according to Giants head coach Brian Daboll. What do King Charles and ‘Dracula’ have in...