Jake Paul capped off his latest victory with a kiss from girlfriend Julia Rose.

After Paul defeated former UFC champion Tyron Woodley on Saturday night with a knockout punch, the YouTuber-turned-boxer, 24, celebrated with his favorite fan. 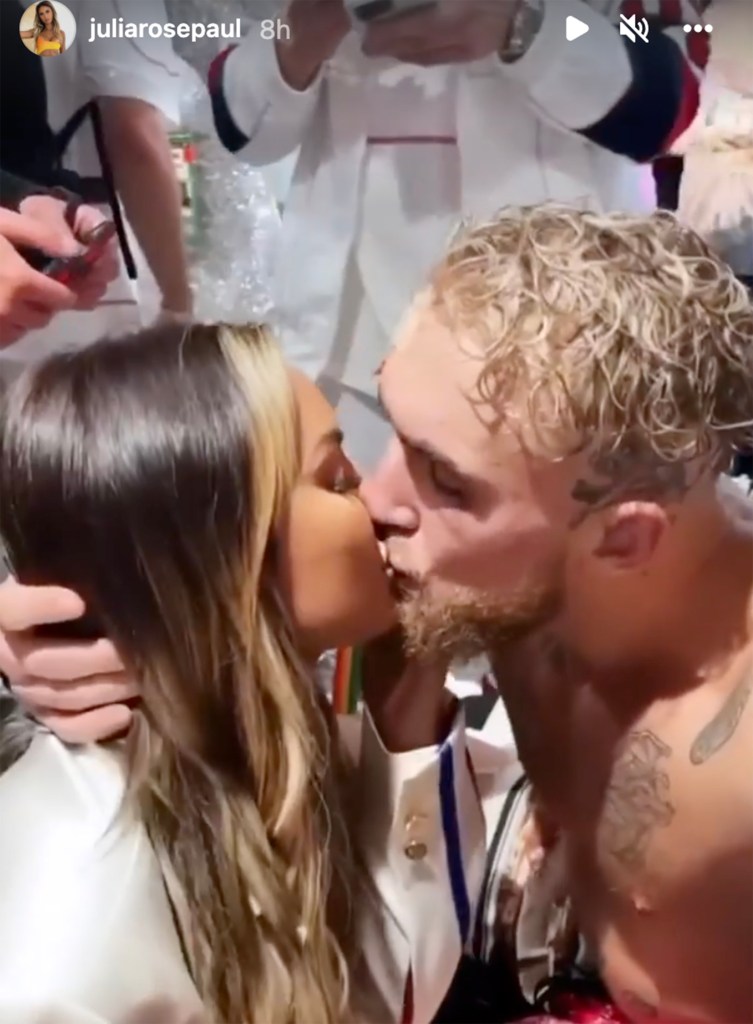 “So f—king proud of you,” Rose posted Sunday on her Instagram Story, adding, “the champ loves his sour candy @jakepaul.” 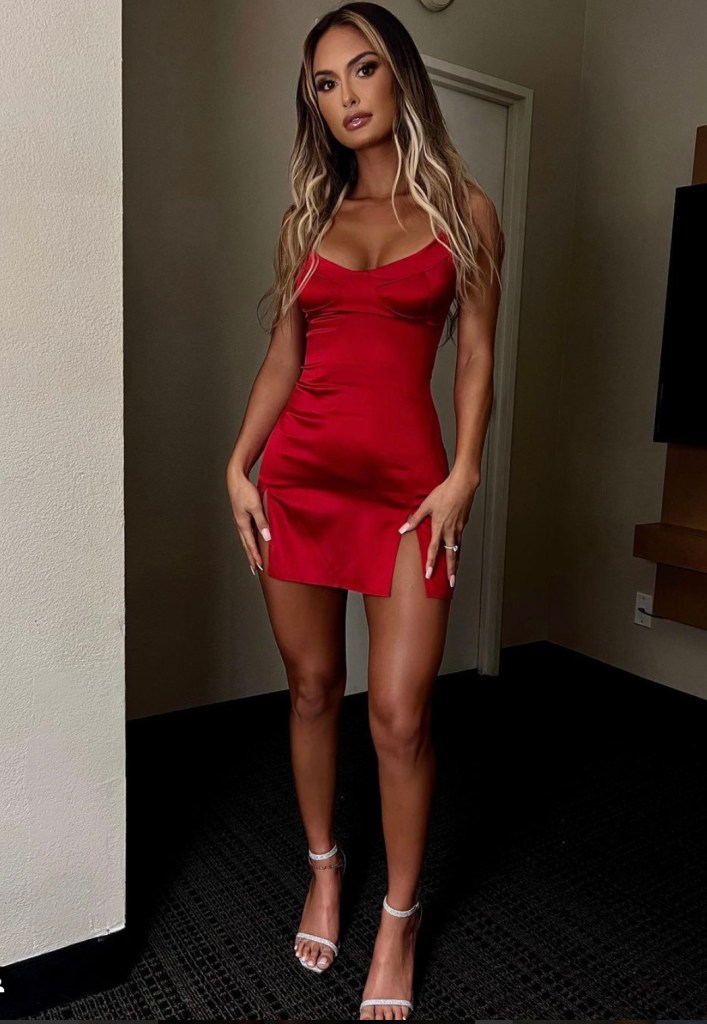 Paul, who previously defeated 39-year-old Woodley in August, improved his boxing record to 5-0 after knocking out his opponent in the sixth round of the fight.

“I got the knockout, the highlight-reel knockout,” Paul said after the fight, according to ESPN. “I was setting up that shot. I knew he was trying to catch the right hand coming straight. I had to loop it like a hook.”

Paul also called Woodley “a legend,” as he stepped in for original opponent Tommy Fury on two weeks’ notice.

Ahead of Saturday’s fight, Rose predicted that Paul would walk away victorious.

“I can’t wait to kiss your 5-0 face tonight,” she wrote on Instagram. 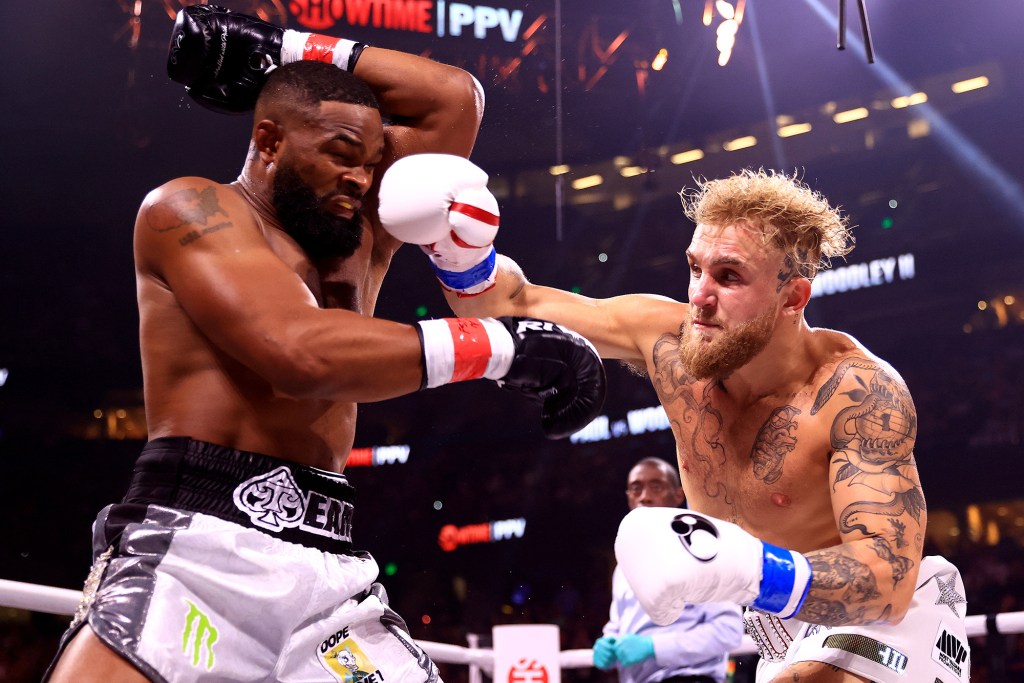 Rose, who famously flashed Gerrit Cole during the 2019 World Series, first crossed paths with Paul that very same year, when she portrayed his girlfriend in the music video for his song, “These Days.” Paul said in a recent interview for “In Depth with Graham Bensinger” that it was essentially love at first sight for the couple.

“I always joke that I got cast to be his girlfriend and I just say the never yelled cut,” Rose told Graham Bensinger. 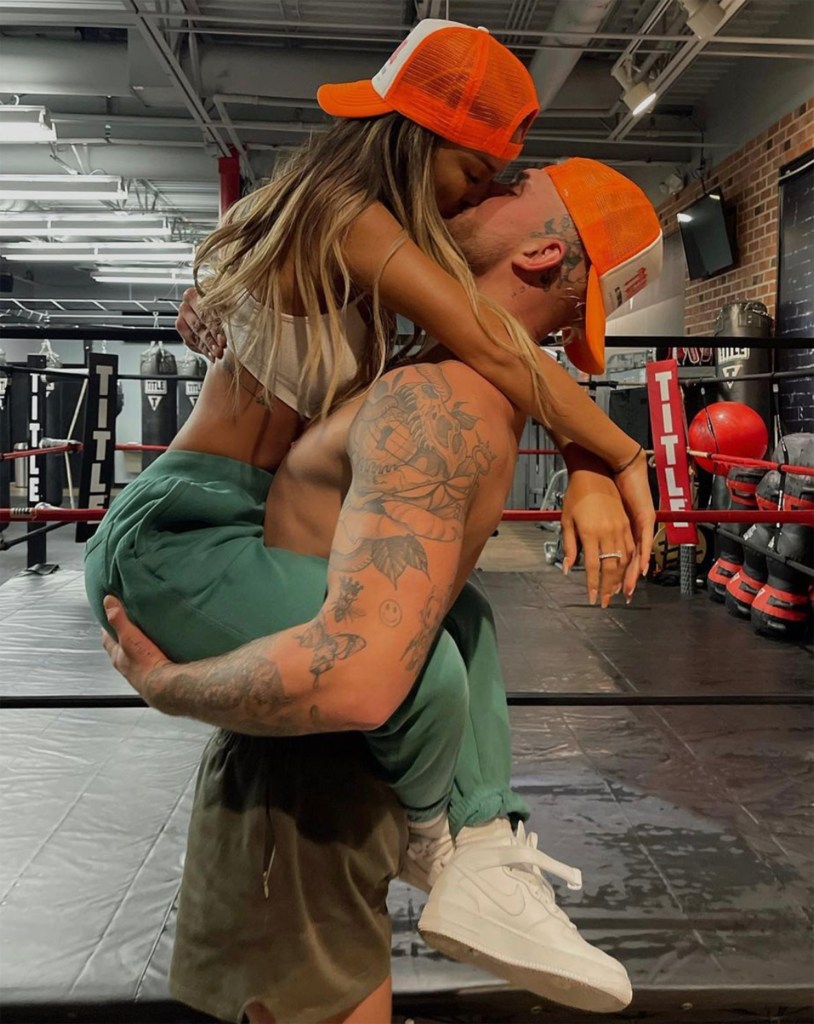 Paul added during the exchange that he fell for Rose within six hours.

“I told her I loved her the first day that we met,” Paul said of Rose. “I’ve never done that ever. I don’t love people like that.”

Paul and Rose have dated on and off since 2020. Rapper Drakeo the Ruler dead after being...