SEATTLE — After a miserable few days in St. Louis, the Yankees got back to winning on Monday, snapping their season-high five-game losing streak with a 9-4 win over the Mariners at T-Mobile Park.

But it came with a cost, as Matt Carpenter suffered a fractured left foot in the first inning and could be lost for the season.

Against Seattle, they had enough to overcome Carpenter’s absence, as Josh Donaldson had four hits — including a two-run single in the first and a solo homer in the third — and Aaron Judge crushed his 44th homer of the season.

Jameson Taillon continued his pattern of being good every other start, as he gave up three runs in seven innings.

It came after the team was swept by the Cardinals, with their new top-of-the-rotation pitcher, Frankie Montas, getting hit hard on Sunday and their lead in the AL East had dropped into single digits for the first time since June 15.

“It was definitely nice to get one,’’ Aaron Boone said after Monday’s win. “It’s been a rough week for us.” 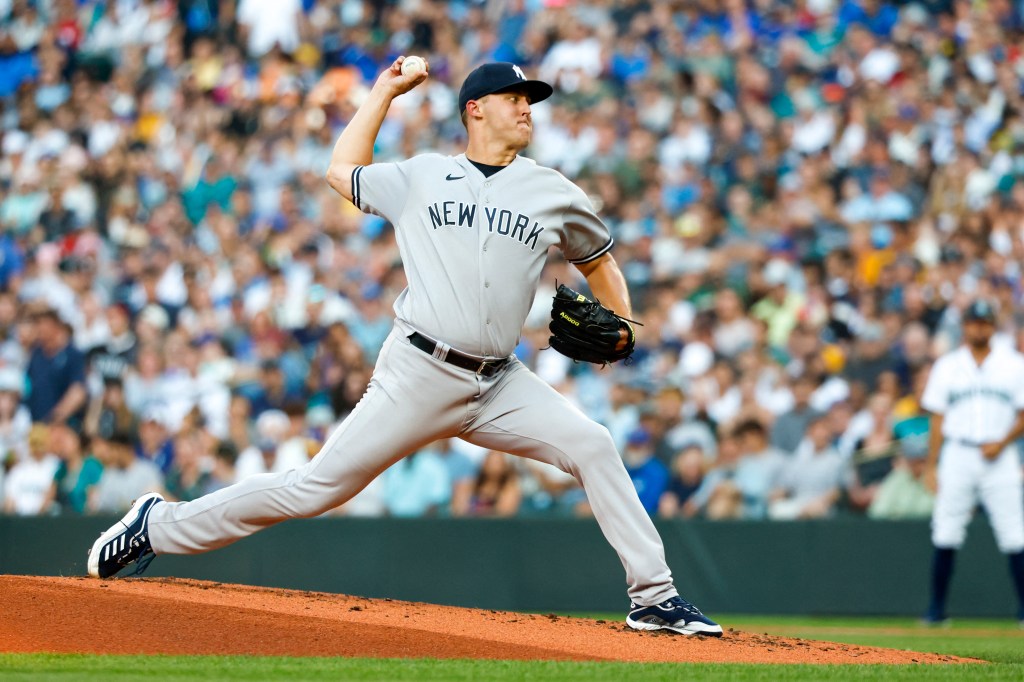 Jameson Taillon pitches on Monday during the Yankees’ win over the Mariners. USA TODAY Sports 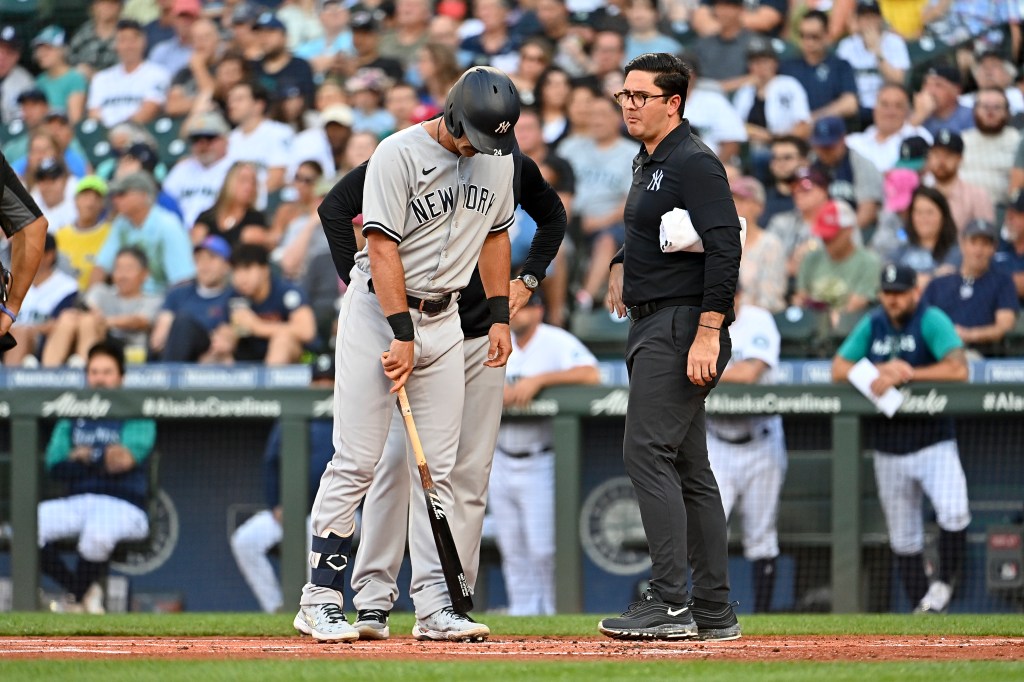 Matt Carpenter points to his foot after injuring it against the Mariners. Getty Images

Boone had seen enough during the losing streak that he felt the need to speak to his team prior to Monday’s game.

“It was more the dust settling from the trade deadline,’’ Boone said of his team, which has been mediocre since the middle of June, but is still 71-39 with a 10 ½-game lead over the Blue Jays and the best record in the American League.

“We’re aware everyone is gonna give us their best shot every night,’’ Taillon said. “We have to try and match that. We [know] we haven’t been playing our best baseball and we need to go out there and stop that.”

Donaldson’s two-run single in the first got them started.

Taillon gave a run back in the bottom of the inning when he allowed a two-out homer to Mitch Haniger.

Donaldson’s productive night continued in the third when he blasted a long solo homer to left off Logan Gilbert with two out. It was Donaldson’s 11th home run of the season and gave Donaldson eight RBIs in his past six games.

Gleyber Torres followed with a single off the wall in right before Andrew Benintendi doubled to right. 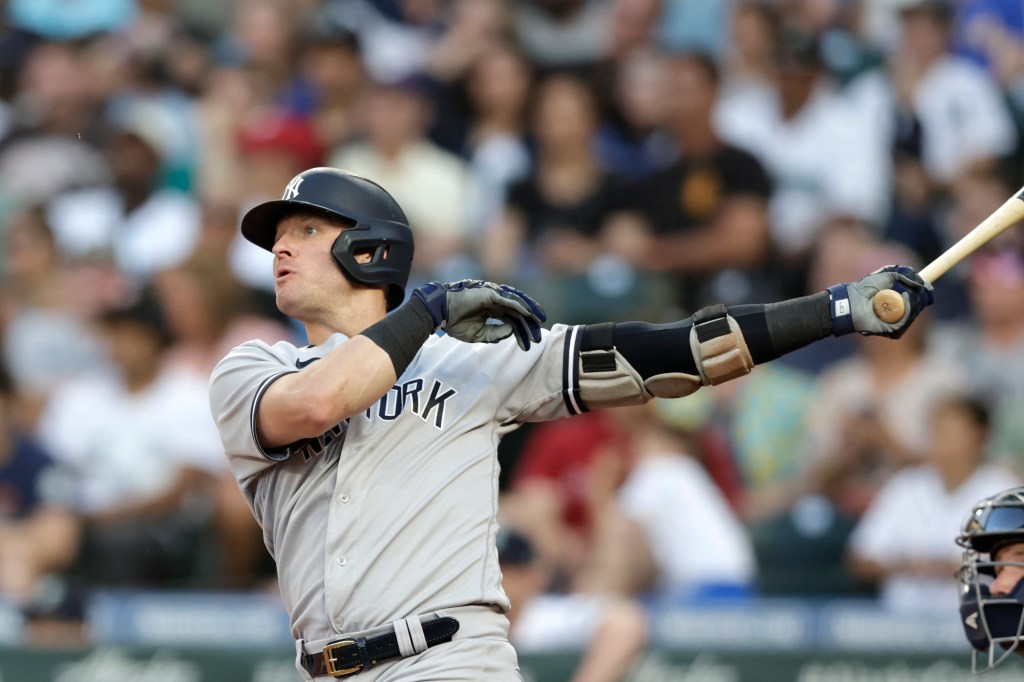 Torres was waved home and should have been thrown out easily at the plate, but shortstop J.P. Crawford bounced the throw home and catcher Cal Raleigh couldn’t come up with it to make it 4-1.

Taillon loaded the bases in the fourth. Haniger singled with one out and moved to second on a wild pitch before Taillon issued two-out walks to Eugenio Suarez and Carlos Santana. Taillon then got ahead of Crawford 0-2, but Crawford worked it to a full count. After five straight foul balls, Crawford finally walked on the 11th pitch of the at-bat to force in a run and make it 4-2.

Raleigh then nearly hit a grand slam, but it went just foul and Taillon got him to ground out to end the 34-pitch, three-walk inning. 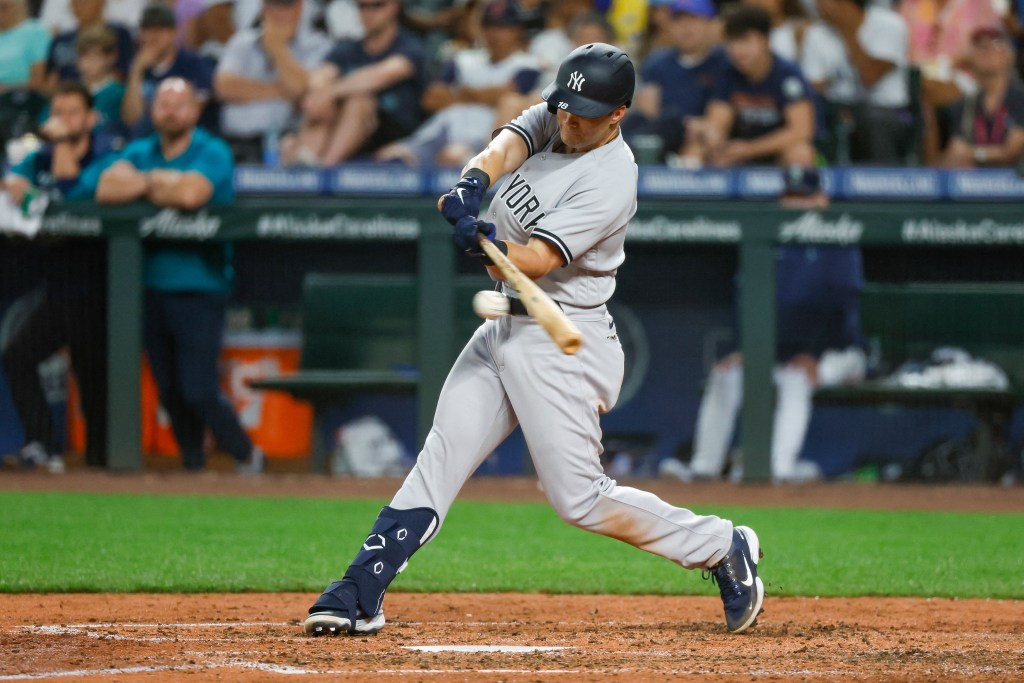 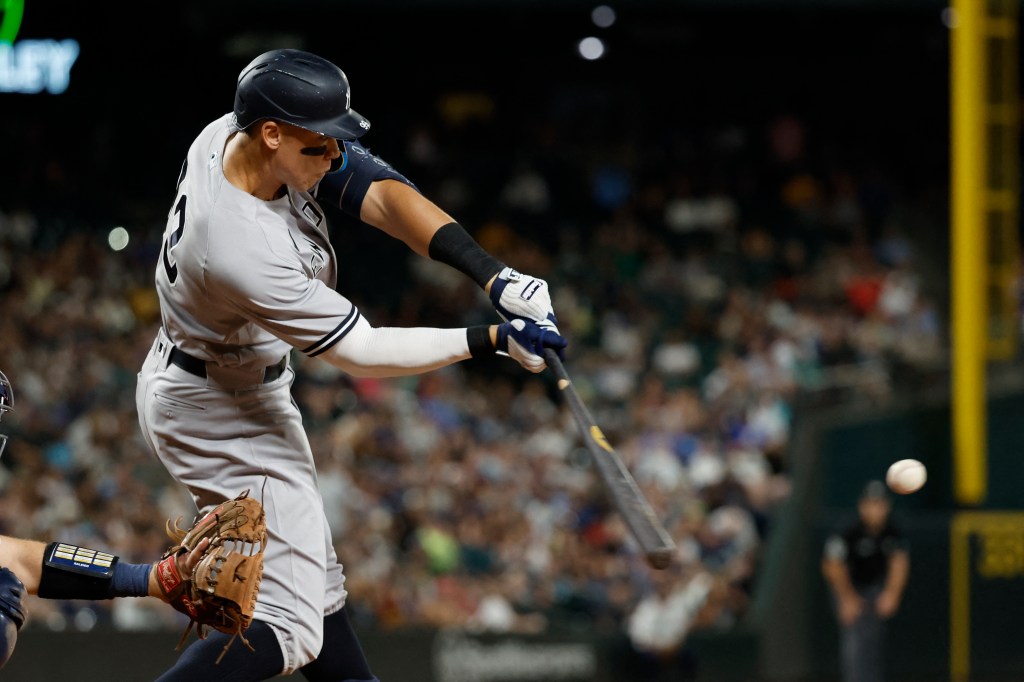 “We needed that,’’ Boone said of Taillon’s length. “We were thin in the pen.”

Donaldson doubled to lead off the fifth, improving to 5-for-5 against Gilbert overall. A Torres fly ball to the wall went just over Sam Haggerty for a double, but Donaldson couldn’t score.

Benintendi’s opposite-field double to left drove in both and he scored on a sacrifice fly by Isiah Kiner-Falefa to give the Yankees a 7-2 lead.

Taillon allowed a two-out homer to Raleigh in the seventh.

Aroldis Chapman pitched a scoreless eighth before Clay Holmes faltered again in the ninth, allowing a run for a third straight appearance.