PHILADELPHIA — Green Bay Packers quarterback Aaron Rodgers left Sunday night’s loss to the Philadelphia Eagles with an oblique injury late in the third quarter and was questionable to return.

Rodgers already played the last several weeks with a broken right thumb and appeared in pain during a drive in the third that led to a Packers field goal. Rodgers attempted only a few short throws and grimaced after he released the ball.

Rodgers was 11 of 16 passing for 140 yards, two touchdowns and two interceptions. He left with his team trailing 34-23.

Jordan Love, whom the Packers traded up to select in the first round of the 2020 NFL Draft, replaced Rodgers. He subsequently found Christian Watson for a highlight-reel 63-yard touchdown to bring the Packers within one score and completed 6 of 9 passes for 113 yards and a touchdown. 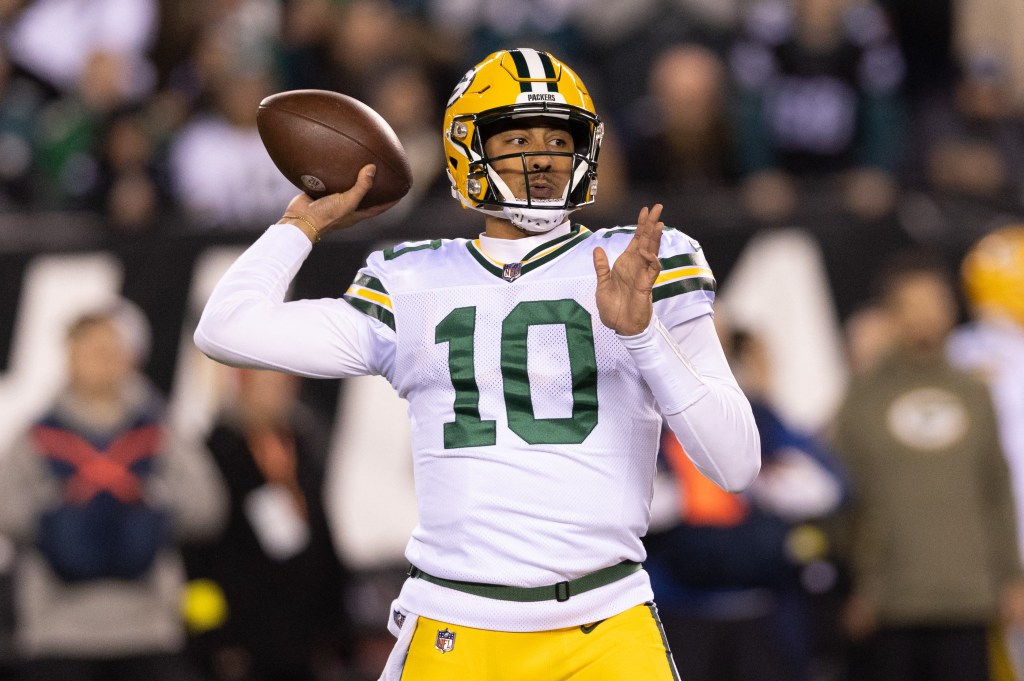 Jordan Love passes during the Packers’ loss to the Eagles. USA TODAY Sports 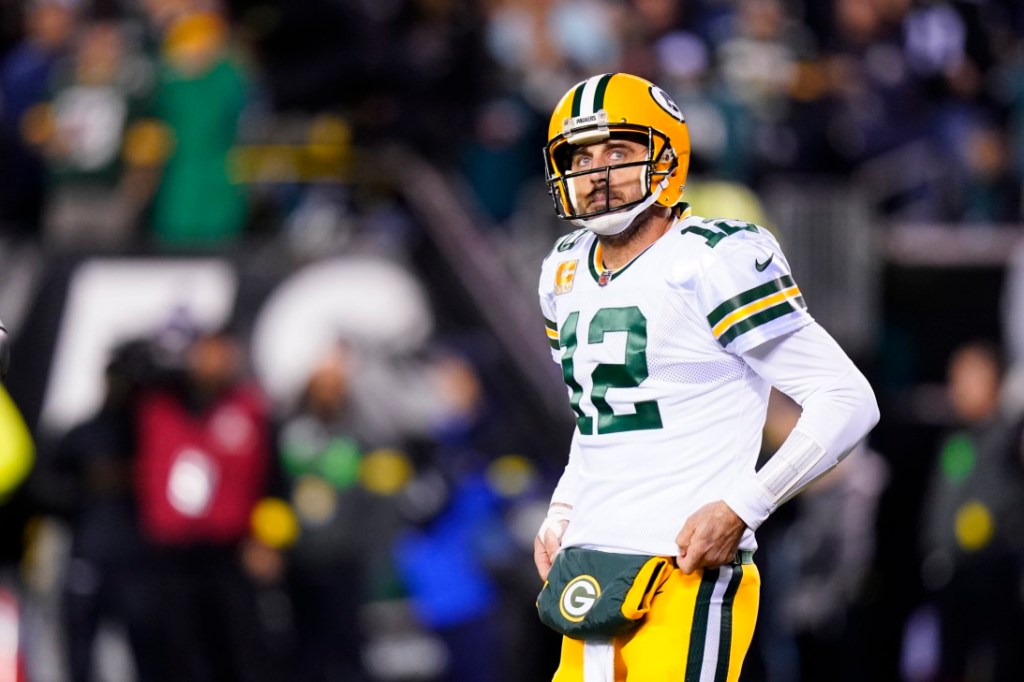 He hurt his thumb Oct. 9 during a foiled Hail Mary attempt on the final play of the Packers’ 27-22 loss to the New York Giants in London. Although the Packers have listed Rodgers with a thumb injury ever since, the four-time MVP hadn’t said publicly until this week that it was broken.