Jon Batiste is departing from Stephen Colbert’s “The Late Show” after coming on as bandleader in 2015.

The singer, 35, has been a part of the CBS talk show for seven seasons and is leaving to undertake other interests.

Colbert, 58, announced the news on his chat show yesterday, also revealing to his audience that Louis Cato will be taking over as the new bandleader.

Cato has subbed for Batiste in the past and is now the permanent boss of the new Louis Cato and the Late Show Band.

“Jon has decided to leave the show,” the comedian said on the show Thursday. “But it’s for all the best reasons, including to continue sharing his art with the world.”

He continued: “We have been so lucky to have a front row seat to Jon’s incredible talent for the past seven years.”

“But we’re happy for you, Jon, and I can’t wait to have you back on as a guest with your next hit record. I love you,” Colbert gushed.

“Louis has done a great job this summer, and he is very humble, so he won’t say this,” Colbert went on. “But I will. He’s a musical genius. He can play basically every instrument over there. Give him an afternoon, he’ll learn how to play Mozart on a shoehorn.”

“It has been one of the great honors of my life to work on this show, alongside some of the most talented musicians and creatives I know,” Cato noted. “Watching and learning from both Jon and Stephen for these past seven years, I’m genuinely excited to continue the tradition of excellence they’ve established.”

Batiste has had a successful few years, winning an Oscar in 2020 for Best Original Score for the film “Soul.” He shared the golden honor with collaborators Trent Reznor and Atticus Ross. 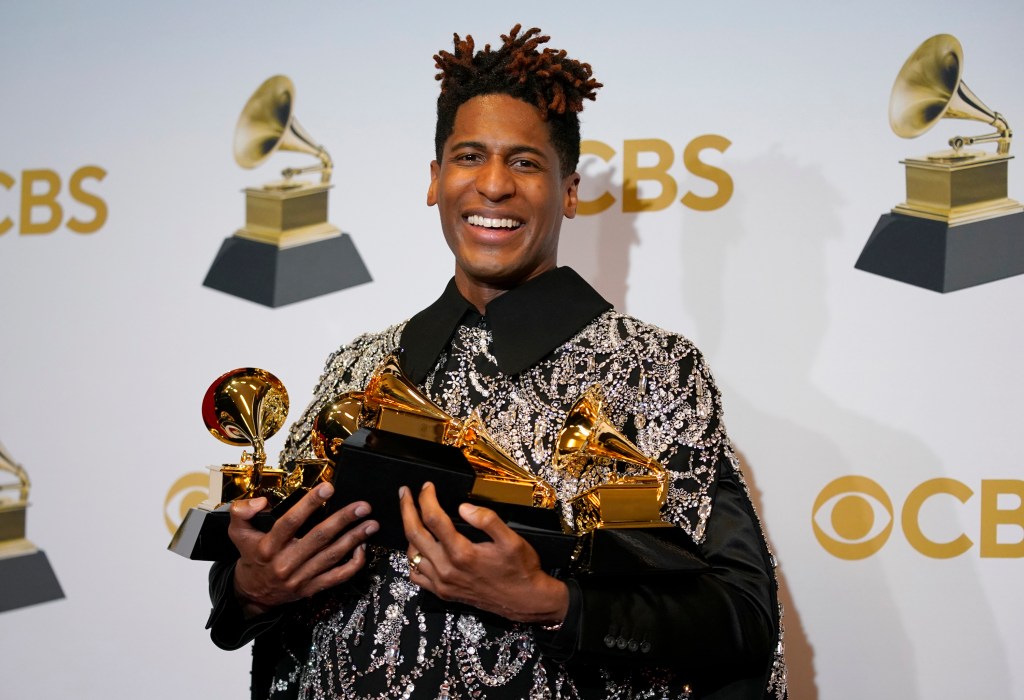 The Louisiana native also scored five Grammys at this year’s ceremony, including Album of the Year and Best Music Video.

Batiste will even make his acting debut in the upcoming musical remake of “The Color Purple.” He will be playing Grady, the husband of singer Shug Avery (portrayed by Taraji P. Henson). Teofimo Lopez ‘back for everything’ after...