Very good defender. Solid scorer. A dive-to-the-floor scrappiness. A deadly shot from mid-range. Nothing too flashy.

So when teams asked him an offbeat question about his personal life during the NBA Draft Combine interviews in Chicago, Davis didn’t deviate.

“They asked me what would be my ‘wild’ moment,’’ Davis said. “It’s realizing I’m in the NBA. And playing against anybody who’s been there. I just made sure I go through interviews with my head on straight.’’

The 20-year-old Davis staged his pro day Saturday, though he didn’t do shooting or drills, as part of agent Jeff Schwartz’s Excel Management stable. The Knicks, who also interviewed him Thursday, attended. Davis is in the Knicks’ range with the No. 11-overall draft pick, but he has interviews with teams ahead of them, including the Spurs at No. 9.

Davis said it was an honor to meet coach Tom Thibodeau, who can’t walk down the Chicago streets without getting stopped as a former Bulls coaching star. 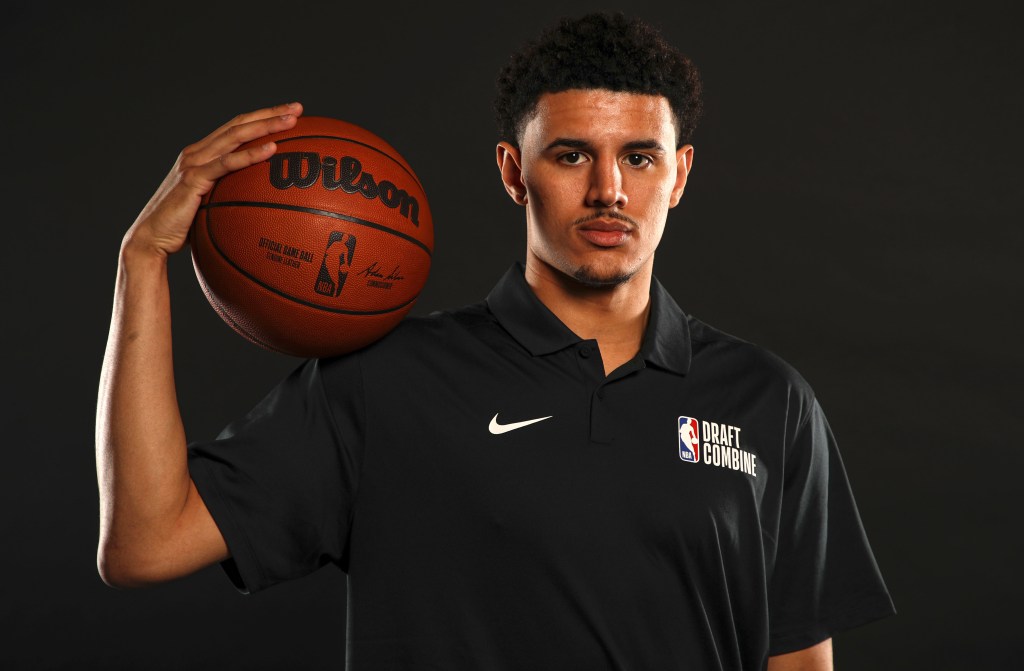 “It went really well,’’ Davis said. “It was nice to see familiar face [in Thibodeau] and somebody who’s been part of the game for a while. It was amazing to talk to him after seeing what he’s done with a lot of teams. He’s a very recognized coach in the league.
“I heard from people he likes guys like [me],’’ Davis added. “So hopefully I can fit in with them and they’ll be invested in me enough to draft me.’’

Davis, whose father is former NBA player Mark Davis, also met with the Spurs. But he didn’t see coach Gregg Popovich, who is in Serbia scouting the EuroLeague Final Four.
The Spurs could be the biggest threat to Davis falling to the Knicks, though some mock drafts have Davis going to the Pelicans at No. 8 as the perfect backup to CJ McCollum.
“Obviously, playing under coach Popovich, the most famous coach in NBA history, is something I would really want to happen,” Davis said.

While defense is a calling card, Davis feels he can be an explosive NBA scorer, too, and tries to emulate Devin Booker on the offensive end. For now, he’s a terrific mid-range scorer who needs to improve his range.

“Yeah, Devin Booker. I don’t know him personally,’’ Davis said. “His strength and ability to score in a variety of ways. I don’t know too much about him as a defender but he competes.’’

Nobody was viewing Davis as a potential lottery pick as a freshman, when he had a small role on a senior-dominated team and averaged 7 points per game in 2020-21.

But this past season as a sophomore, he became “Mr. Badger” — the featured guy and it led to his efficiency stats tumbling because of the attention paid to him by the defenses. Davis finished averaging 19.7 points, 8.2 rebounds and 2.1 assists. But he shot 42.7 percent overall — 30.3 from 3-point range.

“It definitely doesn’t represent me,’’ Davis said. “I could’ve shot better from the free-throw line — from 3 especially. I thought later in the season I took a lot more contested shots. Later in the season, teams keyed on me more because of the success I had earlier in the season.’’

There’s an intangible spirit to Davis, who helped Wisconsin win a share of the Big Ten regular-season title, that can’t be captured with analytics.

“For Johnny, everything starts with his competitiveness, his killer instinct and his will to win,” Wisconsin coach Greg Gard said recently. “That’s at the top of his motivating factors. But he also had a full offseason in the weight room, outside of a couple weeks with Team USA [Under-19 roster]. That helped him add strength and explosiveness.’’

Davis is a twin, and his twin brother, Jordan, played with him at Wisconsin. His father, a former small forward, played professionally for 13 seasons after being drafted by the Cavaliers in the 1985 NBA Draft.

“[He told me] just make sure to have fun, not put too much pressure on myself and think too highly,’’ Davis said. “Just stay in the moment.”

Asked what he’d be thinking about on June 23, draft night in Brooklyn, when his name is called, Davis said: “I’ll be thinking about my parents. They were able to put me in this position. They raised me to be the man I am today. Everything I do is for them.”