The Bengals QB showed up to his “Thursday Night Football” matchup against the Dolphins wearing a black suit with a white floral motif, complete with white sneakers.

Burrow, in his third NFL season, is off to a 1-2 start with the Bengals, coming off a Super Bowl 2022 appearance. In addition to his quarterbacking skills, the 25-year-old LSU alum has become well known for his sartorial exploits.

Not to be outdone, Dolphins receiver Tyreek Hill, known as “Cheetah” due to his speed, showed up to Paycor Stadium in — what else — a cheetah-print outfit. 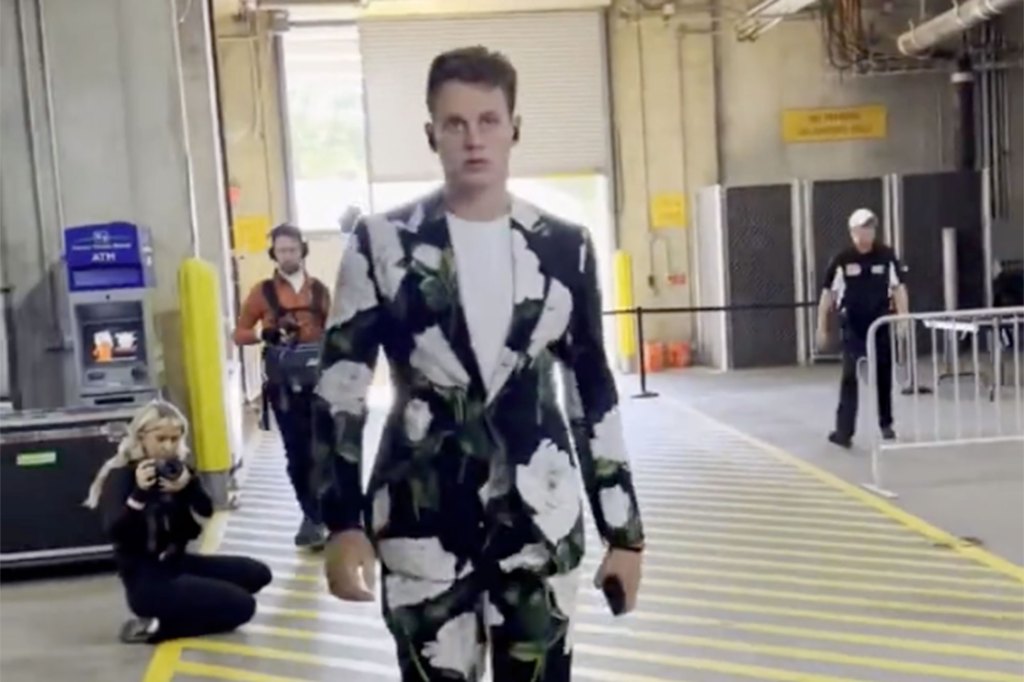 Joe Burrow’s game-day get up did not disappoint, once again.NFL

They aren’t the only ones getting dressed up for Thursday’s game, with Cincinnati set to debut its “White Bengal” uniform, with white jerseys, white pants and a new white-and-black — the first alternate helmet in the NFL in a decade.

The look has been planned since 2021, and it has Bengals players hyped.

“Y’all like that?” Bengals corner Mike Hilton asked reporters this week. “I think it’s smooth. They always going to be clean. The environment is going to be live on Thursday.” 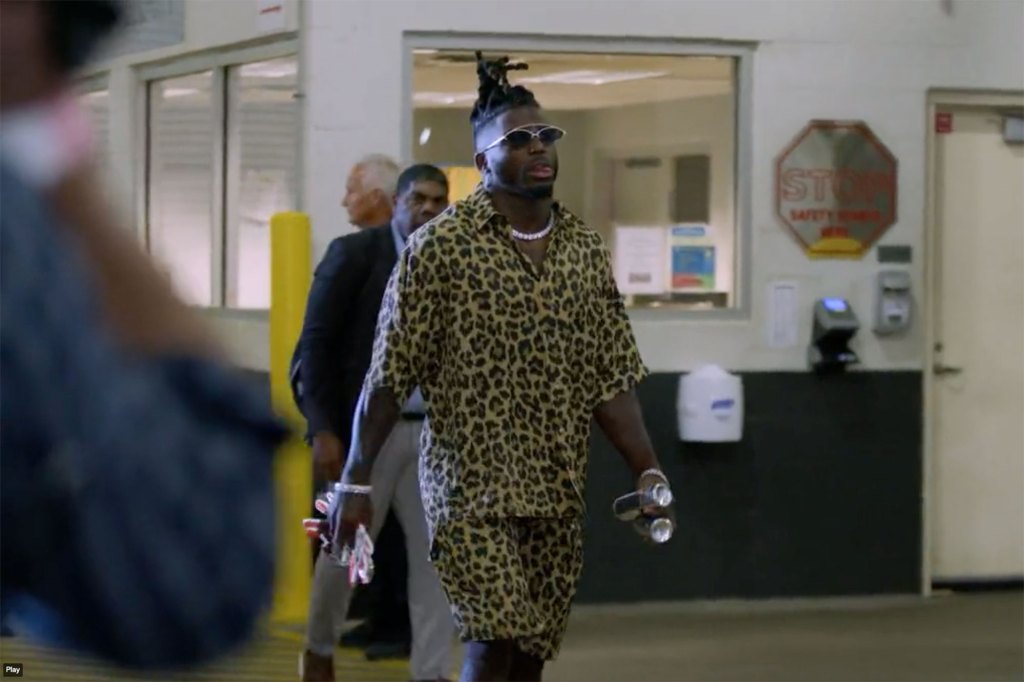 The logo at the 50-yard line, plus the end zones at Paaycor Stadium, also got the “White Bengal” makeover.

Fans were encouraged to get in on the white out fun, as well.

“It’s juiced up in Cincinnati,” Bengals safety Jessie Bates said. “This makes it feel like a playoff atmosphere.”