MIAMI — Jimmy Butler scored 41 points, and the Miami Heat turned things around with a huge third quarter on the way to beating the short-handed Boston Celtics 118-107 in Game 1 of the Eastern Conference finals on Tuesday night.

Tyler Herro scored 18 and Gabe Vincent added 17 for the Heat, who outscored Boston 39-14 in the third quarter. Butler had 17 alone in the third, outscoring the Celtics by himself over those 12 minutes.

Jayson Tatum scored 29 for the Celtics, who were without starters Marcus Smart (foot) and Al Horford (health and safety protocols). Jaylen Brown added 24 for Boston, which got 18 apiece from Robert Williams III and Payton Pritchard.

Boston led by 13 in the first half and took a 62-54 lead into halftime. Whatever Heat coach Erik Spoelstra said during intermission clearly worked. 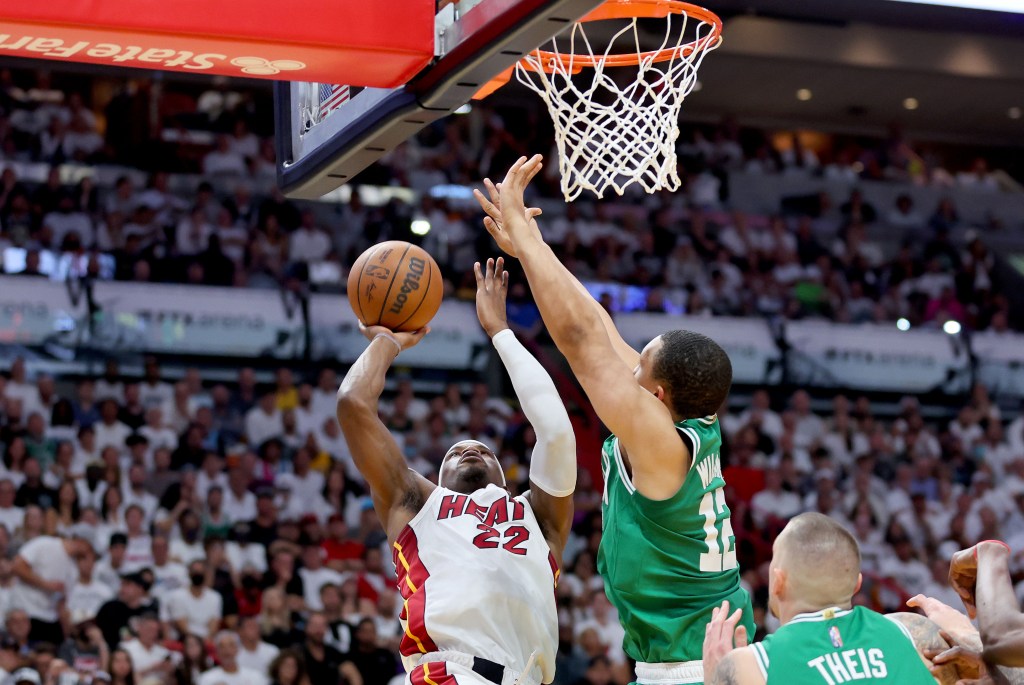 Jimmy Butler, who scored 41 points, shoots over Grant Williams during the Heat’s 118-107 Game 1 win over the Celtics. Getty Images

A 22-2 run was how Miami started the second half, the run punctuated by steals that led to baskets on three consecutive possessions. Strus had one, the next two by Butler pushed the lead out to 76-64, and the Heat were off and running.

The lead reached 96-76 when Herro was fouled on a 3-point try and made all three free throws early in the fourth.

Boston had a run left; a 10-0 spurt cut the deficit in half, and a 3-pointer from Tatum made it a nine-point game — outcome still very much in doubt — with 7:35 left. 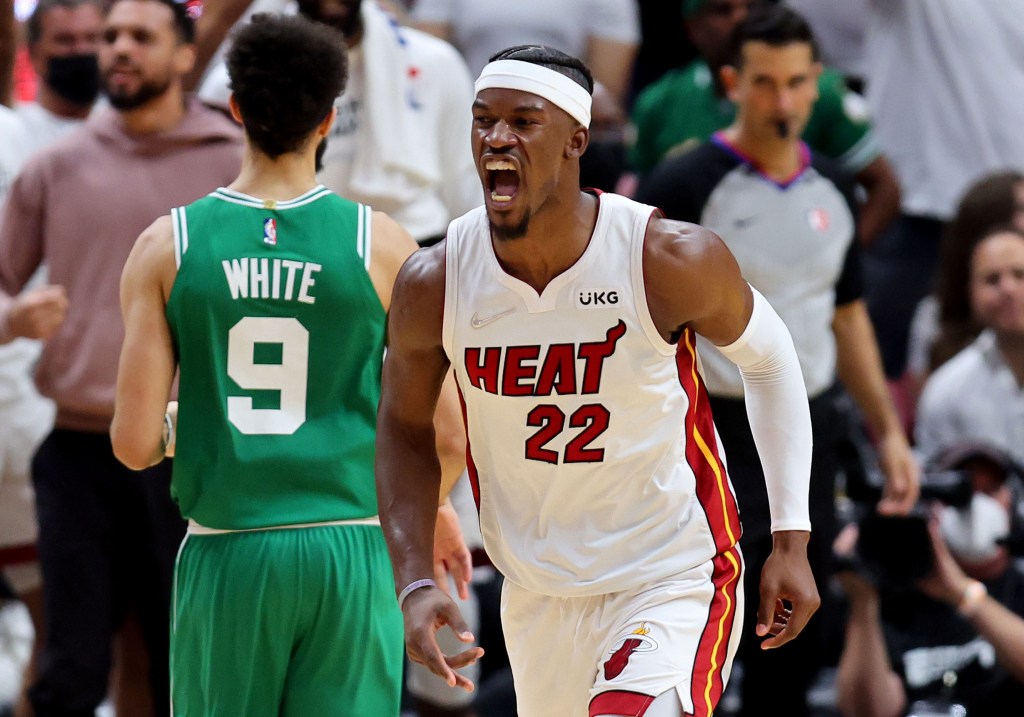 But the Heat had a response. PJ Tucker answered Tatum’s 3 with one of his own. Brown then connected from deep to get Boston within single digits again, only to have that one answered by a 3 from Strus.

Some of the plans that both sides had for Game 1 were thrown away about 3 ½ hours before game time, when the Celtics revealed that Smart and Horford wouldn’t be playing. Smart’s absence was somewhat expected because of a mid-foot sprain he suffered in Game 7 of the East semifinals against Milwaukee on Sunday.

Horford’s absence, however, was a surprise.

He entered the league’s health and safety protocols Tuesday afternoon, which ruled him out of Game 1 and quite possibly could keep him out for multiple games going forward. And it’s not clear if any other Celtics could need testing. Spirit of 98: Yankees have chance for all-time...