Jets trying to put end to disastrous history with Eagles

The Jets’ history book has many terrible chapters that fans need no help remembering. There are playoff losses, incredible turnovers involving player’s posteriors, fake spikes, muddy fields and everything in between.

But one chapter of Jets history that is particularly odd and often overlooked when recounting all the bad moments is the Jets’ history against the Eagles.

The Jets are 0-11 all time against the team down I-95. It is the most losses against a current team without a win by a franchise in the NFL. On Sunday, the Jets get another chance to get off the schneid against the Eagles at MetLife Stadium.

Jets coach Robert Saleh was asked if he were aware of the Jets’ winless history against the Eagles.

And what an odd history it is.

The first meeting between the teams came on a rainy Dec. 9, 1973, at Veterans Stadium. Joe Namath’s knee was hurting in warm-ups and Weeb Ewbank started Al Woodall at quarterback. The game was notable for the 31,333 no-shows in the stands. Woodall got the Jets out to a 17-0 lead, but then the Eagles came back to win 24-23.

An Eagles defensive back named John Outlaw returned one of Woodall’s passes 45 yards for a touchdown. That would not be the last pick-six in this series. In 2019, Nathan Gerry intercepted Luke Falk’s pass intended for Le’Veon Bell and returned it 51 yards for a touchdown, creating a sentence that summed up the 2019 season. Falk was sacked nine times that day in a 31-6 loss with a mono-stricken Sam Darnold watching from the sideline. 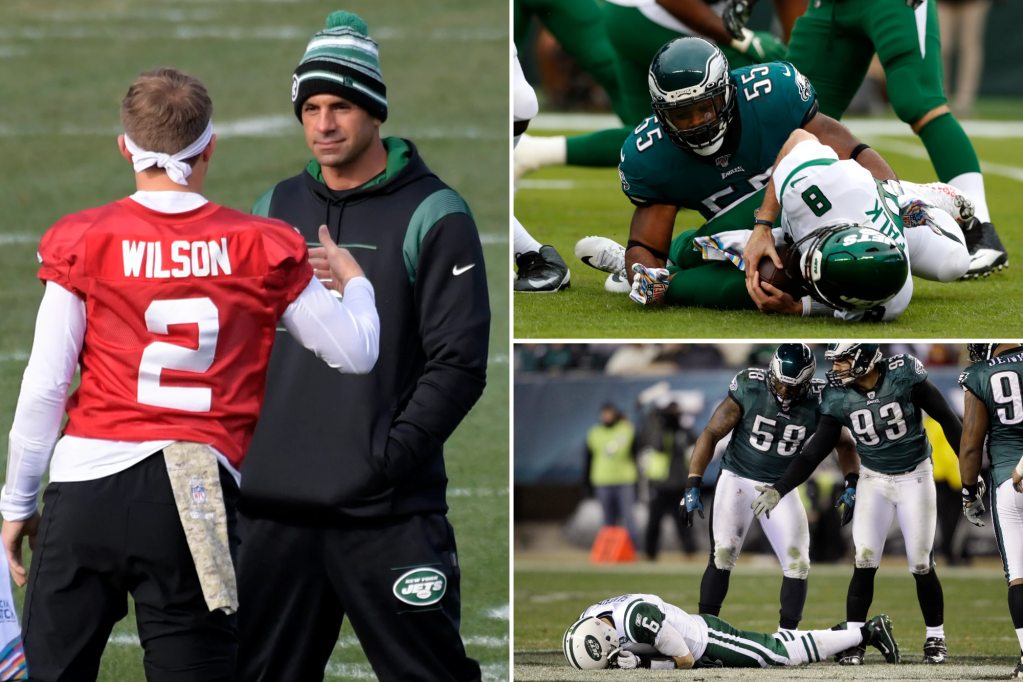 Zach Wilson will try to lead the Jets to their first ever win over the Eagles on Sunday.Bill Kostroun, Getty Images, AP

The most painful pick-six came on Oct. 3, 1993, and was thrown by Boomer Esiason. That game should have been remembered as the Johnny Mitchell game. The second-year tight end caught seven passes for 146 yards and three touchdowns. The Jets led 21-0 before Bubby Brister, playing in place of an injured Randall Cunningham, brought the Eagles back. The Jets held a 30-28 lead in the fourth quarter when Esiason was intercepted in the red zone by Eric Allen, who then zig-zagged his way 94 yards for a touchdown and a 35-30 win.

The Eagles coach that day was Rich Kotite. Both Kotite and Brister would join the Jets a few years later and create even more painful memories for Jets fans.

Kotite and Brister are just a few of the players and coaches who have been on both sides of this. Ken O’Brien finished his career with the Eagles. Mark Sanchez had a brief return to the national stage with the Eagles in 2014. That was the same year former Eagle Michael Vick started three games for the Jets. Joe Flacco is the latest quarterback to make the New Jersey Turnpike move, going from the Jets to the Eagles and back to the Jets again in the past calendar year.

Keith Byars was a star in Philadelphia. He is remembered for his fumble with the Jets in the 1998 AFC Championship game in Denver. Hugh Douglas was a first-round pick of the Jets who became a Pro Bowler with the Eagles. 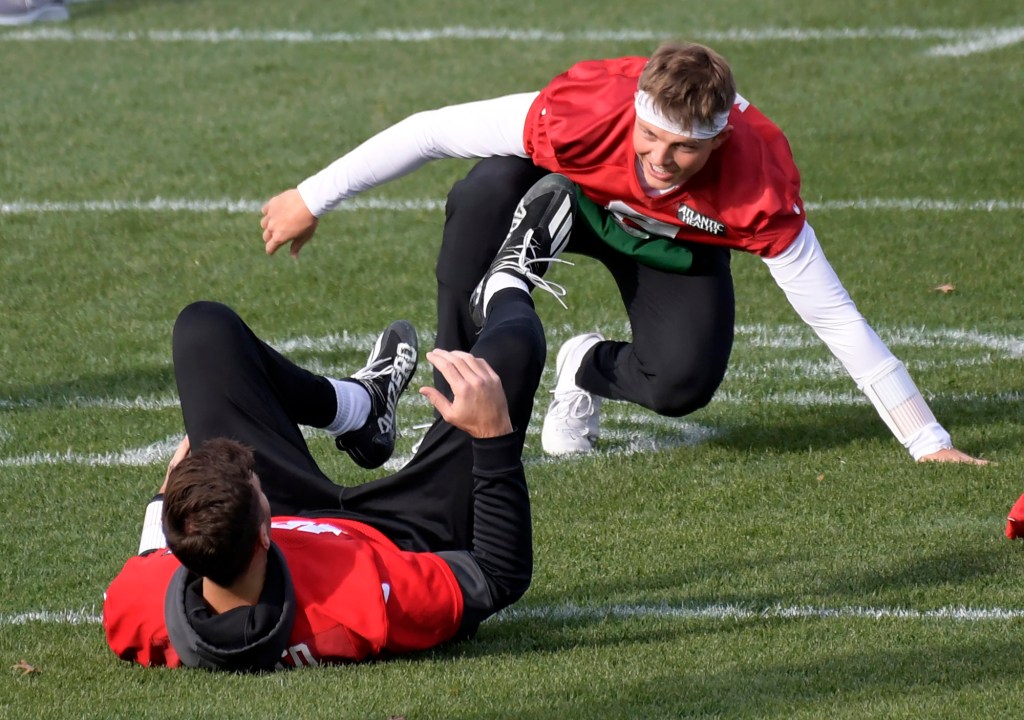 Zach Wilson warms up at Jets practice on Wednesday.Bill Kostroun

The Eagles had Buddy Ryan. The Jets hired his son, Rex. Herm Edwards made his name as a player in Philadelphia then became a head coach in New York. Jets general manager Joe Douglas came to the team after three years with the Eagles.

The biggest near move from one team to the other came in 1993 when Eagles defensive end Reggie White became a free agent. The Jets wined and dined him, taking him to a Knicks game and trying to convince him to come to New York. Instead, he chose Green Bay.

The Jets’ current run of misery can be traced back to the Dec. 18, 2011, game between the teams in Philadelphia. The Jets, coming off back-to-back AFC title games, entered that game 8-5 with their playoff hopes alive. The Eagles stomped them 45-19 in a game memorable for Santonio Holmes getting a celebration penalty after scoring a touchdown when the Jets were down 28-3. The Jets lost to the Giants and Victor Cruz the next week and the Dolphins the week after that to miss the playoffs. They have barely sniffed the postseason since.

For two teams who rarely meet, it has been an interesting series. Sunday’s game does not have much meaning for the 3-8 Jets, but for longtime Jets observers this is a chance to change one miserable chapter in the team’s history book.