There was an idle moment during a walk-through Tuesday at the Jets’ training-camp practice when head coach Robert Saleh, offensive coordinator Mike LaFleur and veteran quarterback Joe Flacco were all standing together chatting in the middle of the field.

“LaFleur and I were messing with [Flacco],’’ Saleh recalled Wednesday. “We were just looking at Joe and were like, ‘Man, how many walk-through reps do you think you’ve taken in your career?’ He just started laughing and was like, ‘I don’t even want to think about that number.’ ”

Flacco, the 37-year-old backup to Zach Wilson, recalled the ribbing he took.

“They asked how many walk-through reps I’ve had and said, ‘A million?’ ” Flacco told The Post on Wednesday. “I said, ‘Dude, I don’t even want to know.’ ’’

Flacco may not know how many walk-through reps he has taken in his career, but he has played in 193 NFL games, including playoffs, starting 191 and has a 108-83 career record, including a 10-5 postseason record. 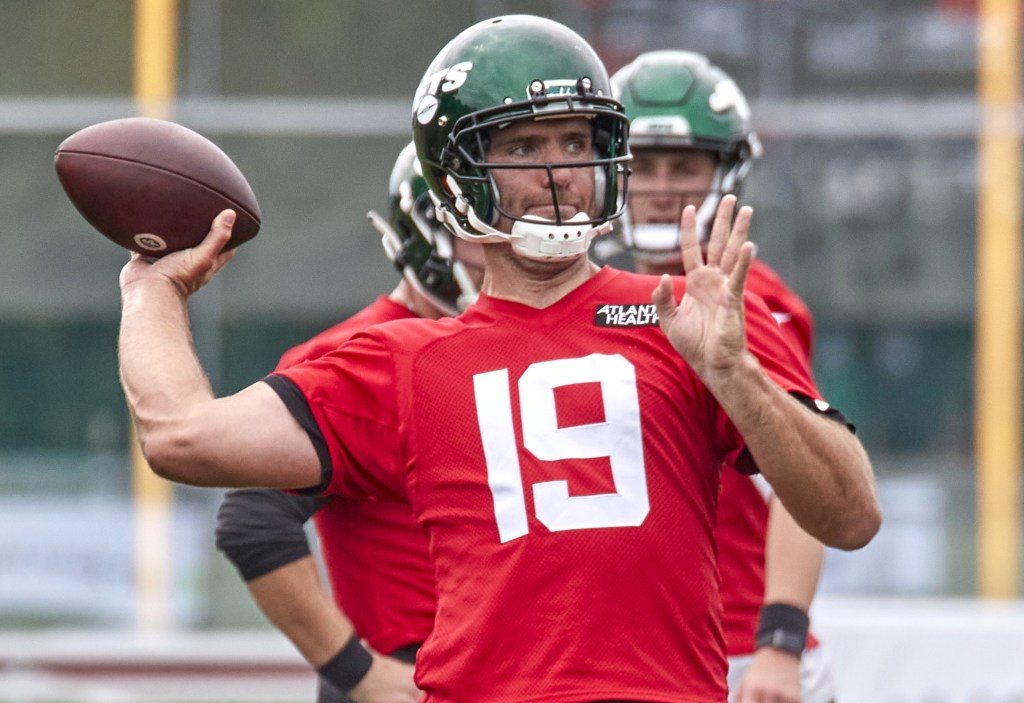 Joe Flacco throws a pass during a recent Jets practice.Shutterstock

Though he hasn’t been a starter since 2019 in Denver and hasn’t started a full season since 2017 with Baltimore, Flacco finds himself straddling that fine line of believing he should be starting somewhere and embracing his role as a critical mentor to Wilson.

“He could start in this league, I believe that,’’ Saleh said. “Sometimes this league has a tendency to pigeonhole people or put labels on people, and then their opportunities get limited, but Joe Flacco is a starting quarterback in this league. He is really, really talented.’’

When Saleh’s praise was relayed to him Wednesday, it was flattery to Flacco’s ears, but the veteran knows exactly what he’s here for — dependable insurance in case of injury and to help Wilson.

“I still think I have that ability to start,’’ Flacco said. “It’s good to hear people say that — especially people that are close to the situation [Saleh]. I do believe I am still good enough to be a starting quarterback. That’s what still drives me to work hard and be the best I can.’’

So, too, does helping make Wilson a winner.

“That’s my role, and I embrace it,’’ Flacco said. “It keeps you engaged, keeps you a part of the team. I’m not just willing to do it, but excited to do it.’’

Flacco’s biggest message to Wilson this season is for him to commit to his throws and “let it rip,’’ play full speed — even if it means making a few mistakes. 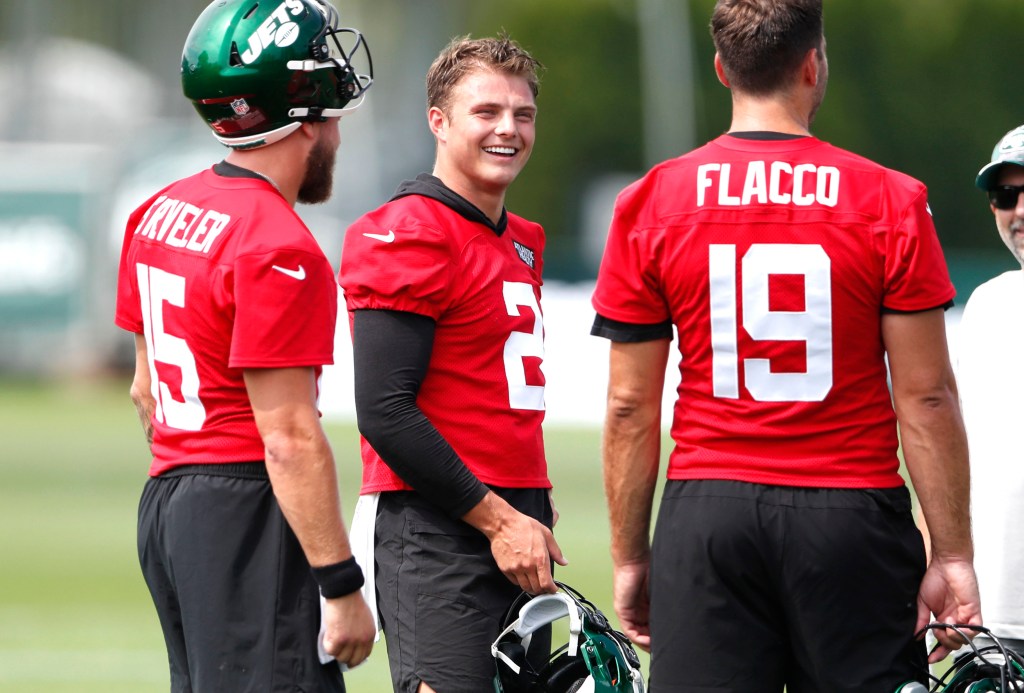 “Listen, you want to make the right reads and the right decisions every single time, but you want to do it with confidence,’’ Flacco said. “Usually when that happens, good things happen. It’s when you’re unsure of yourself, then you’re missing open guys because you’re not sure that you get in trouble, like, ‘Am I seeing this right?’ ”

A tentative Wilson misfired on a lot of short throws last year, alarmingly inaccurate on passes that require a high completion percentage. That, Flacco believes, was a result of not committing to those throws being the correct reads.

“Just let it rip,’’ Flacco said. “You’d rather make an error going full speed than have to look at yourself in the mirror afterwards saying, ‘Why was I so tentative?’ When you’re tentative and not pulling the trigger, that’s when your confidence starts to go and you kind of fall apart.’’

What’s the biggest difference Flacco has seen in Wilson so far this summer?

Flacco knows about playing fast. He spent a lot of his career burning opposing defenses with the deep ball. You don’t throw for 44,492 yards and 262 career touchdown passes without having the ability to let it rip.

When we sat down to talk after practice Wednesday, the first thing I asked Flacco was: “Why are you still doing this?’’

“I get that question a lot from guys on the team,’’ Flacco said. “It’s training camp and they’re thinking, ‘Man, how have you done so many of these?’ First of all, camp’s not really what is used to be, not close to what it was. Training camp now [as opposed to the two-a-day practice sessions of the past] is just a practice and some extra meetings and a walk-through at the end of the day. Sheldon Rankins: Jets’ goal is to be best...