Jets fans need to be patient with Zach Wilson The pass was over the middle and it fell at the feet of Garrett Wilson.

“C’mon, Zach!” a fan shouted from the bleachers.

That is Zach Wilson’s world — each and every pass examined and evaluated whether it is the second day of August or the first day of the start of his second season and beyond.

The kid had a decent day Tuesday, following some “C’mon Zach” moments on preceding days, and understandably patience is less of a virtue for long-suffering Jets fans after their latest Chosen One endured his rookie growing pains.

You’re a masochist if you start pulling your hair out this long before the Sept. 11 regular-season opener.

That’s when we’ll truly begin learning whether the progress the Jets insist Wilson is continuing to make is more than wishful thinking.

I get it: When your franchise quarterback is drafted second overall, when your franchise won its only Super Bowl on Jan. 12. 1969, you have every right to expect Wilson to be special, and granted, there have only been flickers and flashes of special lighting up his second training camp. 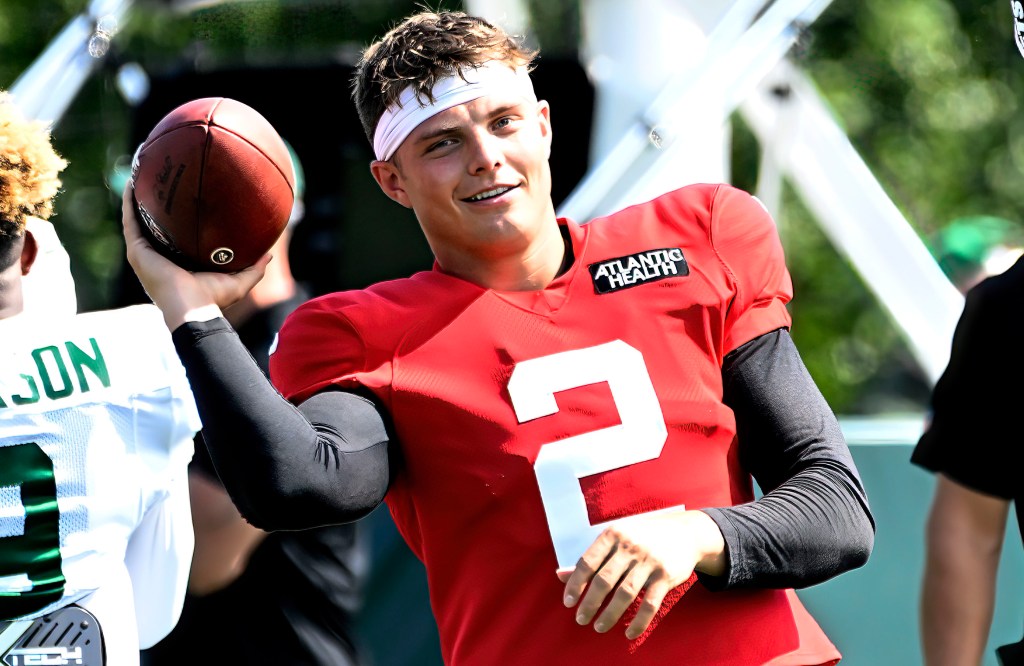 Such is the immediate-gratification world in which Jets fans live in.

BREAKING: There exists film of a young Tom Brady being intercepted during training camp, and hearing a “C’mon, Tom!” from Patriots fans, and probably from Bill Belichick as well.

Wilson came out of BYU with high expectations for himself, and nothing has changed.

“Whether you hit them or not, I think you always gotta strive to be better and to challenge yourself and to always want to be the best,” Wilson said. “Practice has always been frustrating ’cause I feel like I can go out there and be perfect on every play which is unrealistic, nobody’s gonna do that. … I think that’s why football’s so exciting and so challenging is because you always have something you want to get better at.”

A “C’mon, Zach!” moment surfaced when he threw wide on a gimme over the middle for C.J. Uzomah. And on the final play of practice, when he ate the ball in the face of a blitz fourth-and-5 from the 5 and never targeted his tight end. C’mon, Zach!

“I want to be able to just to stick it on him there,” Wilson said. “Hopefully he falls in the end zone. But that’s why we ran the play, it was for that exact reason, so I’m excited to try and learn from that one.”

So much still to learn. So little time. But still time.

“I think every little bit of every area I gotta just improve at just being an NFL quarterback,” Wilson said. “Whether that’s being an accurate passer within the pocket, getting the ball out of my hands quickly to our playmakers, or improvising and going off schedule, and making an easy play, whether that’s running it for 5 or just dishing off to a checkdown for 5 yards.” 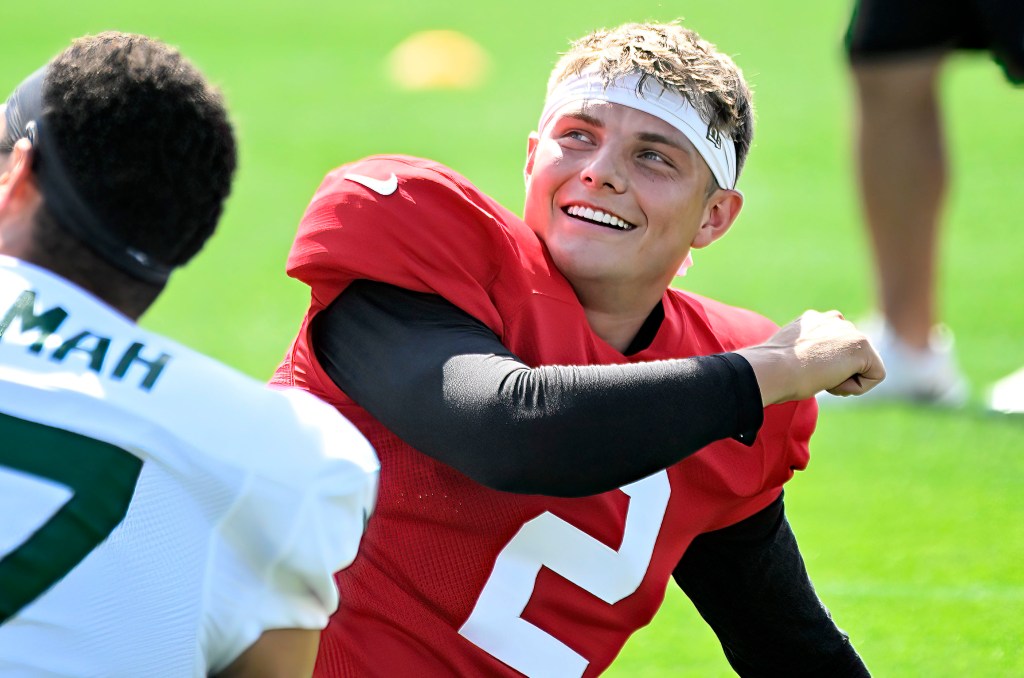 Everyone in Jets camp agrees that Wilson has greater command of the offense and the huddle, and is a more vocal leader.

“You kind of look at it as, ‘How was that play in general? Did you make the right decision on each play?’ ” Wilson said. “That’s kind of how we judge it in the quarterback room, I think that’s the best way to do. We’re just trying to improve each and every play.”

The arm talent and improvisational gifts have been on display from Day 1, but of course Raiders bust JaMarcus Russell had arm talent, too.

“I’m just trying to improve each day and feel like every day I’ve learned a bunch,” Wilson said, “and I think we’re getting better as a unit, so I’m excited about it.”

He burns to be great. The Jets believe he is made of the right stuff. New York doesn’t scare him.

“I just don’t have the social media on my phone,” Wilson said. “I want to be locked into what’s going on in our field and in our meeting rooms. … Even parents sometimes can be a distraction.”

He has a good head on his shoulders. Let him breathe. Let him grow. Lisa Tucker Is an New SVP Of Development At Al...