Jeremy Pruitt admitted the rumor that he paid cash to a player’s mother in a fast food bag is true.

Last January, Dan Patrick revealed on his radio show that, when Pruitt was coach of Tennessee, his staff handed money to recruits inside McDonald’s bags.

The Knoxville News Sentinel reported that Pruitt admitted giving the mother several hundred dollars to NCAA investigators in March, with a caveat – it was inside a Chick-fil-A bag, not McDonald’s. 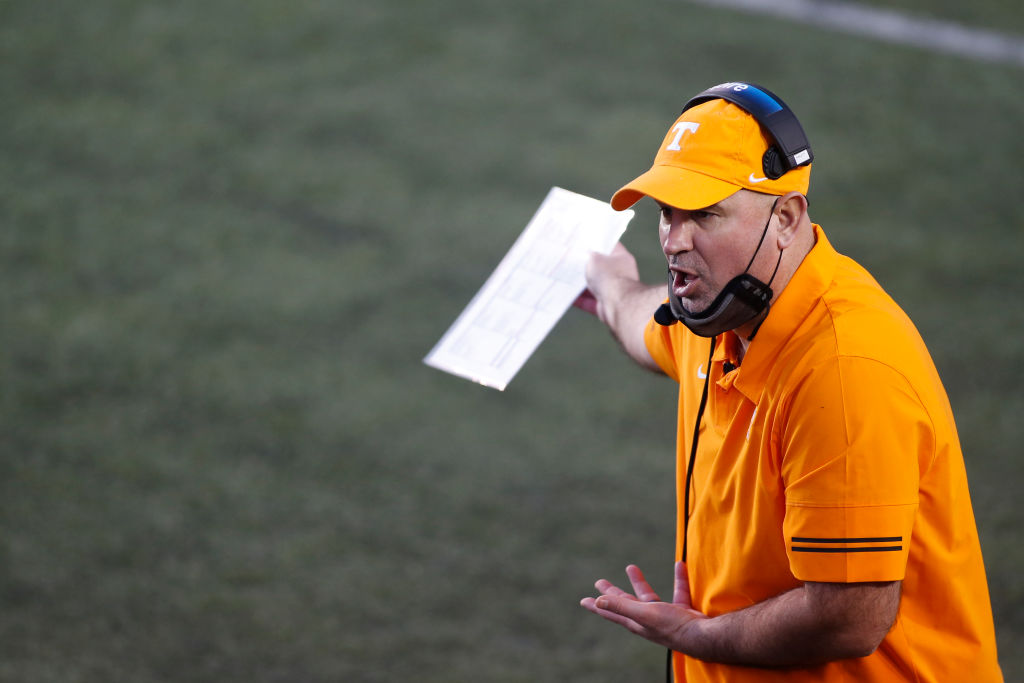 Jeremy Pruitt admitted to NCAA investigators that he paid $300 to a player’s mother in a Chick-fil-A bag.Icon Sportswire via Getty Images

Pruitt reportedly told investigators that, “it was the human thing, the right thing to do” and the money was intended “to assist with other [life] expenses.”

The $300 payment was part of $12,707 given to this player and/or his family. Also included in the total was $3,000 given to the mother in 2019 to help “with paying a delinquent medical bill so she could schedule a hip surgery.”

Pruitt coached Tennessee from 2018 through 2020, and was fired at the time investigations into improper benefits began. He worked on Joe Judge’s Giants staff last year as a defensive assistant.

Source: Tennessee #Vols got sloppy with recruiting. They were handing recruits cash in McDonald's bags when they visited campus.

Also a name to look out for to fill the Head Coaching vacancy: Jason Witten pic.twitter.com/HKDd02rldz

The NCAA investigation into Pruitt and Tennessee stems from a bit of a different time in college athletics.

Now, players are allowed to be compensated with NIL money. While these rules still bar direct payments from coaches to players or their families, and the university programs themselves are not supposed to be coordinating the commercialization, high-level football players have new opportunities to earn money from their likenesses that were previously not allowed. “KPOP The Musical” is on Broadway. We found... Vikings’ Adam Thielen did not enjoy his...