Ken Jennings needs to get a clue — and a new pizza restaurant, according to aficiona-doughs.

The “Jeopardy!” host found himself in a fine mess for declaring his “most controversial take on-stage ever” — that pineapple belongs on pizza.

The decadent debacle began when contestant David Stiasny — a pediatrician from Highland Park, Ill. — buzzed in for the category “A Pineapple” on Tuesday’s episode.

“Pineapple on pizza, yes. And I can resolve the controversy, it’s delicious,” Jennings said of the correct $200 answer, while Stiasny visibly cringed at the host’s pie-in-the-sky theory. 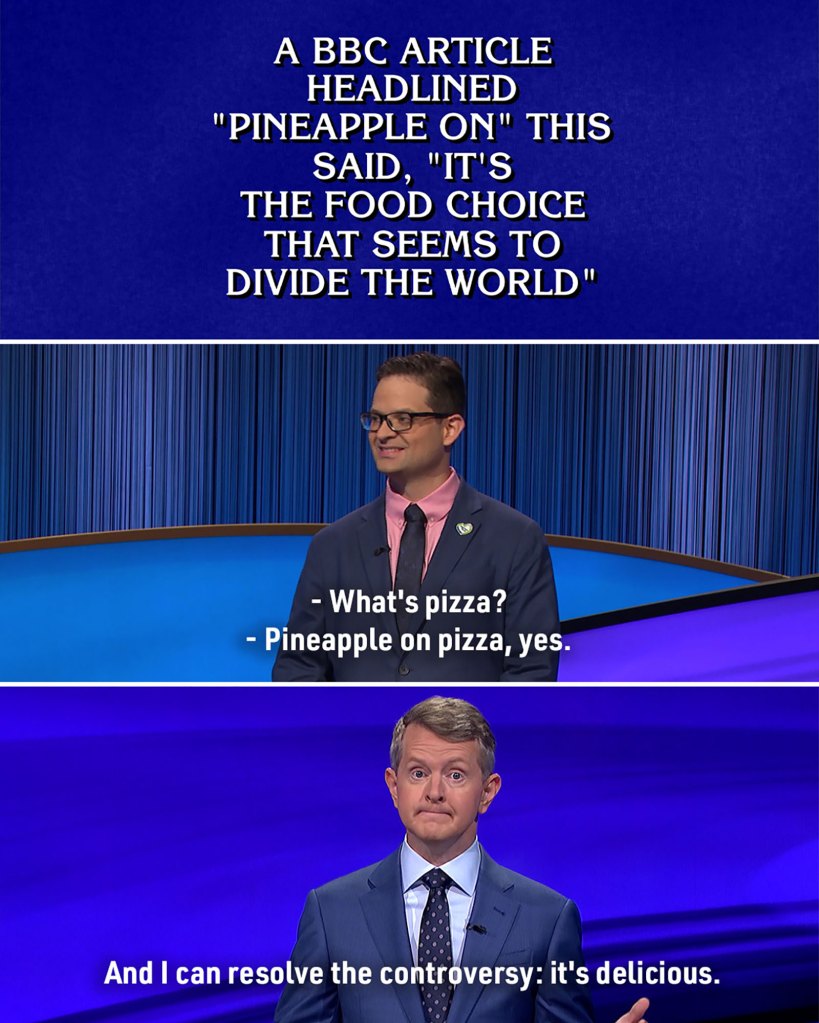 The host caught some flak online after advocating for pineapple on pizza.Jeopardy/Twitter

The official “Jeopardy!” Twitter account posted a meme of the on-air incident with the caption, “Controversy solved,” but it stoked the flames of the age-old debate over fruit on a slice.

“No it’s not. Pineapple and ham do not in any way belong on pizza. Not even in Hawaii,” one user argued defiantly, standing her ground.

“KEN IS WRONG! PINEAPPLE ON PIZZA IS SACRILEGIOUS!” exclaimed an enthusiastic pineapple hater.

“Still the worst take ever,” another pizza snob agreed.

“This just in: ‘@Jeopardy ratings drop after @KenJennings endorses the unthinkable,'” one user quipped. 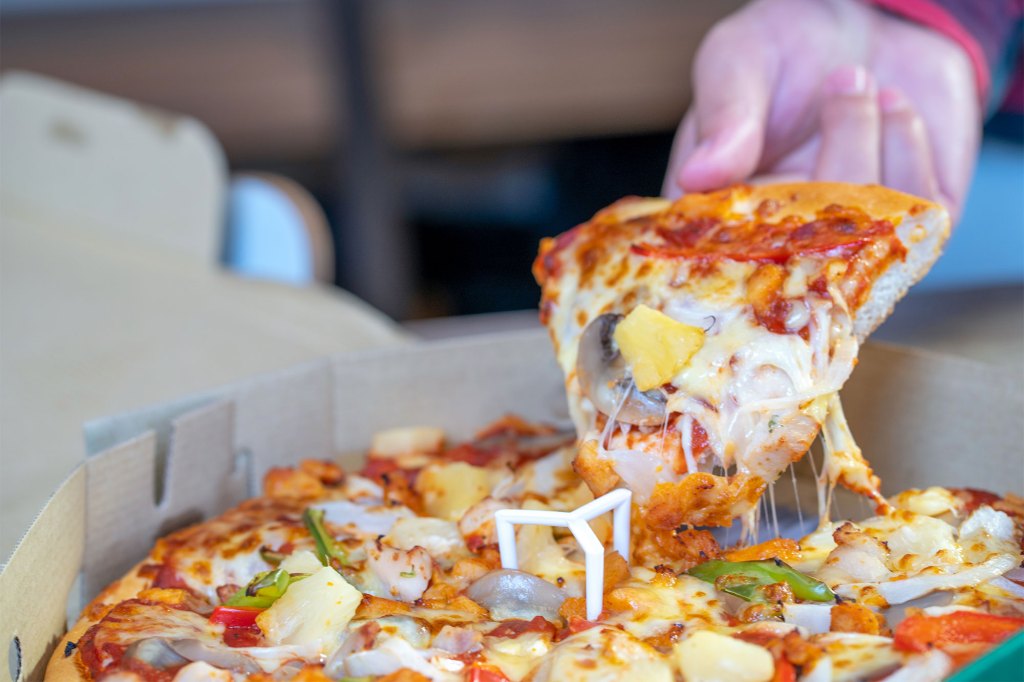 Endorsing the forbidden fruit isn’t the worst of Jennings’ on-screen crimes, according to diehard “Jeopardy!” fans.

Perhaps the most egregious blunder was when he allowed a contestant to correct a wrong answer.

It seemed as though Jennings, who splits his hosting duties with Mayim Bialik, was playing favorites, allowing the champ to fix his slip-up, but not other players when they committed an error. 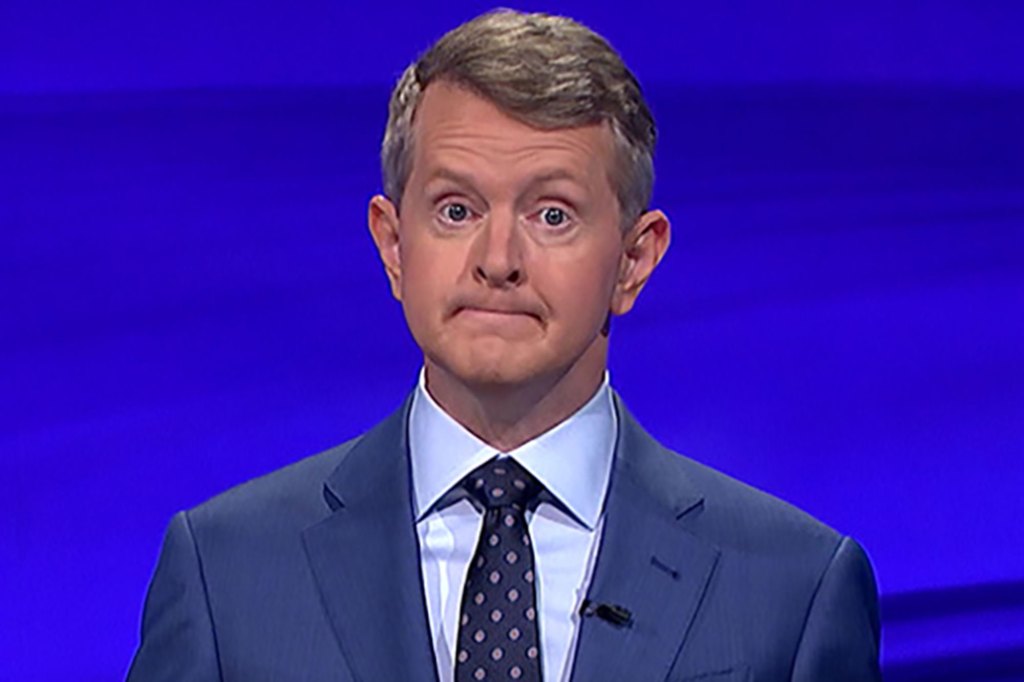 Jennings just can’t seem to catch a break after he’s made multiple mistakes on air.Jeopardy/Twitter

Meanwhile, Jennings, 48, made viewers cringe this summer when he delivered a “painful,” crude quip about circumcision. Then this month, he cursed after accidentally spoiling an answer.

Since Alex Trebek passed away two years ago, it seems the show has gone tragically downhill, with one gaffe after another. The show’s producers misspelled an Edgar Allan Poe quote and recently angered audiences by using Brian Laundrie, who killed his girlfriend Gabby Petito last year, as a prompt.