Jennifer Aniston is returning to network television — for one night only.

The beloved actress will recreate episodes of the classic sitcom “The Facts of Life” for a 90-minute special set to air on ABC Dec. 7. It will be available on Hulu the following day.

Aniston will play private school girl Blair Warner in the one-off revival, titled “Live In Front of a Studio Audience,” which will be produced by Jimmy Kimmel and Norman Lear.

The fact that Aniston, 52, has been cast as a teenager in the TV special may raise some eyebrows, but it’s all a part of the fun.

Gabrielle Union, 49, Kathryn Hahn, 48, and Allison Tolman, 40, were also all confirmed by ABC as per Variety to star opposite Aniston in the “The Facts of Life” reboot, which was set at boarding school for girls.

“I cannot imagine a better group than Jennifer Aniston, Allison Tolman, Gabrielle Union, and Kathryn Hahn, and I can’t wait to do their hair,” Kimmel was quoted as saying. 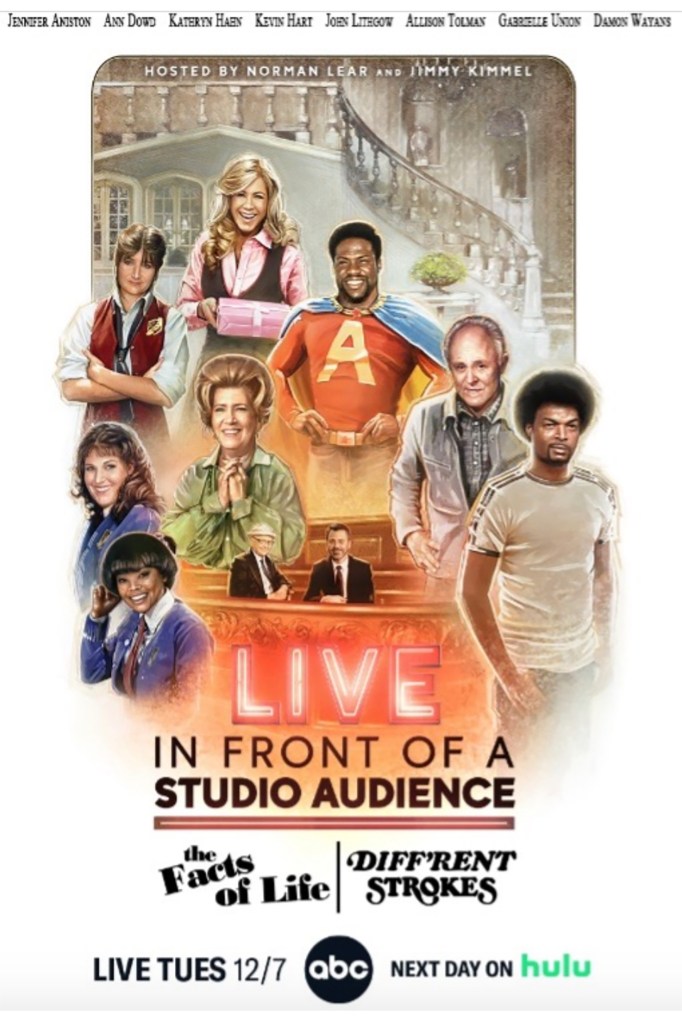 The 90-minute special is set to air on ABC Dec. 7. Jimmy Kimmel and Norman Lear will serve as producers.ABC

“The Facts of Life” originally ran on network television from 1979 – 1988, and was a spin-off of the classic sitcom “Diff’rent Strokes.”


“Live In Front of a Studio Audience” will feature re-creations of classic episodes of “The Facts of Life,” as well as a revival of iconic scenes and sketches from “Diff’rent Strokes.”

Casting news for the “Diff’rent Strokes” portion of the special was announced earlier this month. Kevin Hart will play Arnold Jackson, Damon Wayans will play Willis Jackson, and John Lithgow will star as Mr. Drummond. 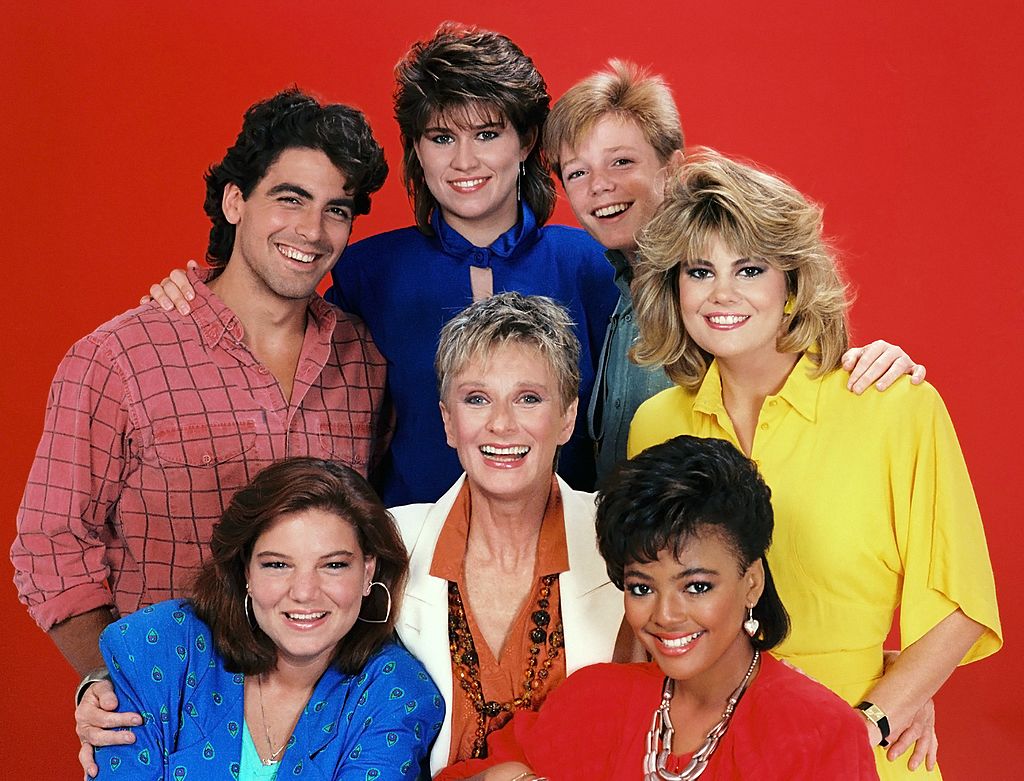 “The Facts of Life” aired from 1979 – 1988. The original cast is pictured above.NBCUniversal via Getty Images

The forthcoming “Live in Front of a Studio Audience” isn’t the first time ABC has revived classic sitcoms for one night only.

The network has also revived “All in the Family” and “Good Times,” as well as “The Jeffersons” for previous “Live in Front of a Studio Audience” specials.