Jena Sims is opening up about her playful wedding “surprise” for Brooks Koepka.

During an Instagram “ask me anything” on Wednesday, the Pageant of Hope founder revealed that she had images from her lingerie-clad photo shoot printed onto the inside of Koepka’s jacket for their big day this past summer.

“I had a whole night (brooks wasn’t home!) and did a shoot with @slimshayedy @jessicalindsayglam @sarahannahsims for the images printed on the inside of brooks’ jacket,” Sims posted in an Instagram story. 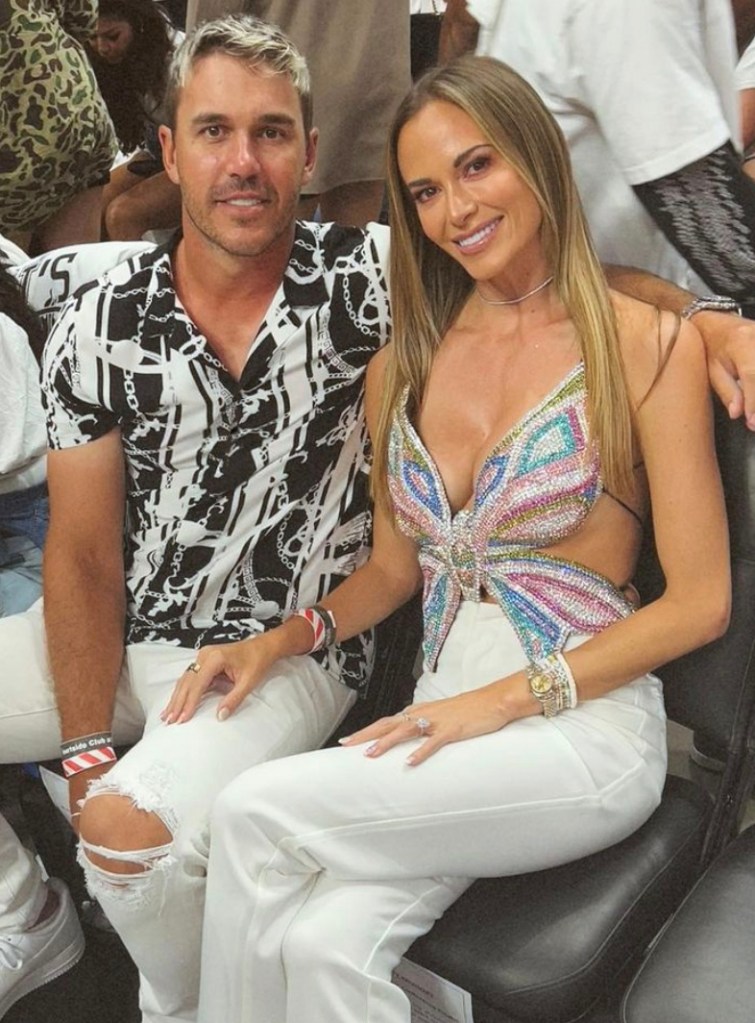 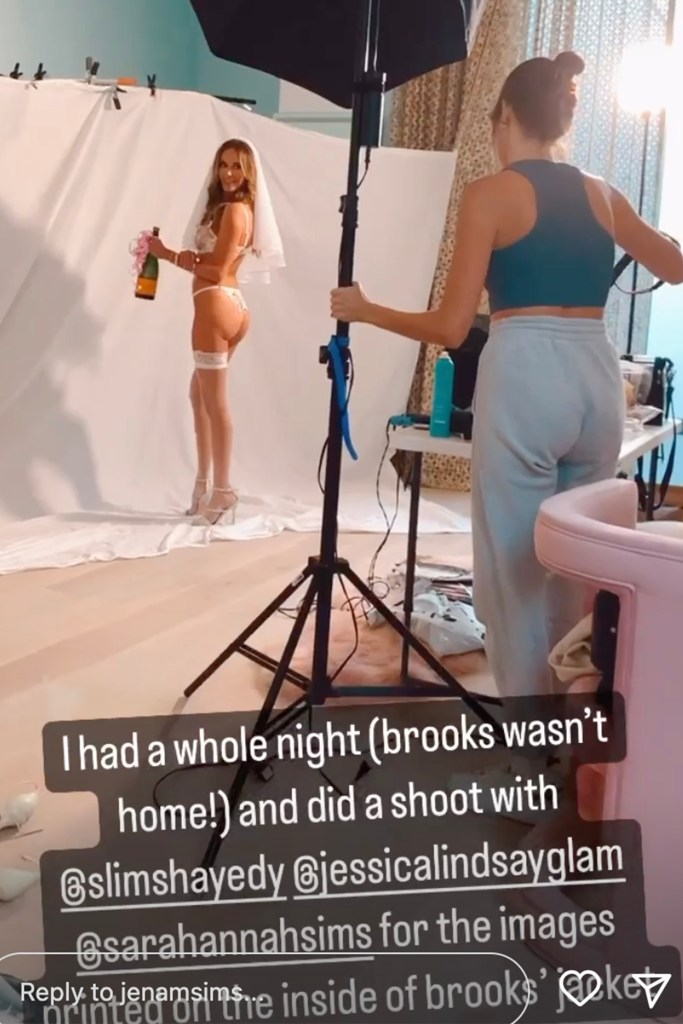 On Wednesday, Jena Sims opened up about her pre-wedding day photo shoot, in which images later appeared in the lining of Brooks Koepka’s jacket.Instagram/Jena Sims 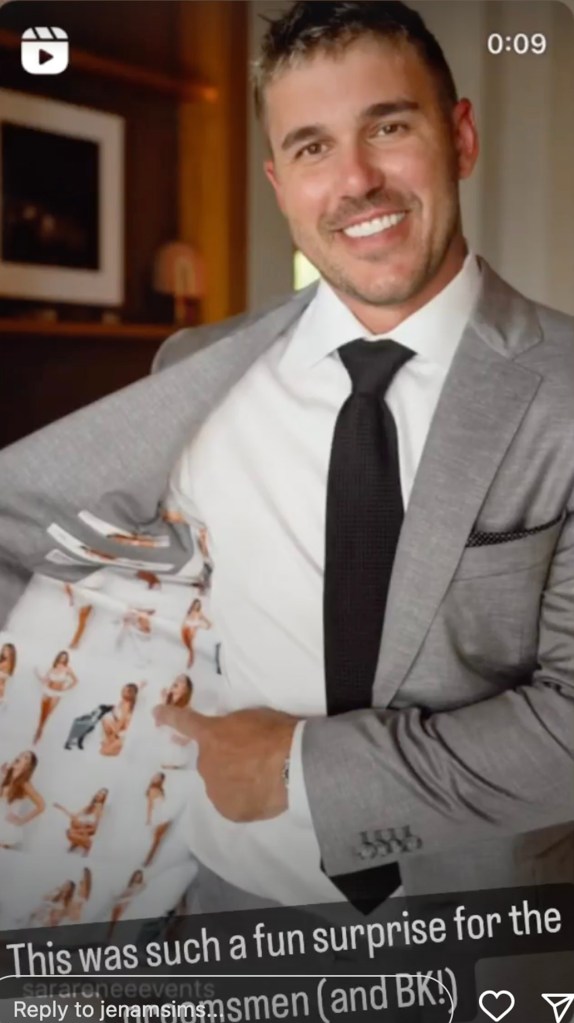 Brooks Koepka shows off the final product of his Jena Sims-inspired jacket.Instagram/Jena Sims

The One One Swimwear collaborator, 33, also posted a photo of Koepka, 32, modeling the finished product, which she called a “fun surprise.”

Koepka and Sims tied the knot in June, one year after announcing their engagement. The longtime couple celebrated with family and friends in Turks and Caicos.

Sims went on to provide wedding day advice for a future bride in a separate slide. 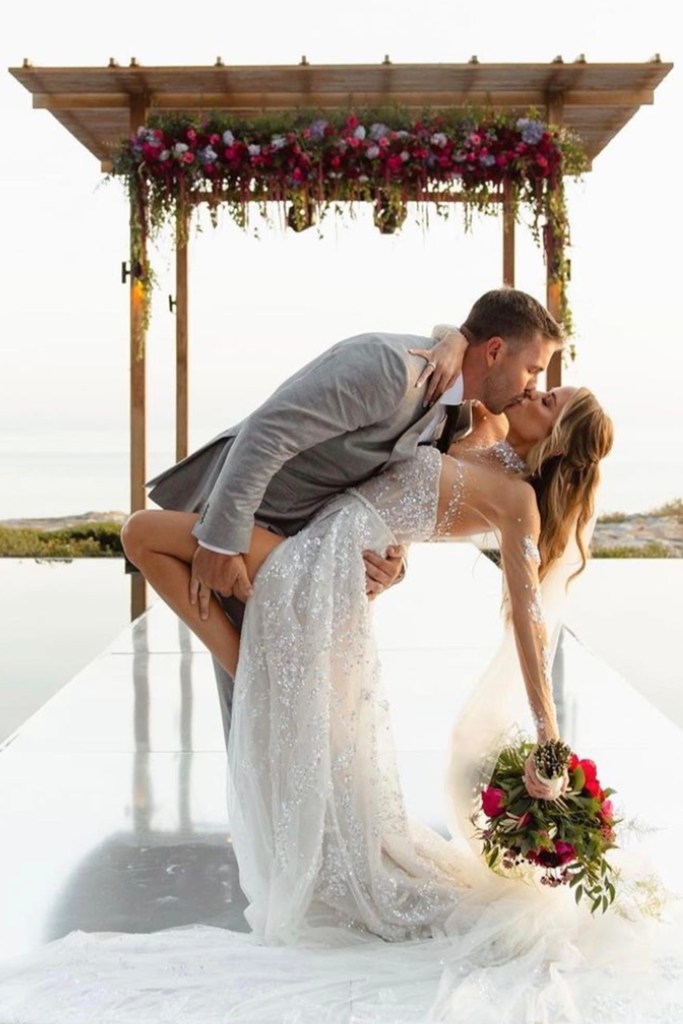 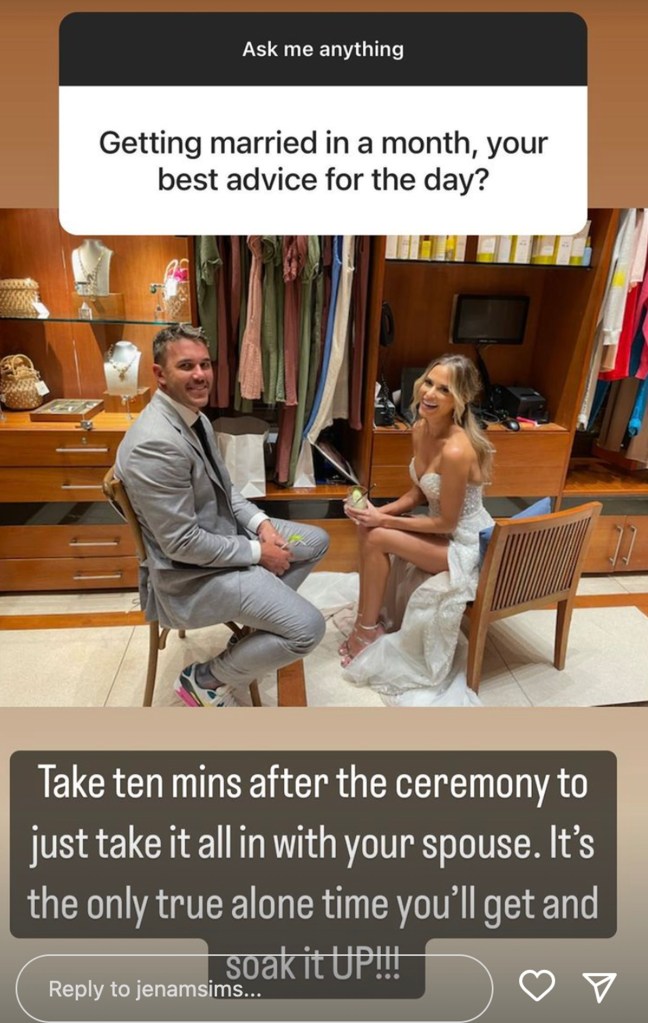 Jena Sims also offered wedding advice to a fan during her “ask me anything.”Instagram/Jena Sims

“Take ten mins after the ceremony to just take it all in with your spouse. It’s the only true alone time you’ll get and soak it UP!!!” she said.

Elsewhere in the Q&A with fans, Sims elaborated on family planning with Koepka.

“Do you want children down the road??” one fan asked, to which Sims replied, “Yes! Two! Soon I hope!” 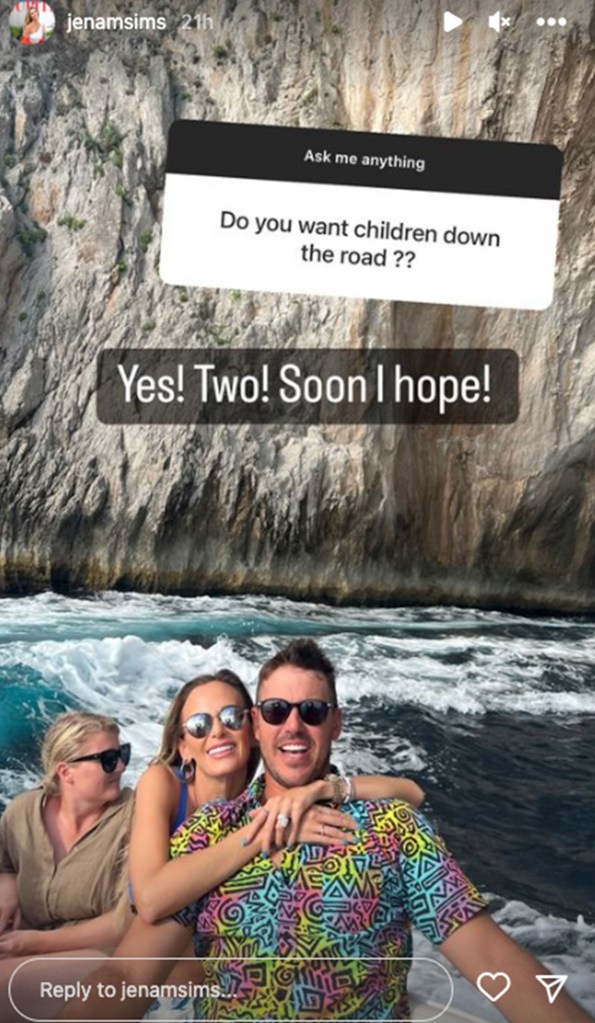 Jena Sims was also asked about when she and Brooks Koepka may start a family.Instagram/Jena Sims 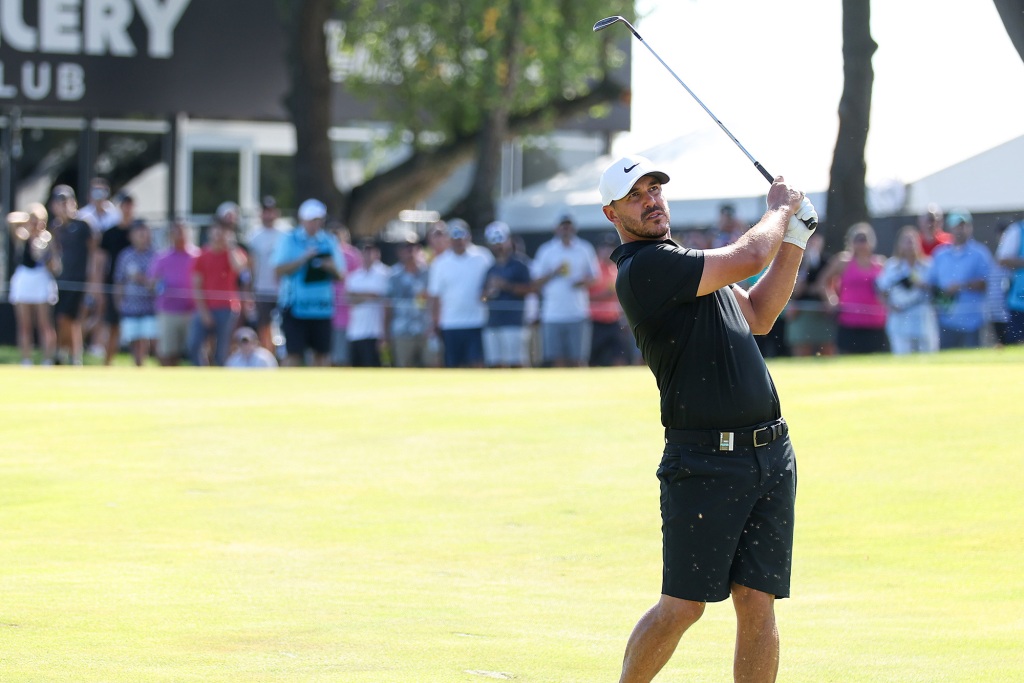 Brooks Koepka participates at the LIV Golf Invitational on Sept. 18, 2022, outside of Chicago.Getty Images

The response Sims posted appeared alongside a photo of herself and Koepka, which was seemingly taken during their recent Italian getaway. During their stay overseas, the pair took in the sights in Positano and enjoyed a collection of themed parties aboard a yacht.

reveals brooks koepka surprise during their wedding
Read The Rest at
nypost.com