Samuel Goldwyn Films has acquired U.S. rights to the coming-of-age film C.R.A.Z.Y., which launched the career of the late Jean-Marc Vallée (Dallas Buyers Club), making the film accessible to U.S. audiences for the first time since its run on the festival circuit in 2005. The film will hit theaters on June 3rd, following promotional screenings at prominent LGBTQ+ film festivals across the country.

Vallée’s breakout hit tells the story of Zac (Marc-Andre Grondin,) a young French Canadian and one of five boys in a conservative family in the 1960s and 1970s. Surrounded by Pink Floyd, The Rolling Stones and motorbike escapades, Zac struggles to reconcile his emerging identity with his father’s values. 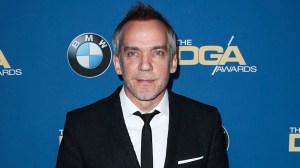 C.R.A.Z.Y. premiered at the Toronto Film Festival in 2005 and went on to win eleven Canadian Genie Awards. Its success led to Vallée being signed by Nathan Ross—the U.S. talent agent, who would eventually become his producing partner—and an offer to direct The Young Victoria, starring Emily Blunt. Following film credits included Dallas Buyers Club, which won three Academy Awards, and Wild, which was nominated in three categories. For television, Vallée directed, edited and exec produced HBO’s smash Big Little Lies, which won eight Emmys and a DGA Award, and Sharp Objects, starring Amy Adams, which was nominated for eight Emmys.

One of Hollywood’s most beloved directors, Vallée died of natural causes last December, aged 58. News of the Canadian filmmaker’s passing stunned those in the industry and generated an outpouring of tributes from a range of creatives, from Wild‘s Reese Witherspoon and Dallas Buyers Club‘s Matthew McConaughey to Canadian Prime Minister Justin Trudeau.

Samuel Goldwyn Films is a major, independently owned and operated motion-picture company that has previously distributed Academy Award winner Another Round and Academy Award nominees The Man Who Sold His Skin and Lunana: A Yak in the Classroom, as well as such titles as Respect the Jux, Foxhole, The Legend of Molly Johnson and True Things.

Peter Goldwyn negotiated the deal for C.R.A.Z.Y. on behalf of Samuel Goldwyn Films, with WME Independent on behalf of the filmmakers.