Jay Leno is back in the driver’s seat less than two weeks after a fiery accident that left him severely burned.

The 72-year-old funnyman and former “Tonight Show” host was spotted driving a Mercedes-Benz E55 AMG to his Burbank, California, garage on Tuesday — the same spot where the incident happened on Nov. 13.

Close-up pictures show the remnants of Leno’s intense injuries, with his chin, ear and hands red and bloody.

Leno previously explained that he was working on his 115-year-old car when a fuel leak and a simultaneous spark in the 1907 White Steam Car triggered an explosion.

He was released from the Grossman Burn Center on Monday, where he smiled with staff members for a photo before he left. Leno had visible scars on his face and hands in the picture. 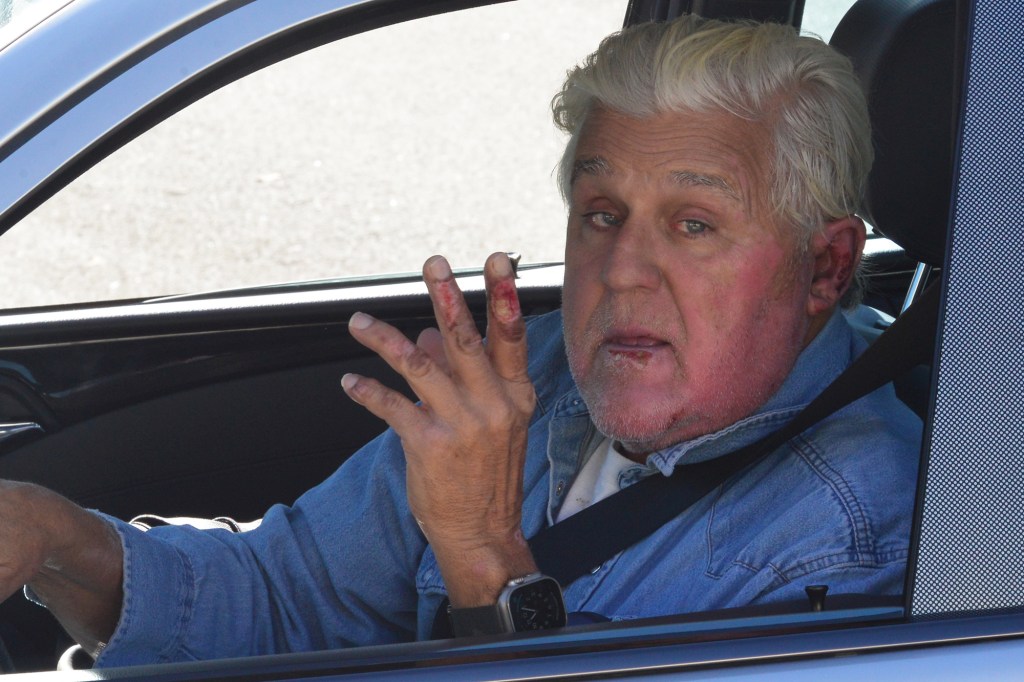 Jay Leno, 72, was spotted arriving at his car garage in Burbank, California, on Tuesday.London Entertainment for NY Post 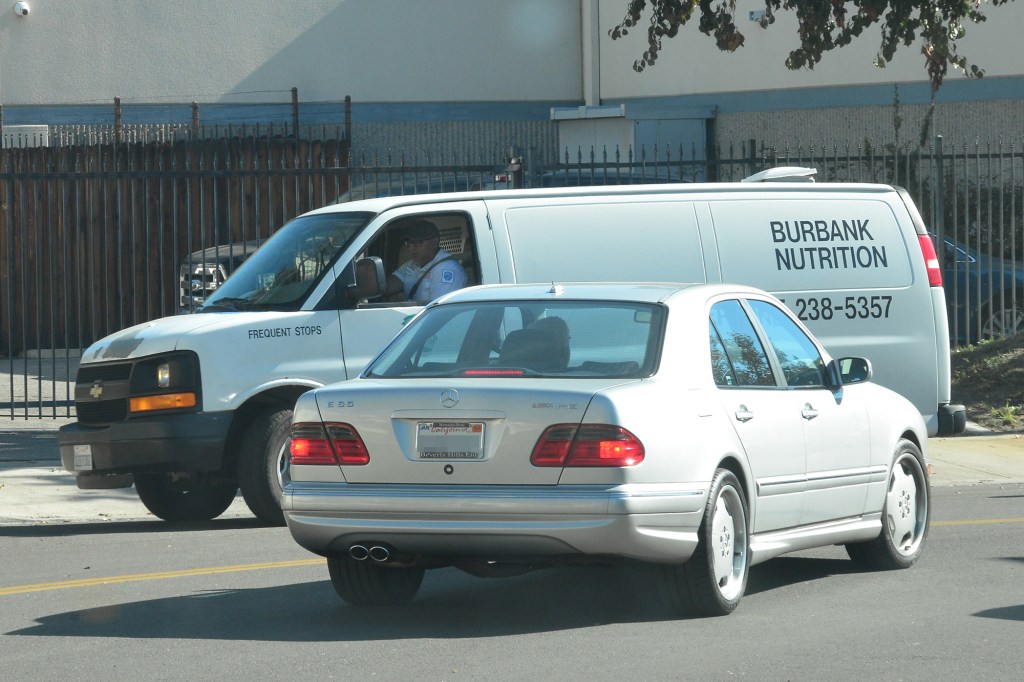 He was driving a silver Mercedes-Benz E55 AMG.London Entertainment /Splash

“Comedian Jay Leno was released from the Grossman Burn Center today,” doctors shared in a release obtained by People on Monday. “After a 10-day stay at the facility, Jay will receive follow-up care at the Grossman Outpatient Burn Clinic for burns to his face, chest and hands he received during a fire at his home garage.” 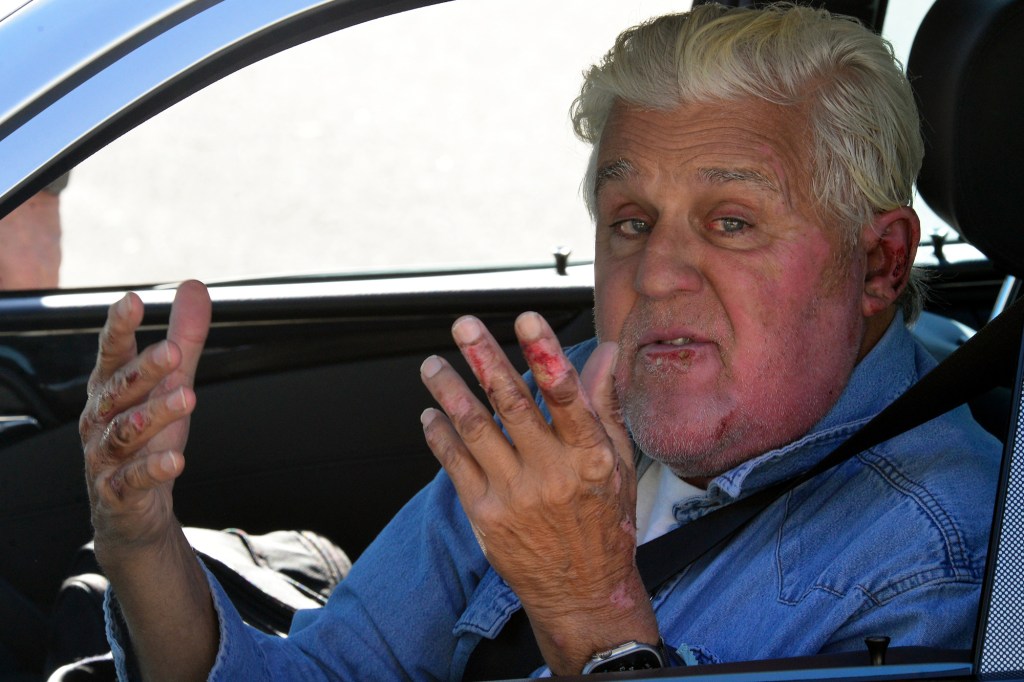 His burns were very visible. London Entertainment for NY Post 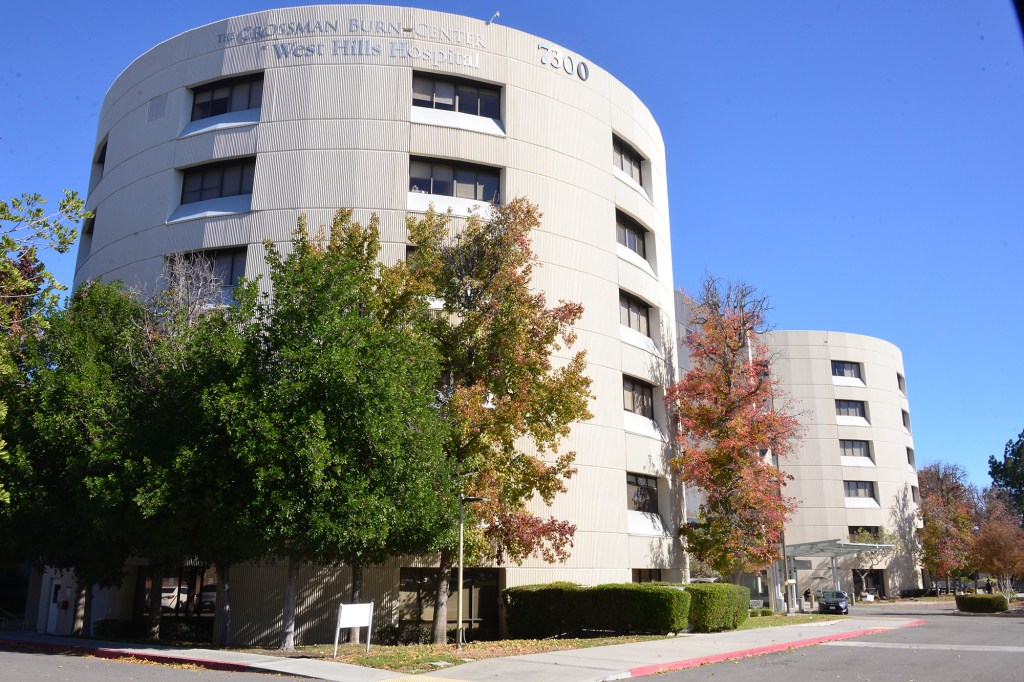 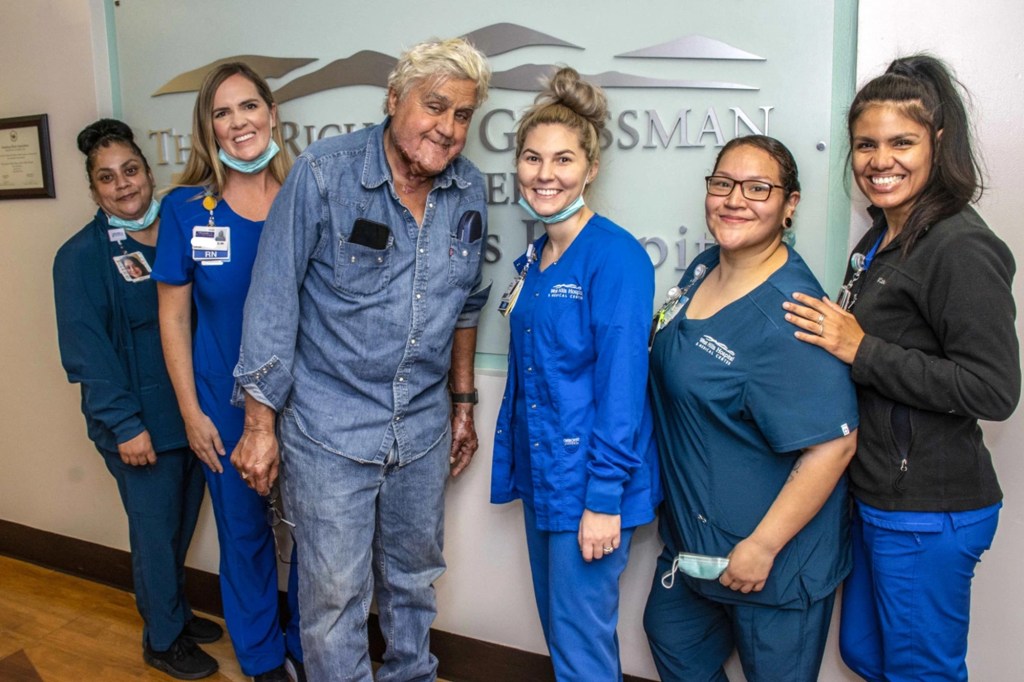 Leno posed with burn clinic staff members Monday in the first sighting of him since the fire Nov. 13.Grossman Burn Center 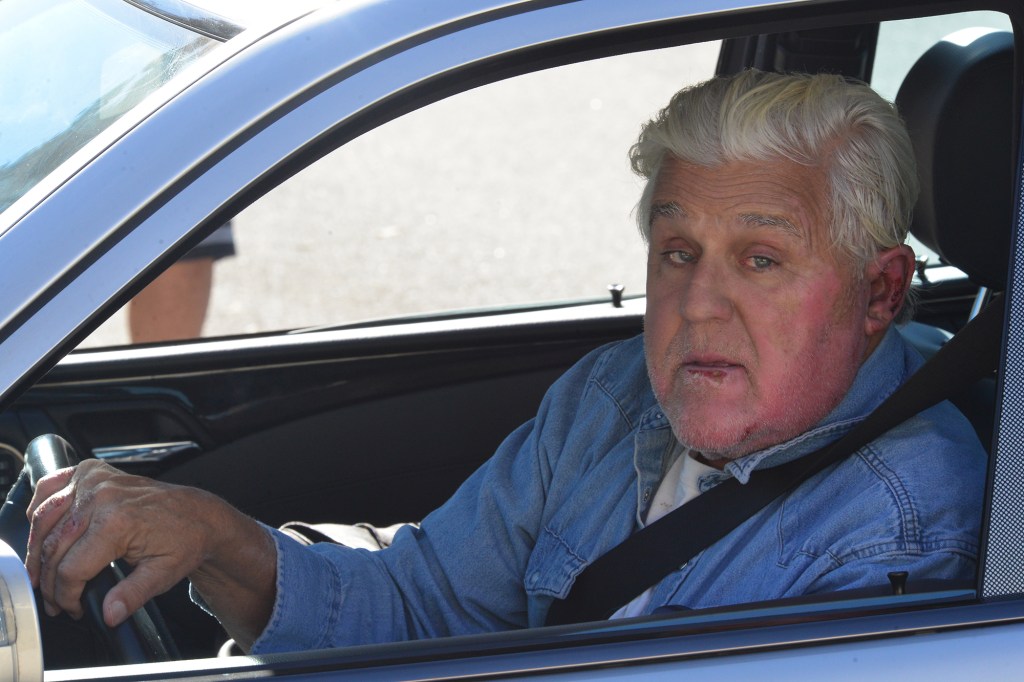 He will receive follow-up care at Grossman, the hospital stated.London Entertainment for NY Post

“Jay would like to let everyone know how thankful he is for the care he received, and is very appreciative of all of the well wishes. He is looking forward to spending Thanksgiving with his family and friends and wishes everyone a wonderful holiday,” the statement closed. 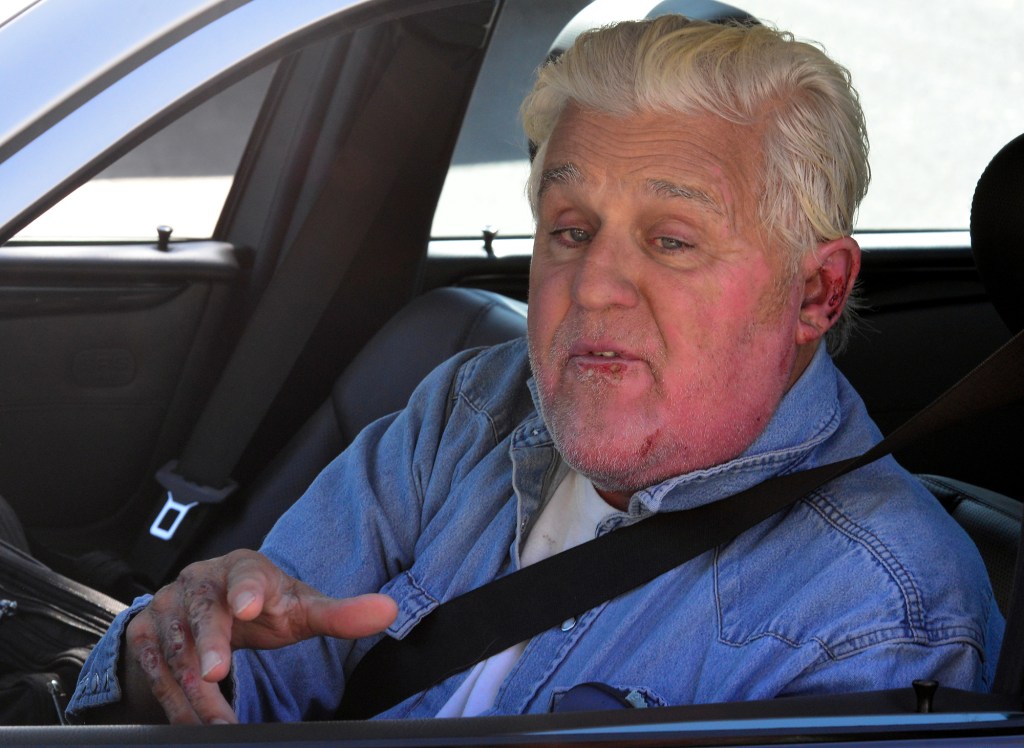 Leno was treated in a hyperbaric chamber, received skin grafts and underwent another surgical procedure.London Entertainment for NY Post 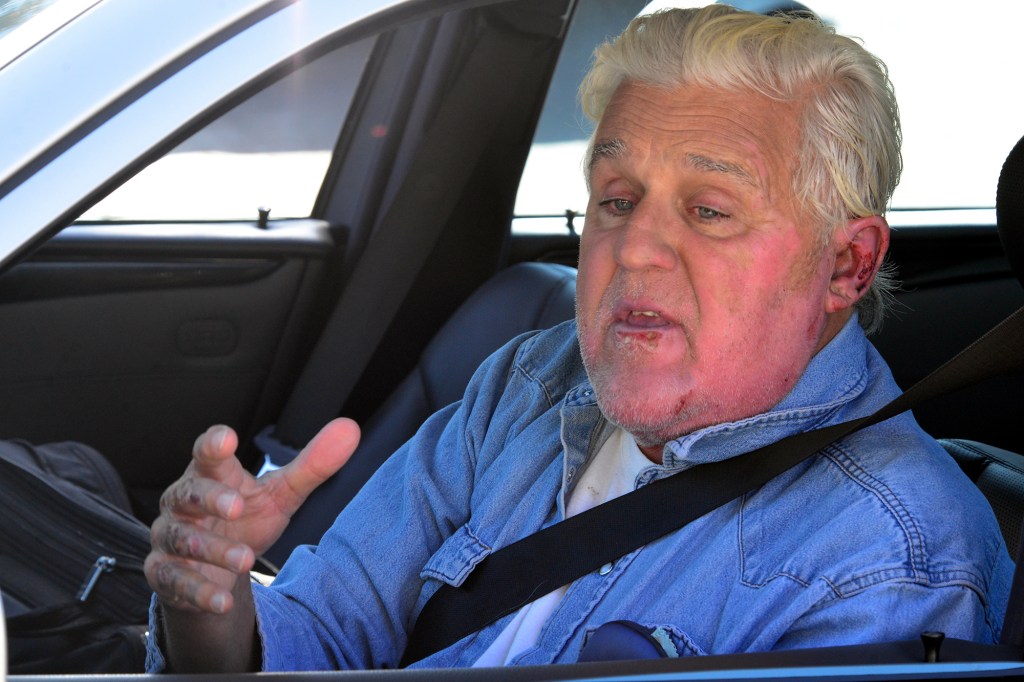 He was reportedly grateful to be able to go home for Thanksgiving.London Entertainment for NY Post

Leno allowed “Inside Edition” cameras to film him being treated in a hyperbaric chamber. Despite receiving skin grafts and another surgical procedure this week, he was reportedly walking around and cracking jokes with burn center employees. 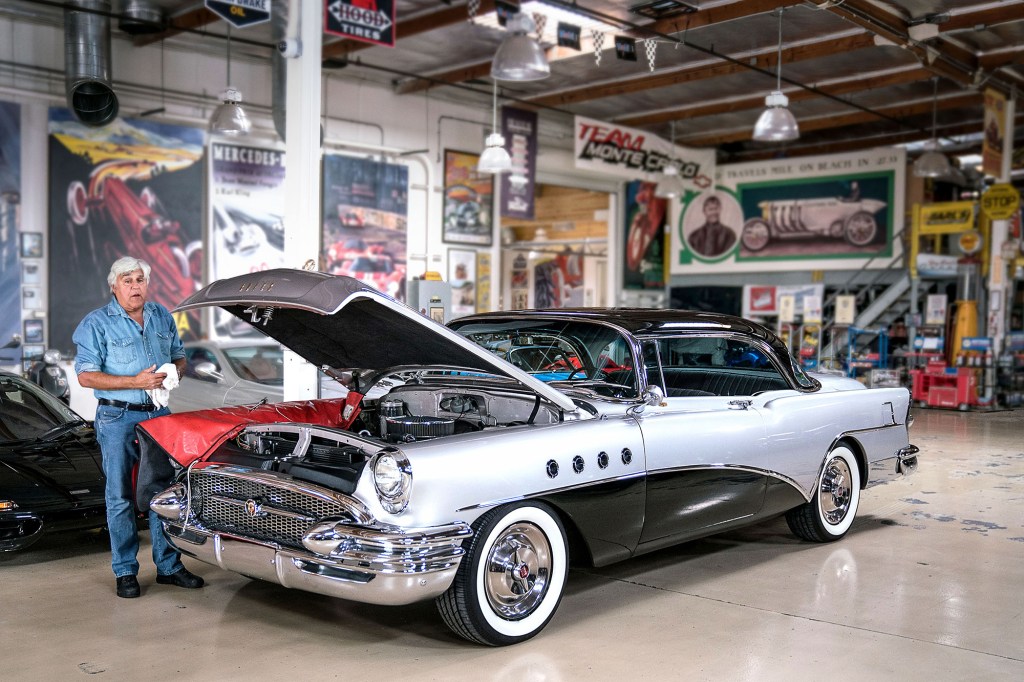 Leno is an avid car collector and even has his own show called “Jay Leno’s Garage.”NBCU Photo Bank/NBCUniversal via

As of June, Leno had over 180 vehicles in his collection, including exotic cars, hypercars and museum-grade artifacts, according to US News & World Report. 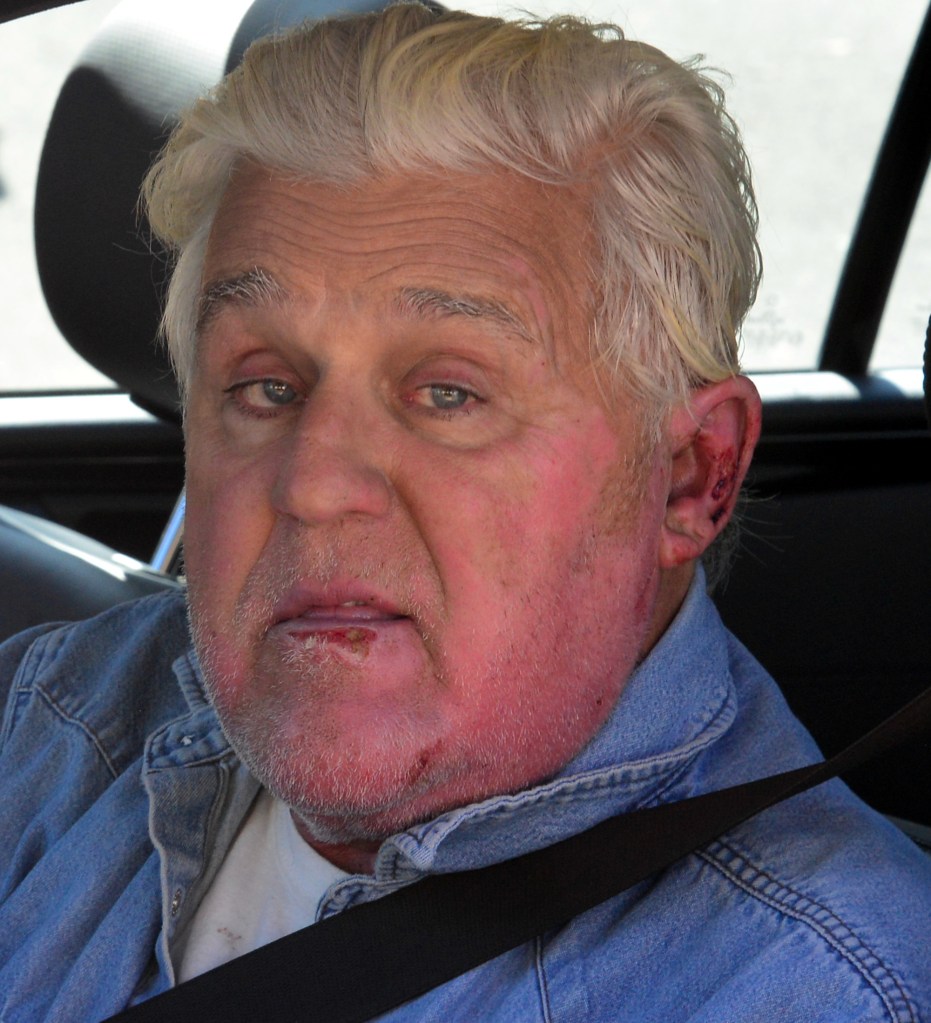 A close-up of Leno’s in-progress recovery.London Entertainment for NY Post

Season 7 of his CNBC show, “Jay Leno’s Garage,” where he tries all things automotive, wrapped up last month with guest President Joe Biden.

spotted behind wheel after injuries
Read The Rest at
nypost.com