Duran’s nightmarish inning began when the Royals’ Nate Eaton smacked a routine fly ball into center field to lead off the bottom of the seventh. Duran lost the ball in the sun and watched it land inches away from his glove for a triple.

Duran was tested again in the very next at-bat, when Kyle Isbel launched a fastball out to the warning track. The 25-year-old attempted to make a leaping grab at the wall, but saw the ball deflect off the end of his glove and turn into another triple.

Jarren Duran is having an interesting 7th inning

Misplayed a ball, couldn't secure a fly ball, makes a diving catch and argues with some fans pic.twitter.com/w0MCSCnRtJ 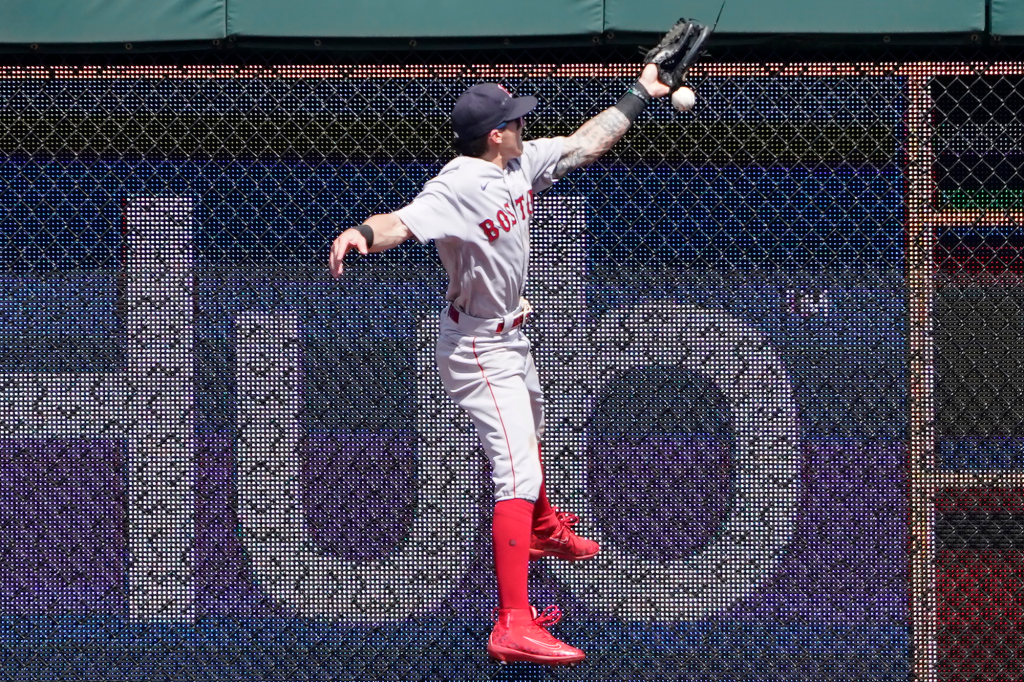 Jarren Duran attempted to make a leaping grab at the wall, but saw the ball doink off the end of his glove and fall for another triple.Getty

Moments after the failed attempt, Duran had some things to say to several fans seated behind the center-field wall. Then following an impressive diving grab in the next at-bat, Duran needed to be restrained by teammate Alex Verdugo as he continued to exchange pleasantries with the heckling fans.

The day only got worse for the Red Sox after Duran’s brutal inning with the Royals scoring six runs in the eighth to turn a tight contest into a blowout. 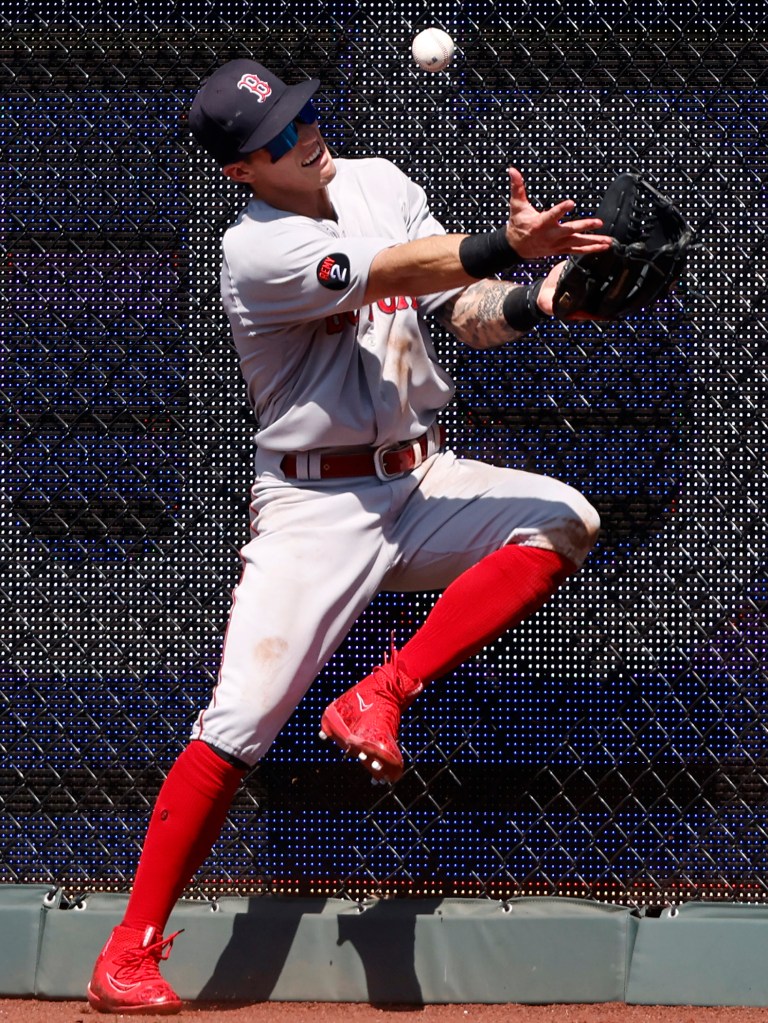 Jarren Duran collides with wall after failing to make a catch in the Red Sox’s loss to the Royals.AP

Duran is no stranger to misplaying the ball in the outfield. Two weeks earlier, he lost another routine fly ball in the lights at Fenway Park, which resulted in an inside-the-park grand slam in an embarrassing 28-5 defeat to the Blue Jays.