PHILADELPHIA — Jalen Hurts had 301 total yards in the first half in the breakout game of his young career, finishing with three total touchdowns as he led the Philadelphia Eagles to a 24-7 win over the Minnesota Vikings on Monday night.

Trying to prove he is the franchise QB for the Eagles in his second year, Hurts looked downright unstoppable from the opening drive.

Hurts hit five receivers on 5-for-5 passing — highlighted by a 19-yard strike to A.J. Brown — and finished the drive himself with a 3-yard scoring run. In the opening win against Detroit, Hurts failed to complete a pass on five attempts and the Eagles turned the ball over on downs on the first drive of the game.

Turn the ball over on downs?

That seemed like just a rumor against the Vikings. The TD was just the liftoff for the 24-year-old Hurts throwing, running, imposing his will with all his available tools against a Vikings defense that could not solve him in his 21st career start. He finished with 333 yards passing and a touchdown, and 57 yards and two scores on the ground. 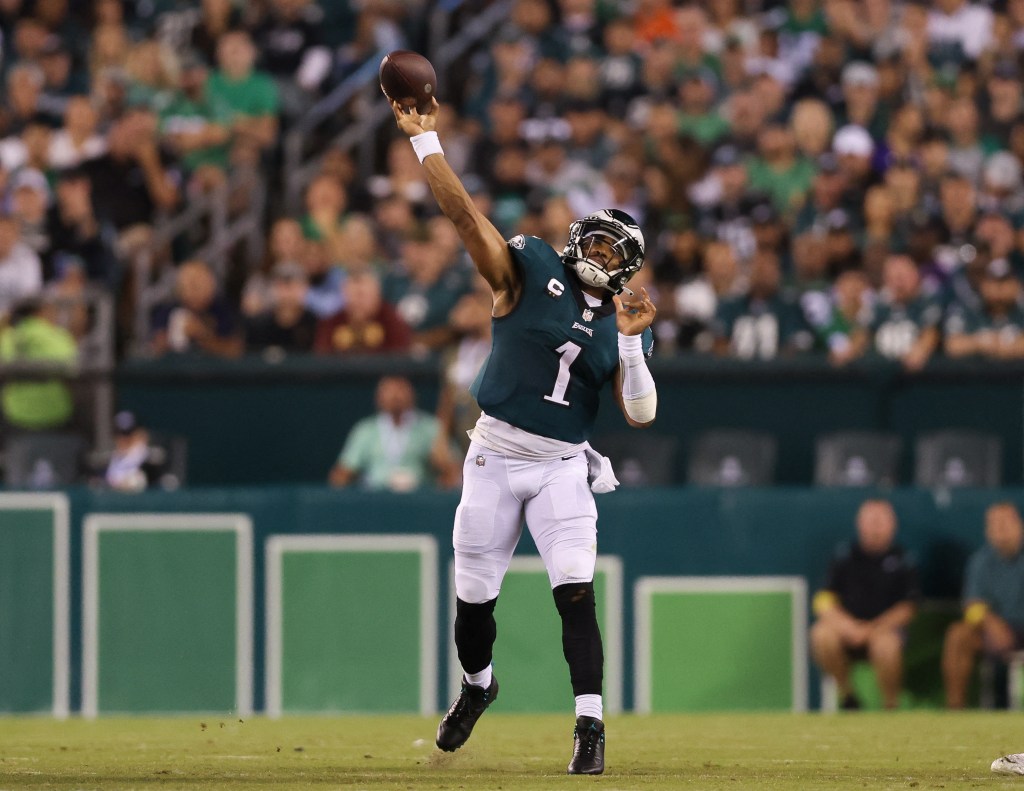 On the first play of the second quarter, Hurts connected on a wide-open Quez Watkins for a 53-yard TD and the 14-0 lead.

Slay, who picked off a hapless pass by Kirk Cousins in the third quarter, had called each of the Eagles’ trio of talented receivers Batman. 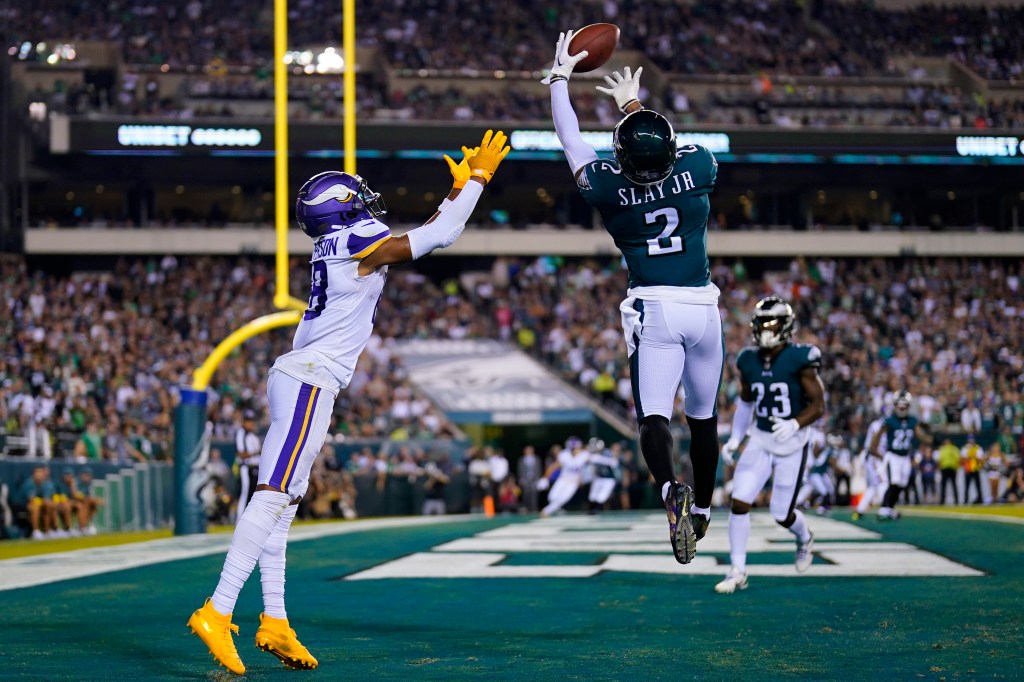 Why are they all Batman?

“No Robins. We’ve got no sidekicks,” Slay said.

Hurts had one more play for the highlight reel with just under two minutes left in the first half. Hurts rolled to his right and scampered toward the end zone. He dragged two defenders with him, lowered his head and muscled his way in for a 26-yard touchdown that sent the crowd into a frenzy. 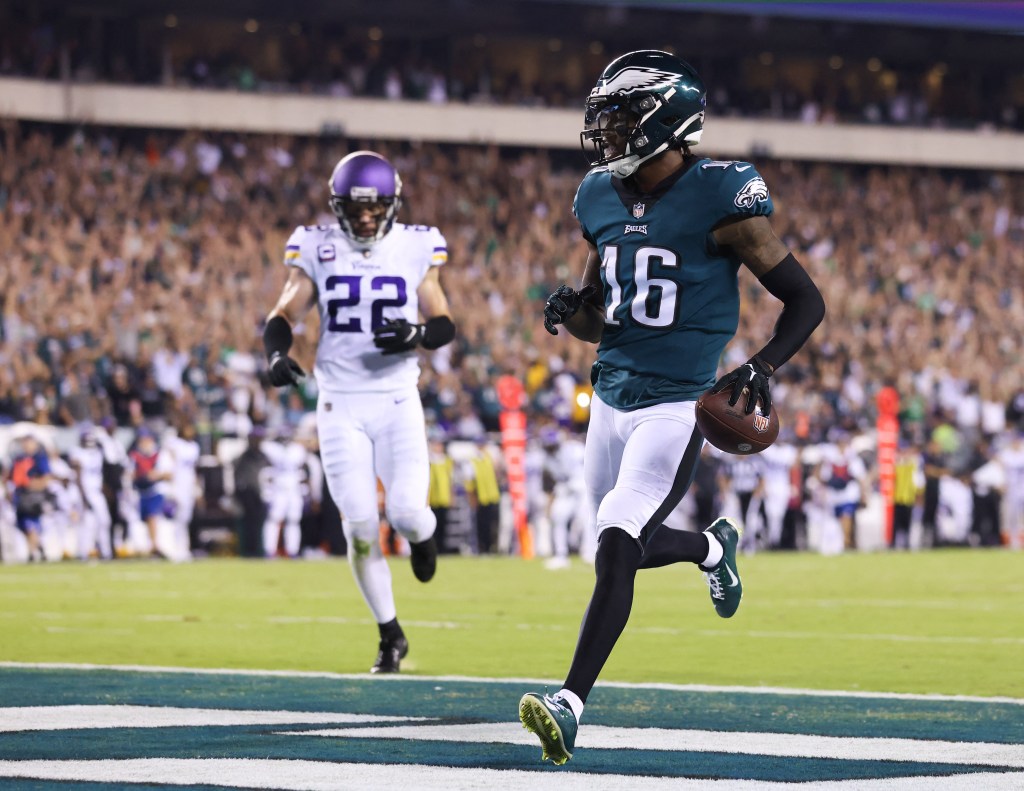 Jake Elliott kicked a 38-yarder and the Eagles took a 24-7 lead into halftime.

In a Week 2 full of improbable comebacks, perhaps it wasn’t wise to totally count out the Vikings.

But Cousins and wide receiver Justin Jefferson — famously passed over by the Eagles in the 2020 draft — never got anything going of substance against the Eagles and maligned defensive coordinator Jonathan Gannon. Slay had his second interception of the game in the fourth quarter as the scoreboard soon flashed “Big Play Slay.”

Hurts had 50 yards rushing and 251 yards passing in the first half. Cousins finished the game 27 for 46 for 221 yards and three interceptions. Jefferson had six catches for 48 yards a week after he had 184 receiving yards and two TDs in a win against Green Bay. ‘Dancing With The Stars’: Who Survived And Who... This is just the start for Max Scherzer as Mets...