Knicks free-agent target Jalen Brunson is a poker-faced point guard on the court, rarely given to emotion, stoic and steady as the Mavericks’ quarterback.

But in the interview room during his postgame press conference Sunday afternoon in Dallas, Brunson broke into a smile when somebody asked him what it was like to ruin Chris Paul’s birthday weekend.

“It’s how hard we play defensively,’’ Brunson said after Dallas’ 111-101 rout of the Suns in Game 4. “It’s a credit to him how well he’s brought his team to this level. We’re just doing everything in our power to find ways to win.’’

On Friday, Paul, who turned 37, committed seven turnovers as Dallas cut the second-round series deficit to 2-1. On Sunday, Paul fouled out early in the fourth quarter with five points. Brunson played a big part in Paul’s foul-ridden frustration.

Small but physical, Brunson drew an offensive foul on Paul early in the third quarter as CP3 was bringing the ball upcourt and they got entangled when the Suns superstar ground to a halt. That was Paul’s fifth foul — upheld via referee review. 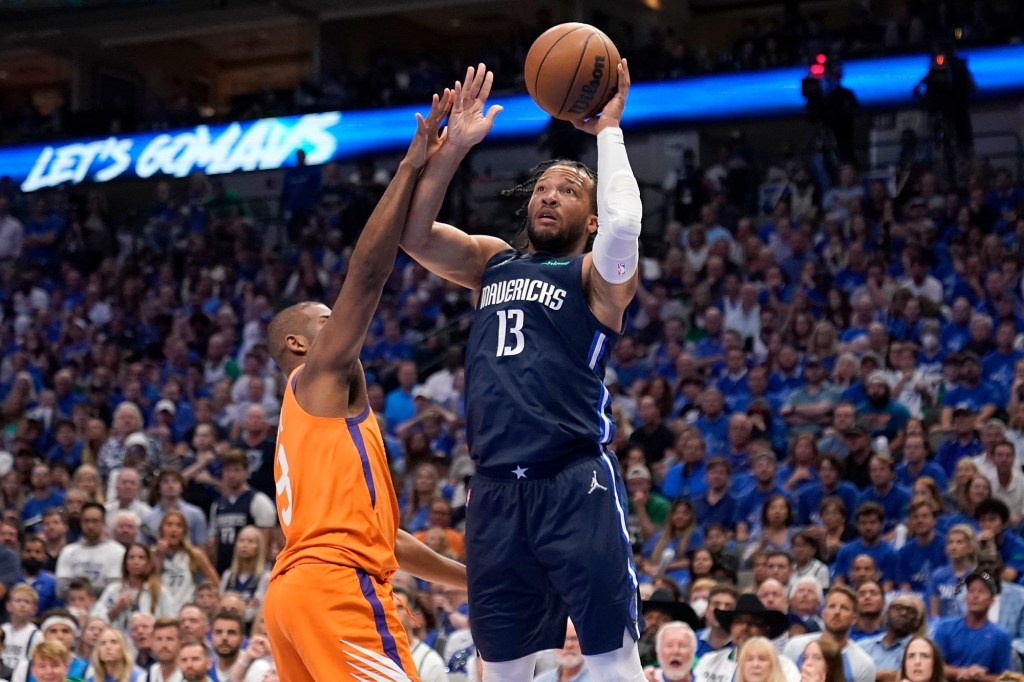 Early in the fourth, Paul hit Brunson’s arm after the Dallas guard hauled in an offensive rebound. CP3 was done for the day and the Mavericks were even at 2-2 with the series shifting to the Valley of The Sun.

“When we know a player is in foul trouble — no matter who it is — we try to apply the pressure,’’ Brunson added. “[Paul] is so crucial to them if we can get him out of the game in a clean way, we’ll exploit that.’’

The Mavericks flashed all their 3-point shooting weapons Sunday, so Brunson was just one piece to the puzzle. But this has the makings of a special puzzle that owner Mark Cuban might want to keep together.

Cuban has made his share of lousy investments on “The Shark Tank’’ (don’t mention “Toygaroo” to him). But this billionaire entrepreneur knows a heady point guard who has a smooth chemistry with Luka Doncic is probably one he’ll be in on.

One league source who has spoken to Cuban during the playoffs told The Post he’d be shocked if Cuban didn’t keep Brunson, who averaged 28 points in the first-round series versus Utah. That doesn’t bode well for Leon Rose’s Knicks as they search for a premier floor general. Rose’s son, Sam, and Aaron Mintz are Jalen’s CAA agents.

On Sunday, Brunson notched 18 points, four assists, four rebounds — a plus-18. The most important number, though, may have been the “6’’ on Paul’s ledger, marking his foul total.

Brunson has been on the ball more in these last two victories but has the instincts to flip it to Doncic in a half-court set and move to space when he senses the superstar from Slovenia wants to do his isolation magic. 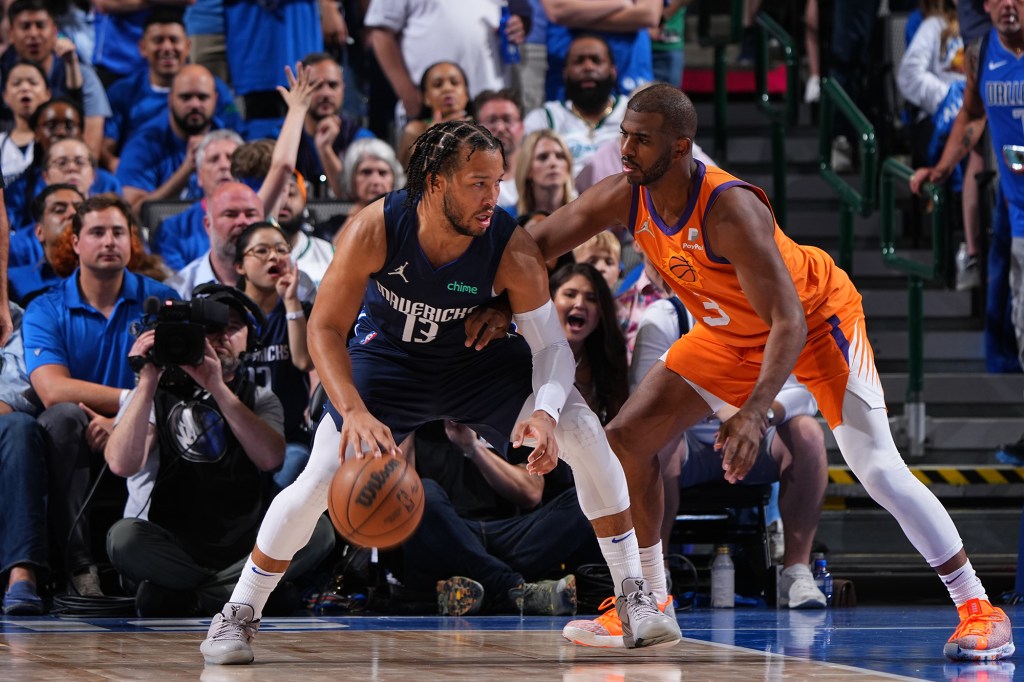 Jalen Brunson is guarded by Chris Paul.NBAE via Getty Images

Brunson with a solid handle, also has an easy way of getting into the paint — an obsession of coach Jason Kidd.

“Great things happen when you keep getting in the paint trying to make plays,’’ Brunson said.

Dallas’ willingness to pass led to an afternoon of open 3-pointers. The Mavericks drilled an epic 20 treys on 44 tries. Dorian Finney-Smith, an unsung “stretch 4’’, rained in 8 of 12 from behind the arc.

Davis Bertans, the league’s “other’’ Latvian, sank 4 of 6 3-pointers. How ironic that Bertans’ countryman, ex-Knick and ex-Maverick Kristaps Porzingis, now plays for Washington and never made it to the play-in tournament.

Porzingis didn’t have on-court harmony with Doncic, who shot just 1 of 10 from the 3-point line Sunday despite the easy win.

There were contributions from two alumni of the Knicks’ backcourt, Frank Ntilikina and Reggie Bullock, part of last season’s Tom Thibodeau squad.

Off a feed from Brunson, Ntilikina swished an important right-wing 3-pointer late in the third quarter. In his nine minutes, the Frenchman also grabbed a rebound in traffic early in the fourth quarter when the Suns were still threatening.

“I have confidence in every one of my teammates,’’ Brunson said. “Some may not get minutes they want, but they come in every day and work hard. Frank’s one of those guys. I had confidence Frank can knock that shot down.’’

“Bullock didn’t score tonight but everyone knows what he does for this team on the defensive end,’’ Bertans said.

The Suns have a Dallas dogfight on their hands. True, Phoenix was 2-2 with the Pelicans, but nobody really thought the defending Western Conference champions would lose to New Orleans.

Now all bets are off.

Kidd said after his team fell behind 0-2 he needed more guys to join Luka’s party.

“Yeah they’re at the party,’’ Kidd smirked. “We understand Luka’s talent. But for us to be a team, other guys have to make shots when they take the ball out of his hands. We saw that this afternoon.’’