PHOENIX — Jacob deGrom should have more clarity about a possible return to the Mets after he receives an MRI exam on Monday.

Manager Buck Showalter on Sunday indicated he misspoke a day earlier when he said deGrom underwent an MRI exam and CT scan on Friday. The Mets ace had the latter test, according to Showalter, but not the MRI.

The Mets are hopeful deGrom will be cleared to begin throwing — he’s been sidelined since spring training with a stress reaction on his right scapula. Showalter said deGrom’s CT scan results still hadn’t been evaluated by doctors.

“If there was a sense of urgency about the reading we would obviously push it a little bit, but it’s not going to change anything,” Showalter said.

If deGrom is cleared to begin throwing, he would still need a full buildup that would likely take him into at least late May before he could be considered for the Mets rotation. DeGrom pitched twice in spring training, but last appeared in a regular-season game on July 7 of last year — he missed the entire second half with forearm/elbow issues. 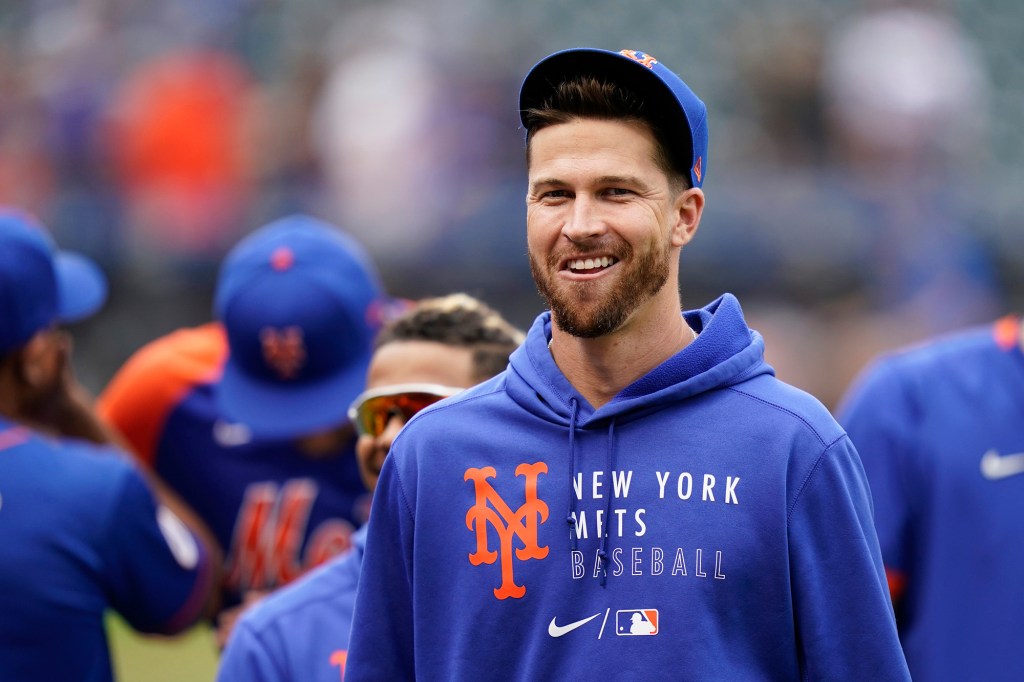 Taijuan Walker will throw a simulated game Monday in St. Louis, after which team officials will decide between Friday and Saturday for his return to the rotation. Tylor Megill could be an option for Friday on normal rest, dependent upon how he feels coming off Sunday’s 6-2 win over the Diamondbacks, in which he allowed two runs on five hits over 6 ²/₃ innings while striking out seven. Walker left his start against the Phillies on April 11 with shoulder discomfort that was diagnosed as bursitis.

Adonis Medina was optioned to Triple-A Syracuse after pitching a scoreless eighth inning on Saturday. The Mets recalled Yoan Lopez to fill a spot in the bullpen. Medina will stretch out as a starter at Triple-A.

“He is on everybody’s radar now,” Showalter said.

Bench coach Glenn Sherlock is scheduled to rejoin the Mets in St. Louis after spending the last 1 ½ weeks sidelined with COVID. Dick Scott has served as the bench coach in Sherlock’s absence.

Sean Reid-Foley avoided the injured list a day after he exited with leg cramping. Showalter said IV fluids were administered and Reid-Foley was feeling better.

Matt Reynolds was claimed off waivers by the Reds. The infielder was designated for assignment by the Mets last week.