Author JK Rowling unknowingly became the victim of a “distasteful” prank carried out by two Russian men pretending to be Ukrainian President Volodymyr Zelensky on a Zoom call.

In the video, discovered Tuesday by The Rowling Library, the “Harry Potter” author was fooled by Russian comedy duo Vovan and Lexus, who are known for prank-calling high-profile celebrities.

The duo’s past prank victims include Elton John, Boris Johnson, Kamala Harris, Prince Harry, Billie Eilish, Bernie Sanders, and George W. Bush — and it seems as though they can now add Rowling to their star-studded list.

The multi-millionaire author — who seemingly didn’t know she was being recorded — was under the impression that Zelensky called to thank her for her charity work in the country.

Earlier this year, Rowling announced she would match donations up to $1.2 million after her Lumos Foundation launched an emergency appeal to help vulnerable children and families in Ukraine.


Fully thinking she was speaking to the president of the war-torn country, Rowling appeared invested in the conversation as the pranksters asked increasingly bizarre questions throughout the interview.

During the increasingly-awkward 12-minute call, the impersonators asked Rowling about her thoughts on imposing sanctions on Russian actor Aleksandr Kuznetsov, who starred in the most recent “Fantastic Beasts” film.

“Fantastic Beasts has been a very interesting experience. I’ll certainly talk to people and see what we can do,” Rowling said raising her eyebrows while taking copious notes. 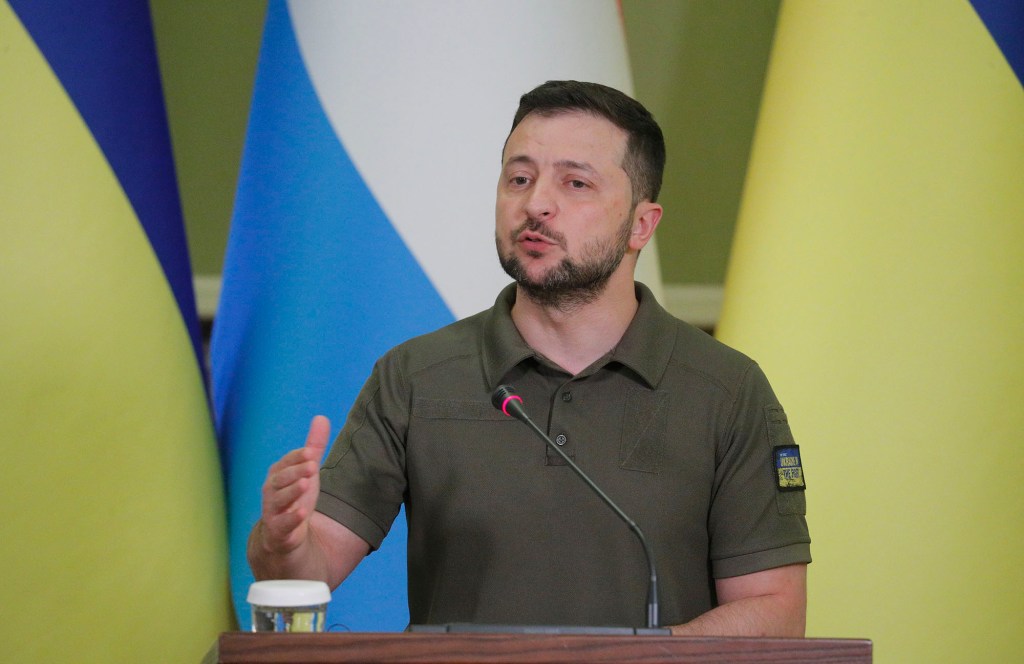 The prankster duo, whose real names are Vladimir Kuznetsov and Alexey Stolyarov, later pressured Rowling into answering whether or not Dumbledore was gay as they asked who the friendly giant had slept with. 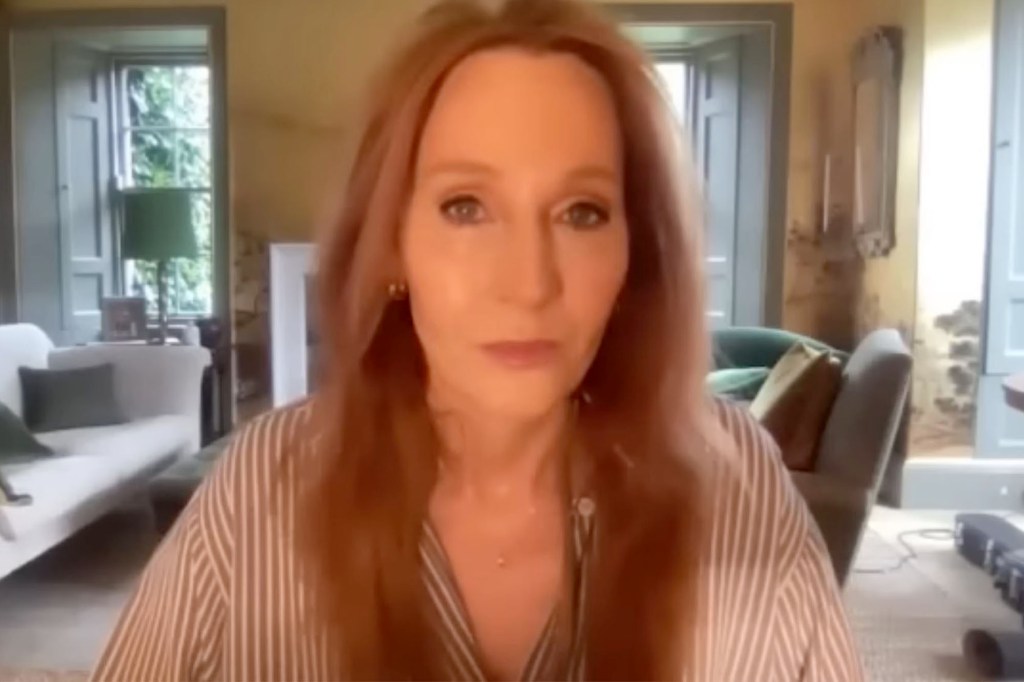 The multi-millionaire author was under the impression that Zelensky called to thank her for her charity work in Ukraine.

“Hopefully not with a transgender,” the duo said as Rowling continued to think it was Zelensky on the other line.

“I said in 2007 that I always saw Dumbledore as gay,” she said in response. 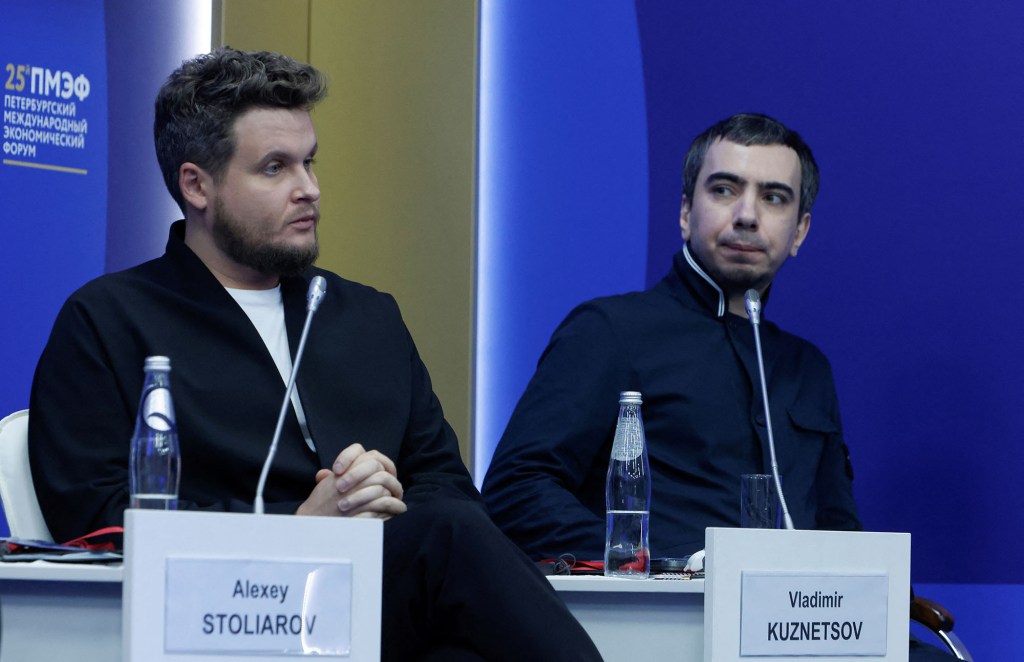 The pranksters real names are Vladimir Kuznetsov and Aleksei Stolyarov.REUTERS

The two men later said they were writing a book on missiles titled “Avada Kedavra” — the infamous killing curse in the wizard franchise.

The duo asked Rowling, “By the way, I ordered that our fighters write ‘Avada Kedavra’ on the missiles that we will launch in Donetsk and Luhansk, so how do you like this joke?” 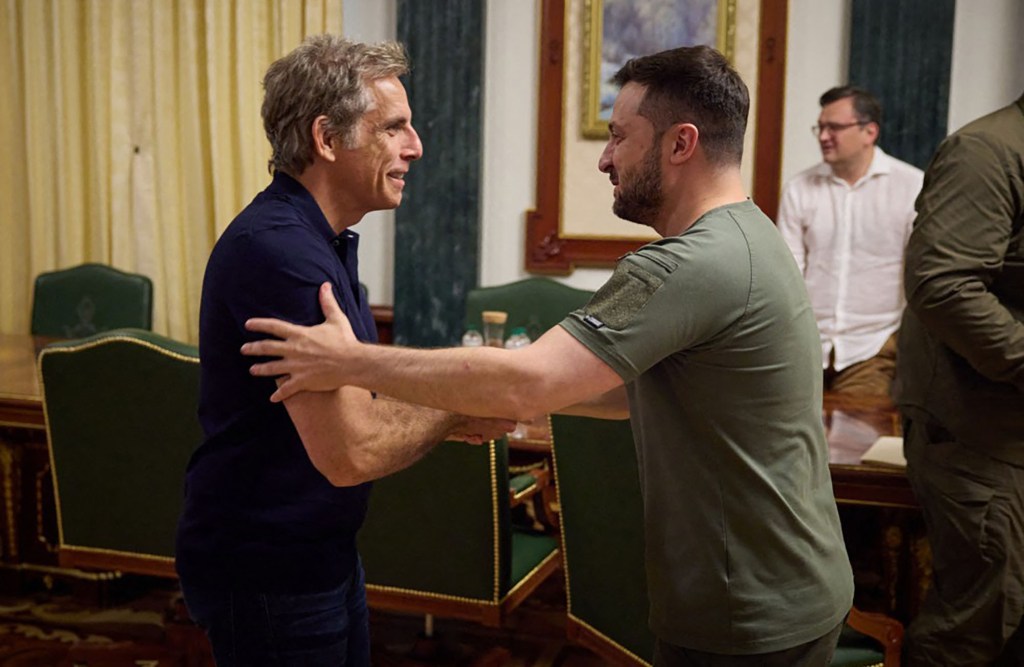 Next, the pair told Rowling that Harry Potter’s lightning bolt scar on his forehead closely resembles the Russian war symbol displayed on their military vehicles. They asked her whether it could be changed to the Ukrainian trident instead as an act of solidarity.

“I will look at that. It might be good for me to do something with that myself on social media because I think that will get into the newspapers,” she responded.

After an uncomfortable 12 minutes on the call, the prank was over. The duo turned their camera to introduce three elderly people wearing T-shirts that read, “Only Putin!” in Russian. 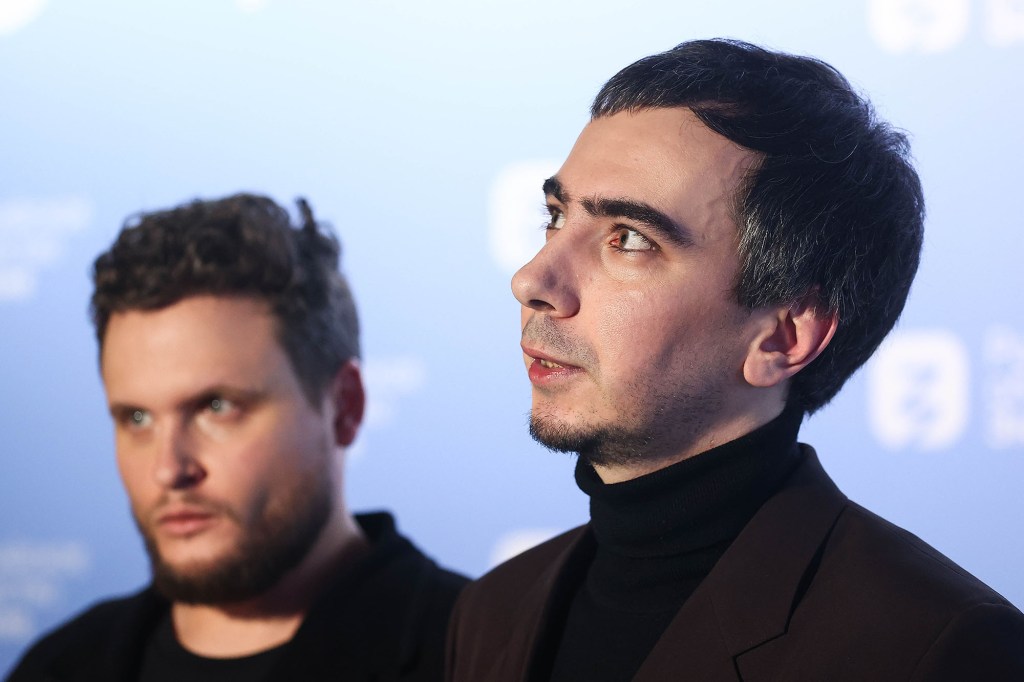 The pranksters revealed the ruse after an awkward 12-minute conversation.ZUMAPRESS.com

Rowling’s spokesperson since labeled the prank as “distasteful” in a statement to The Hollywood Reporter.

“JK Rowling was approached to talk about her extensive charitable work in Ukraine, supporting children and families who have been affected by the current conflict in the region,” Rowling’s rep told the outlet. “The video, which has been edited, is a distorted representation of the conversation.”