It Starts On The Page: Read The Script For The Penultimate ‘We Are Who We Are’ Episode From Luca Guadagnino, Francesca Manieri & Paolo Giordano Call Me By Your Name director Luca Guadagnino returned to the serene coasts of Italy for HBO Max’s We Are Who We Are.

The director’s debut TV project is the next stop in Deadline’s It Starts On the Page, a series that highlights the scripts that serve as the creative backbone of the now-underway TV awards season. The scripts are all being submitted for Emmy consideration this year and have been selected here using criteria that includes critical acclaim, selecting from a wide range of networks and platforms, and a mix of established and lesser-known shows.

Episode 7, the penultimate installment of the limited series, continues the saga of self-discovery and coming of age on a  fictional military base in Chioggia, Italy. On the heels of Donald Trump’s presidential victory in 2016, Caitlin (Jordan Kristine Seamón), Fraser (Jack Dylan Grazer) and their friends mourn Craig, a soldier who died in an IED explosion in Afghanistan.

We Are Who We Are is co-created by Guadagnino, Sean Conway and Paolo Giordano. The cast also features Francesca Scorsese, Alice Braga, Faith Alabi, Benjamin L. Tayor II and Tom Mercier.

Read the script for Episode 7, penned by Giordano, Guadagnino and Francesca Manieri, below. 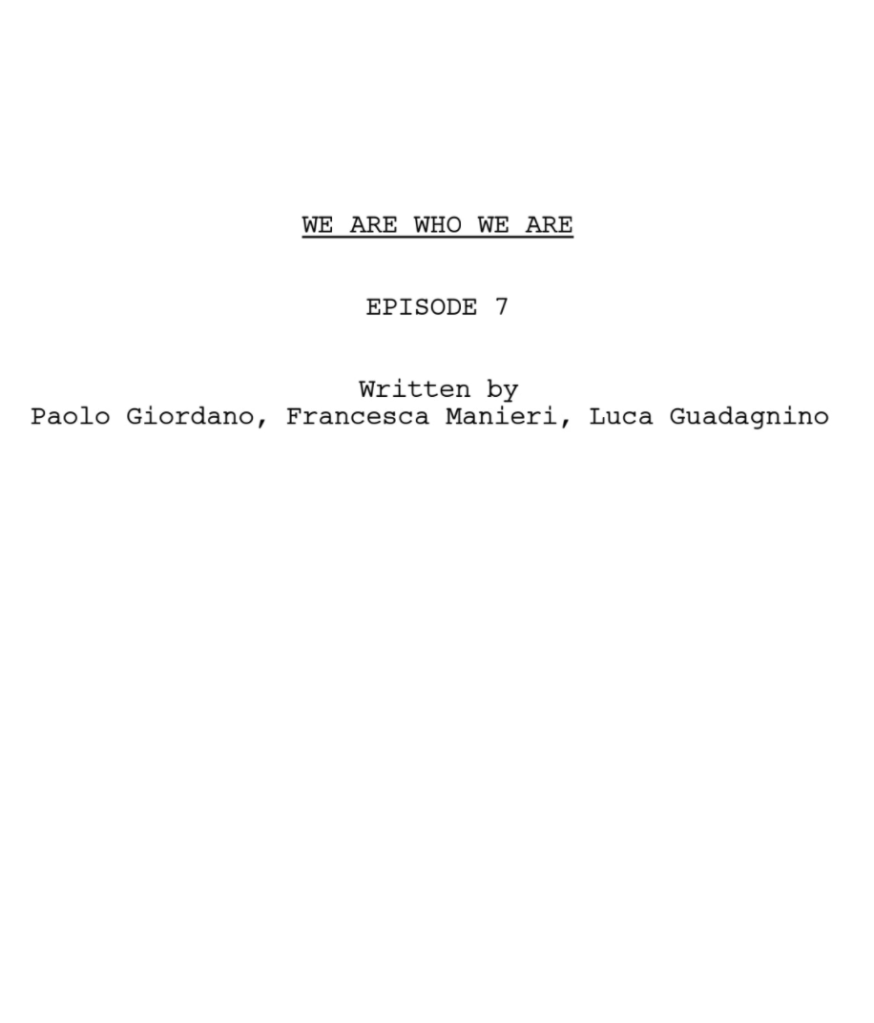